Day 7-Isfahan, half of the world 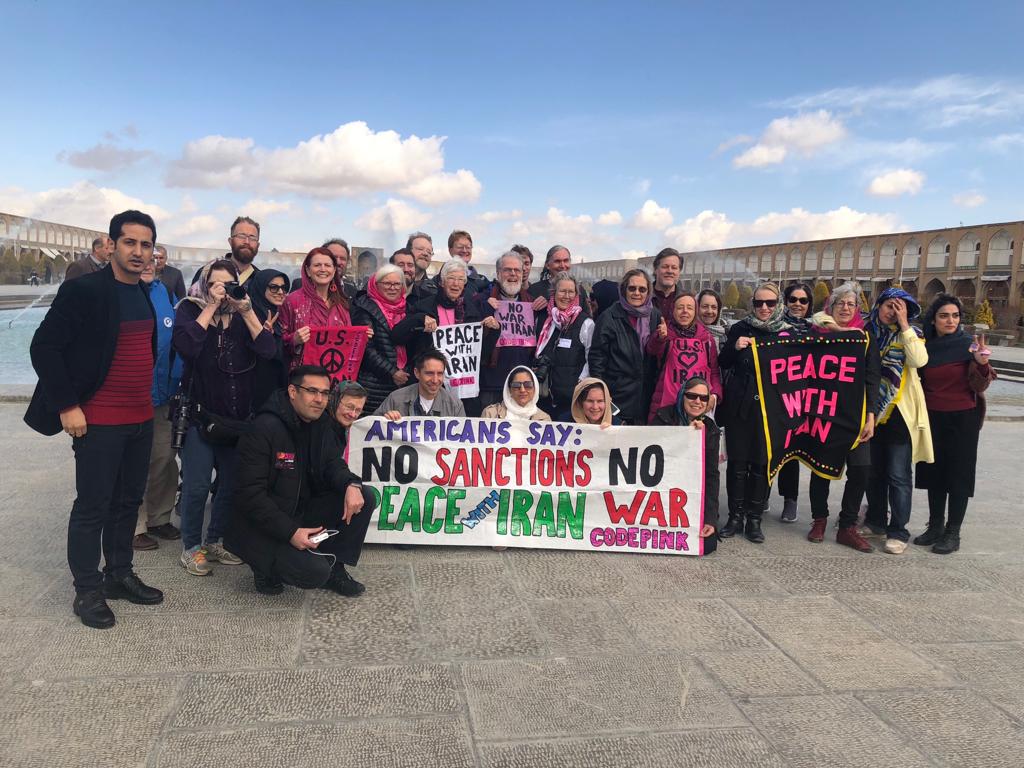 After so many intense days of meetings, interviews, and dialogue, we were ready for an intense day of sightseeing! Our new hotel, the Isfahan Parsian Kowhar, plied us with another amazing breakfast, and we piled onto our now familiar bus, and headed to Naghsh-e Jahan Square, the second largest public square in the world, after Beijing's Tienanmin Square. The stunningly beautiful Naghsh-e Jahan was built over a period of several years in the early 17th century by Shah Abbass, who had made Isfahan his capital. The four sides of the square include the four elements of a well-functioning society, including religion, represented by the Sheik Lotfallah Mosque; government, represented by the Shah's palace, the incomparable Ali Qapu; commerce, represented by the Grand Bazaar; and education, represented by the madraseh, or religious school in the Imam Mosque. The buildings are all restored and carefully preserved, and the Square and its buildings have been designated a UNESCO World Heritage Site. 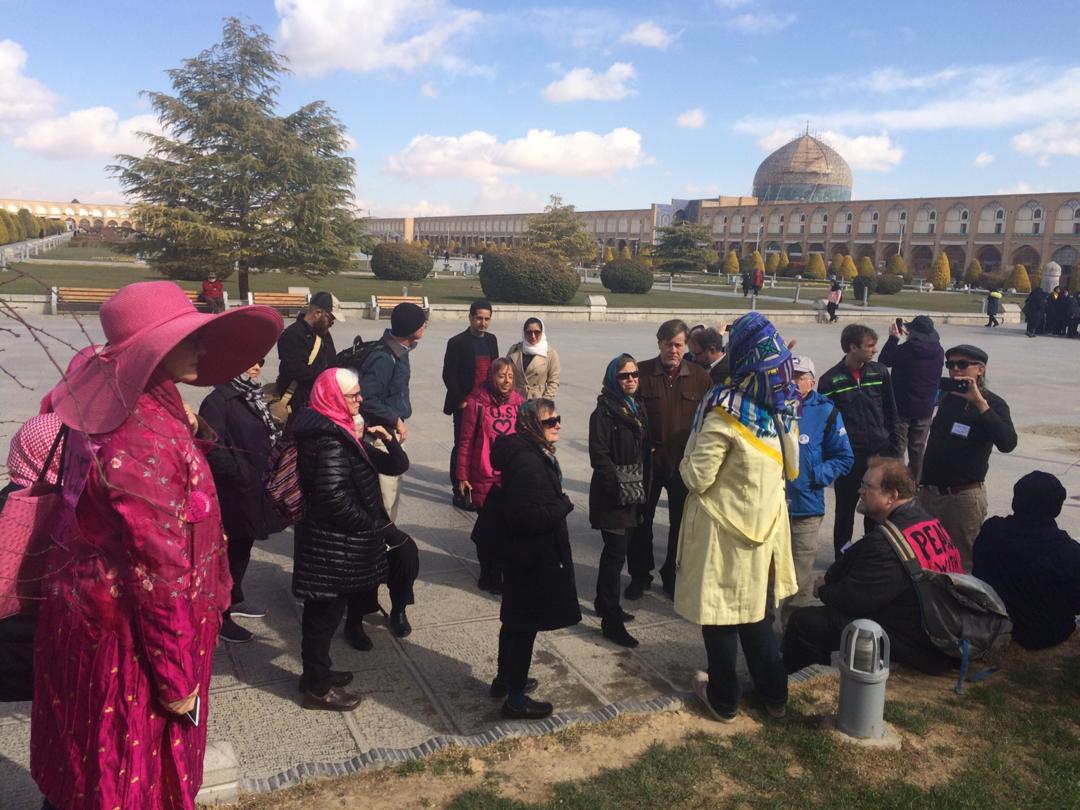 As we entered the Square, a group of young students from Tehran, in Isfahan on an overnight field trip, were also entering the space. I listened to them gasp with surprise and delight upon seeing this magnificent site for the first time. One uttered, "How beautiful." Another said, "It's so big!"

Having served in Iran in the Peace Corps in the 1970's and become reasonably fluent in Farsi during that time, I have found my Farsi returning, perhaps not as quickly as I would have liked, but enough that I can enjoy hearing conversations like the above, and engage with people in Farsi. In fact, all of our delegation members have found it easy, fun,and incredibly rewarding to speak with people everywhere we go. Language is not really a barrier at all! 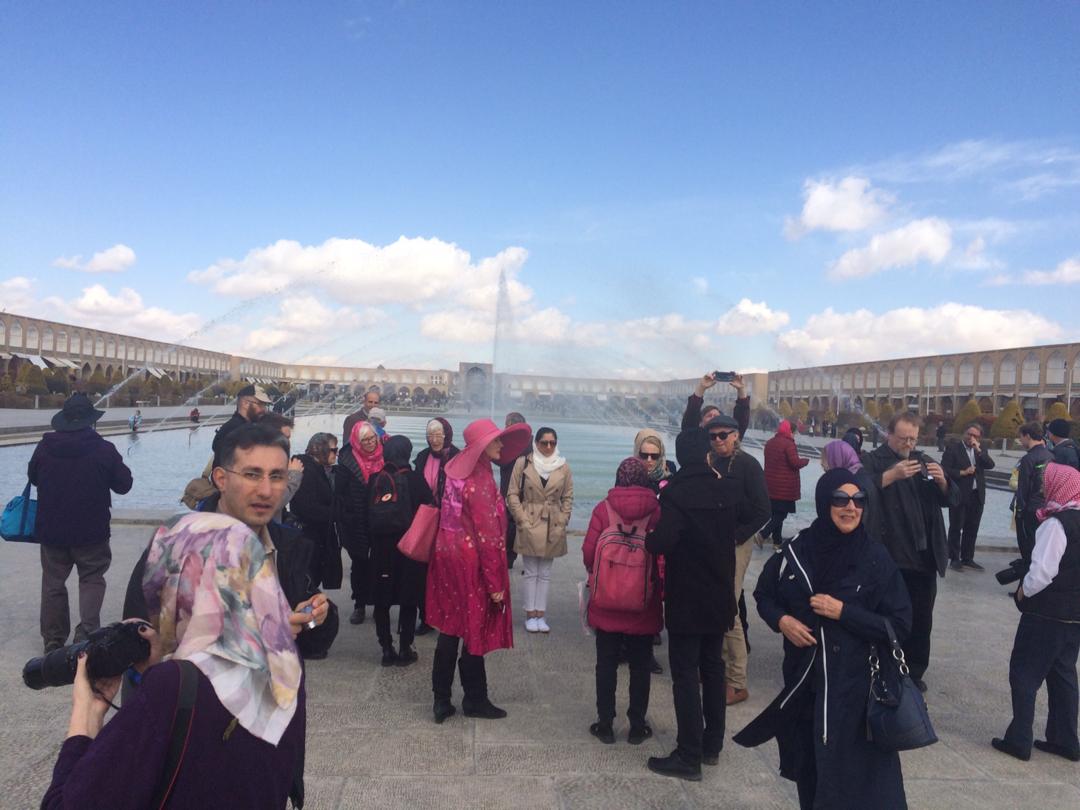 Many Iranians both in Tehran and Isfahan have told us that they love the American people and that the current problems are only between the governments.That said, we have also heard stories of people here dying, including a 3-year old girl whose parents could not get hold of the needed cancer treatment, and adult who, after receiving a kidney transplant could not get the n

After a fabulous lunch at a restaurant, we arrived at the stunning Armenian church in the Jolfa neighborhood. Armenians were brought to Isfahan from their homeland by Shah Abbass in the 1600's, where they have created a thriving community, with a church, museum, and many businesses. The museum, on the church grounds, showcases the history of Isfahan's Armenian community. On the way out, we photographed a lively group of schoolgirls on a field trip from their school.

A serendipitous find in Jolfa offered one of the day's highlights - the Isfahan Music Museum. We joined with a group of Portuguese for a tour of national Persian musical instruments, followed by a live performance by five Persian musicians playing tambour, setar, santour, tambour, and the voice, ie singing! Utterly mesmerizing. 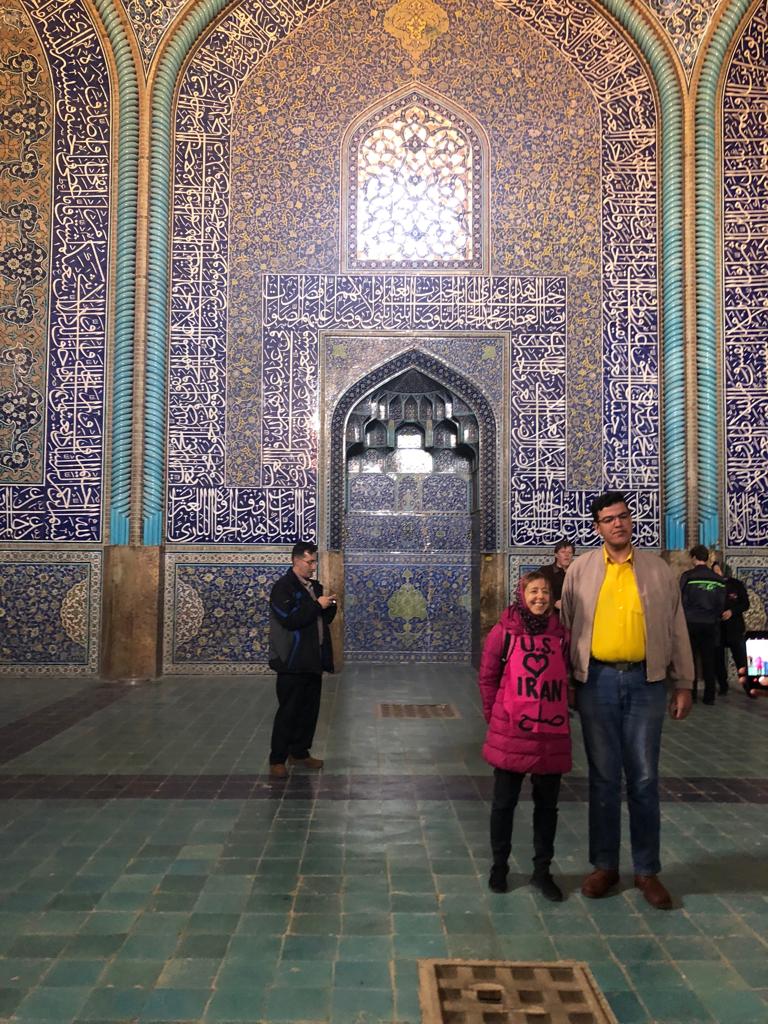 We ended this whirlwind day with a visit to a Jewish synagogue in the Jewish neighborhood, where the temple leader opened the doors after the Friday service and answered questions for us as we stood in the entryway out of the freezing cold. In fact it was cold enough in Isfahan today to actually drop a few snowflakes on us here and there.

We finished the day with tea, coffee, and a light supper at the stupendous Abbassi Hotel. Built during the "Shah time", as people call it, this beautiful space still offers a luxurious escape from the Isfahan's bustle.

Our Iran trip is winding down. We separate into two groups tomorrow, with one group continuing on to Shiraz and the rest of us heading back to Tehran for the trip home. All of us would agree that this has been a trip of a lifetime!