Day 4-A Long Meeting with Parliament 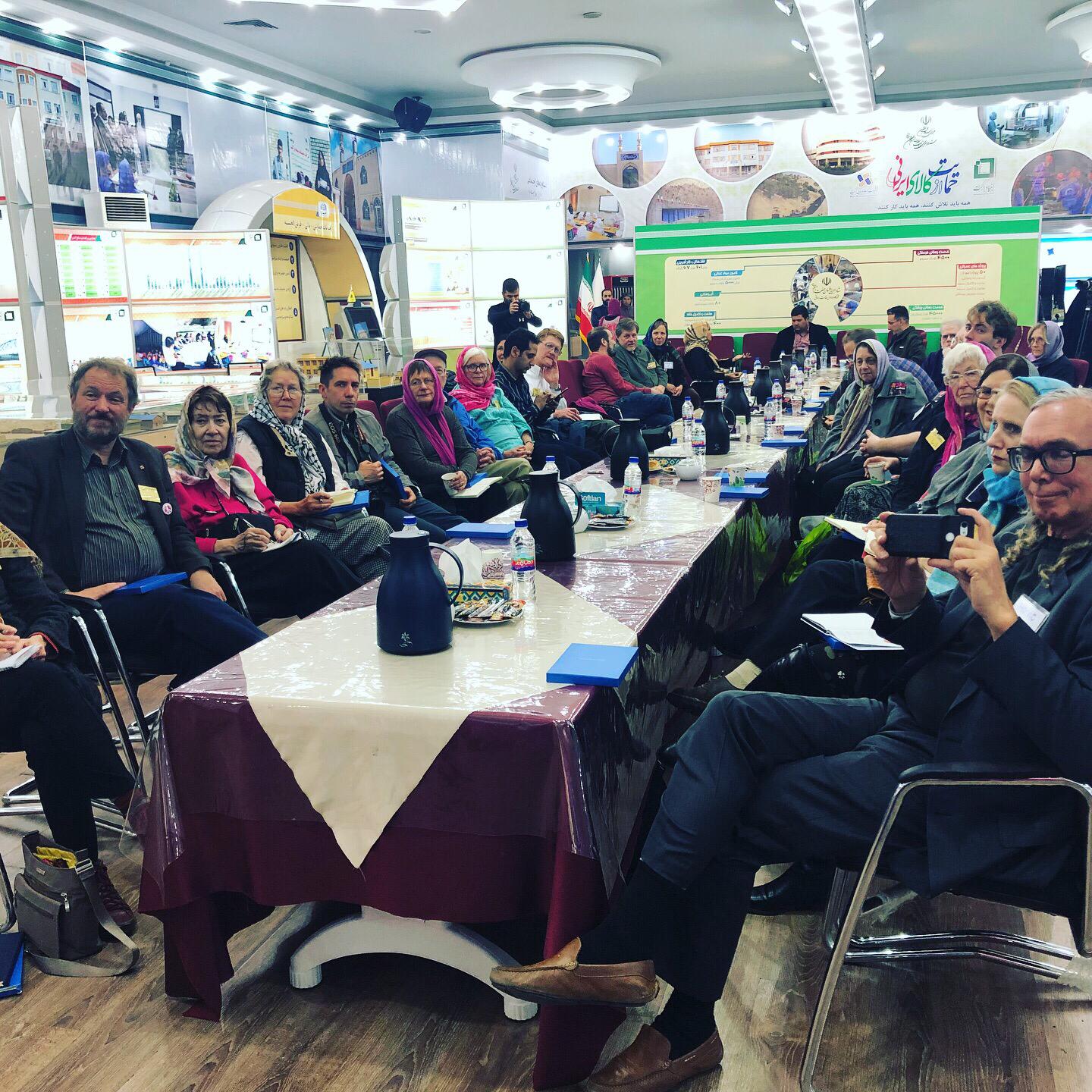 Usually days start after breakfast but around midnight Monday we learned that Foreign Minister Zarif, with whom we had had a great session Monday morning, had resigned that afternoon.  We had been his last public function. The NYT reported that he resigned with an ‘apology’ to the Iranian people; he had gone to great lengths to negotiate and secure the Iran nuclear deal but after it being in place, the United States ultimately rejected it.  It appears that this is a political power play between the conservatives and those who want stronger relationships with the West.

After breakfast we went to the Iranian parliament.  It has 290 members being elected to four year terms. Their new year starts with the holiday of Nowruz (March 21).  Unlike the foreign ministry the day before, security was in place in the parliament grounds; we did not see anyone carrying a gun but were asked not to bring bags or any electronics.  In 2017 there was a terrorist attack on the grounds the result of which 17 civilians were killed. We did see a group of women students who had come to also observe the session.

The parliament building is a very modern building shaped like a pyramid to one side and a vertical wall cutting off what would otherwise be the other half of the pyramid.  As we watched from the gallery, we heard parliamentarians discuss the budget for the coming year, an agricultural proposal and a debate about taxing water and utilities. There are 17 women parliamentarians, up from 7 in the previous parliament, and they all sat in the front two rows. 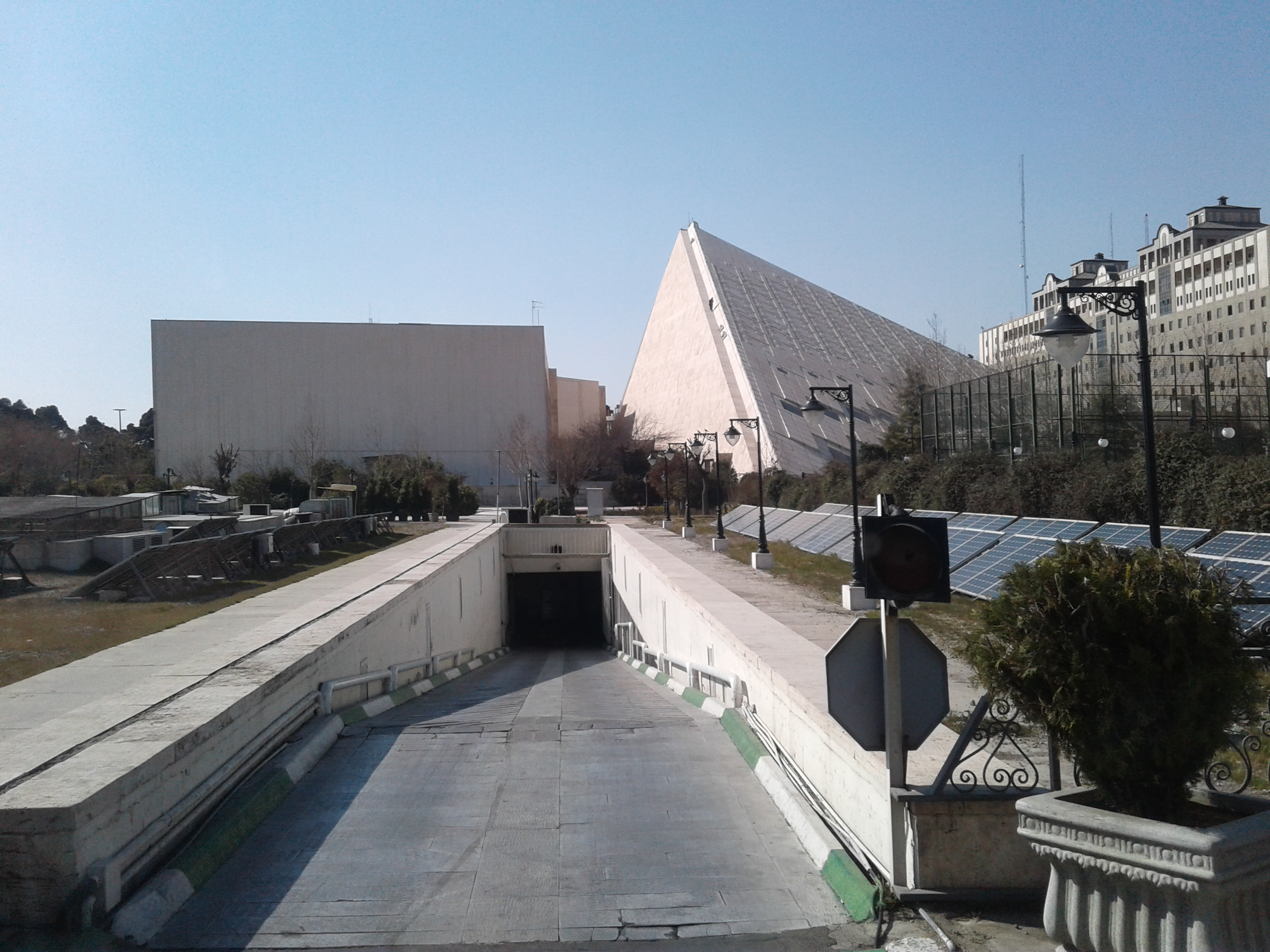 A member of parliament from Tehran came up to greet us. He is considered a hero because he had fought as a child in the Iran-Iraq war and had lost his leg.  Three of the female parliamentarians also came up to the gallery to greet us. One of them had just previously given an impassioned speech against reducing the agricultural budget and reallocating that part of the budget.

After lunch in the parliament dining room we met with the special assistant on international affairs to the speaker of the parliament.  He shared with us his experience in working with the Americans and British on a number of issues.

He gave a fascinating talk about his experience both as an Iranian ambassador and negotiator.  A recurring theme was how the British and Americans would engage in negotiations and then double cross Iran in favor of Saudi Arabia. He shared what he described as the enormous error the U.S. made in Iraq in refusing to see Al Qaeda as the number one threat.

Another example was relative to Iraq. He said that the U.S. had asked for Iran’s help in fighting terrorism. Iran fought ISIS but then ran across evidence that the United States was actually supplying ISIS.  He presented the evidence to the Americans and they seemed surprised.

He also pointed out the hypocrisy of the U.S. and U.K. in refusing to oppose the repression in their allied countries such as Saudi Arabia and Bahrain.

At the beginning of the Iraq war, he had suggested to the U.S. that they agree on all the terrorist organizations they needed to fight in Iraq. The U.S. responded that their mandate was only to go after Muktadar Al-Sadr. This decision by the Americans caused the loss of many lives.

We had a brief stop at the Bakarat Foundation where they showed their great works from pharmaceuticals to construction of infrastructure such as schools.  It was an example of the powerful religious foundations that have a special relationship with the state and control a significant portion of the Iranian economy. 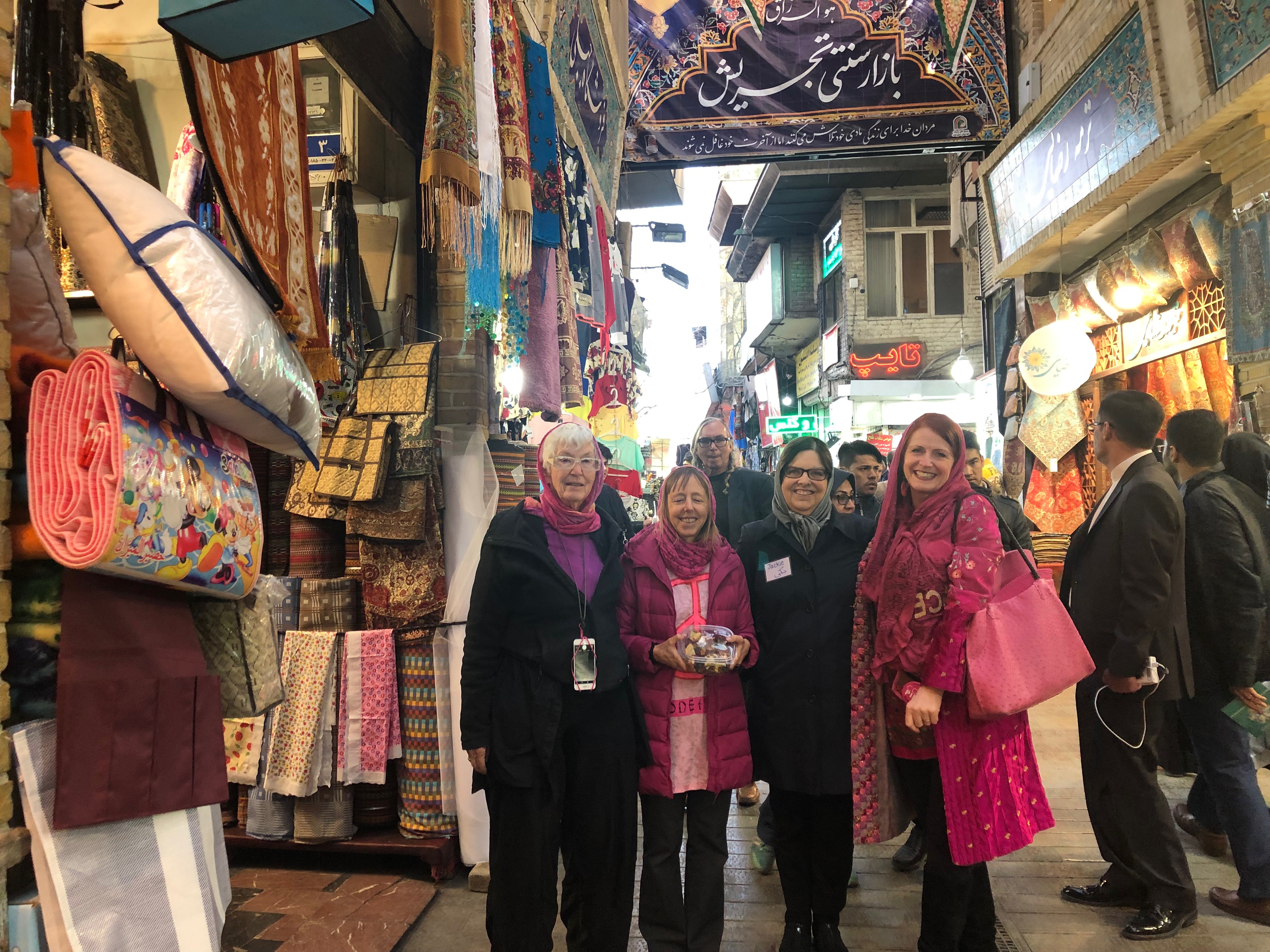 We then went to Tajrish bazaar. The smog had lifted and outside the bazaar we could see the nearby snow-capped mountains.  The bazaar which has been in existence for more than 200 years included many small shops that sold everything from vegetables to herbs and spices as well as clothes and household items.  Next to the bazaar we saw the beautiful Imamzadeh Saleh mosque.

Outside the bazaar a number of us conversed with locals.  One man mentioned how much he likes Americans. However, he mentioned that his wife has cancer and that the doctor had prescribed an American cancer medication.  Unfortunately, for the last year and a half, they have been unable to get that medication because of the U.S. government sanctions and she has to use less effective medication.  He asked what they have done to deserve not being able to get medication.

We have repeatedly been told by Iranians how they like Americans but don’t like the American government.  This is consistent with what we have experienced; we have been graciously welcomed and treated very courteously and respectfully in official meetings and in the street.

We had a lovely dinner in a very fashionable restaurant.  The restaurant owner is Armenian and owns five restaurants.  He has chosen to have women managers for his restaurants for which he initially received criticism.  Women welcomed us and a woman three-piece music group entertained the restaurant guests. 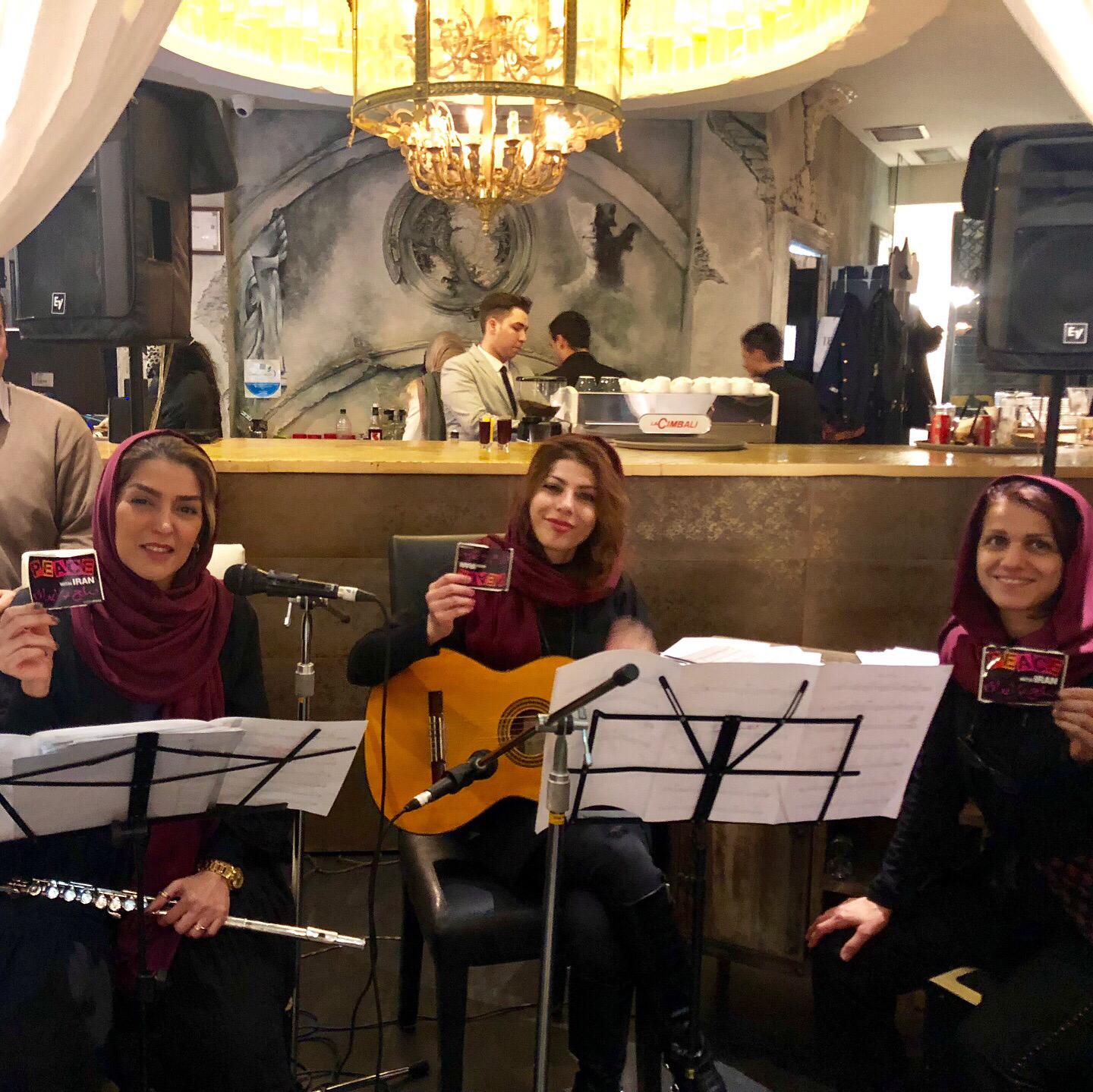 A number of the parliamentarians joined us for dinner.  An Assyrian member has worked to equalize ‘blood money’, government compensation for victims of murder and other crimes.  This compensation being based on the Quran, has historically provided a 20% premium to Muslims versus non-Muslims. He was able to get parliament and the Supreme Leader to equalize such payments independent of religion.

We had discussed amongst ourselves that we would be meeting minority representatives.  An Arab member was surprised when he was asked about being a minority; he appeared to not think of himself as a minority but instead as an Iranian.  We had heard that the day before when Iraq had tried to get the Arab-Iranians living near Iraq to turn against Iran; the Arab-Iranians stood firm in their support for their country.

One member of our delegation spoke to a couple who were also having dinner there.  The lady has a sister who lives in the United States. She would love to visit her sister and her sister’s young children but with the travel ban cannot.

We finished another action-packed day at midnight.  Preparing for our last full day in Tehran. 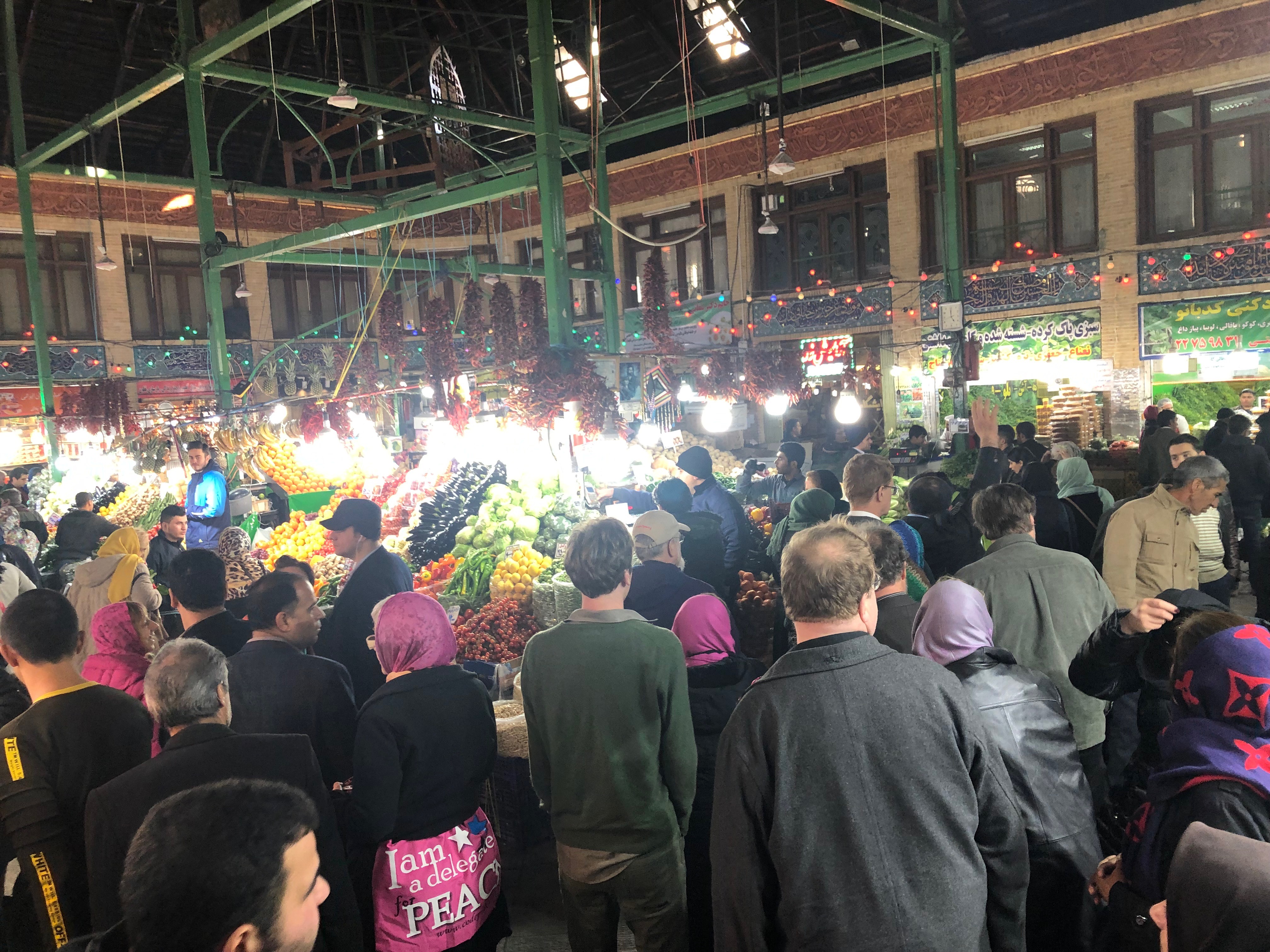 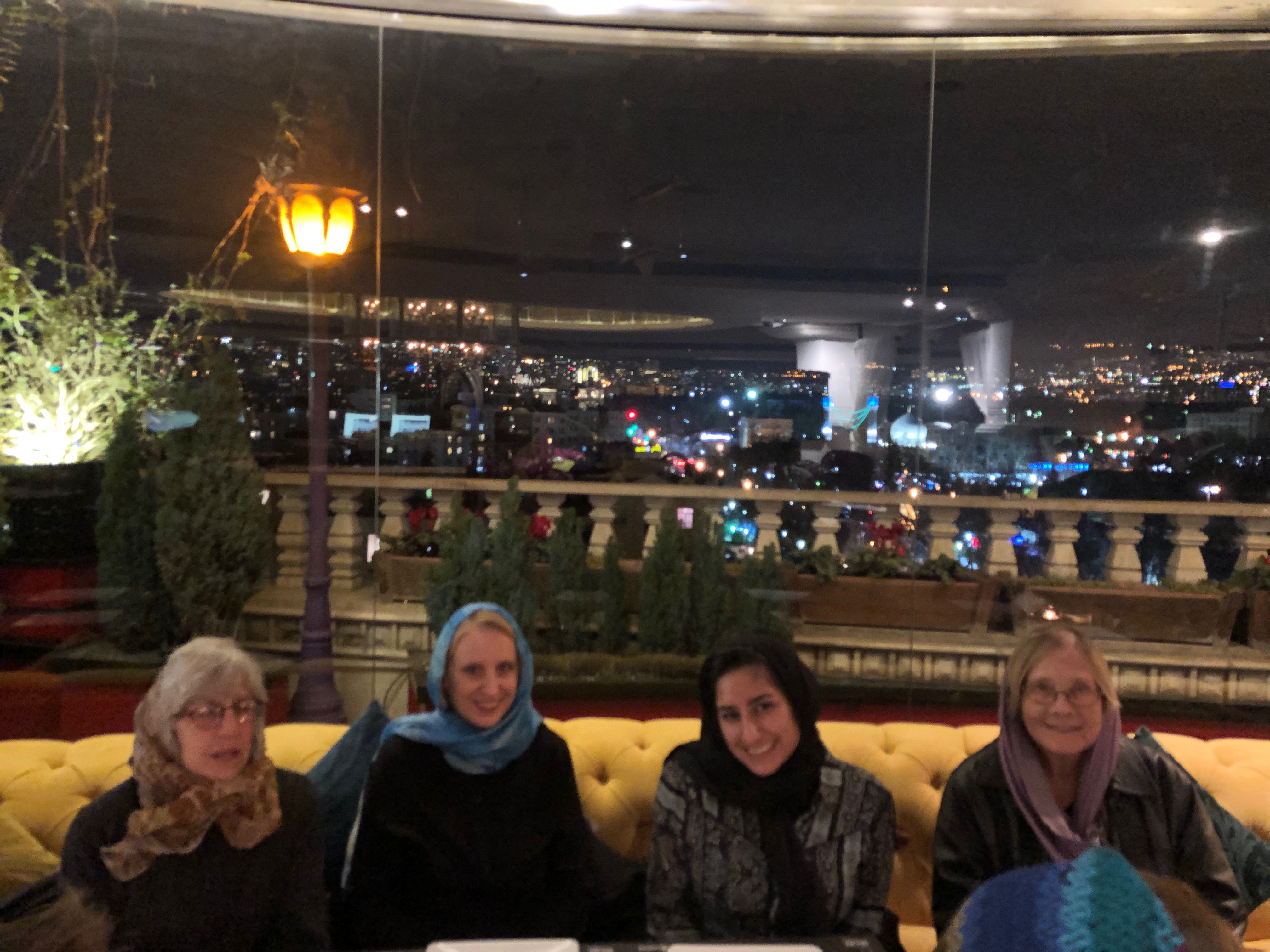