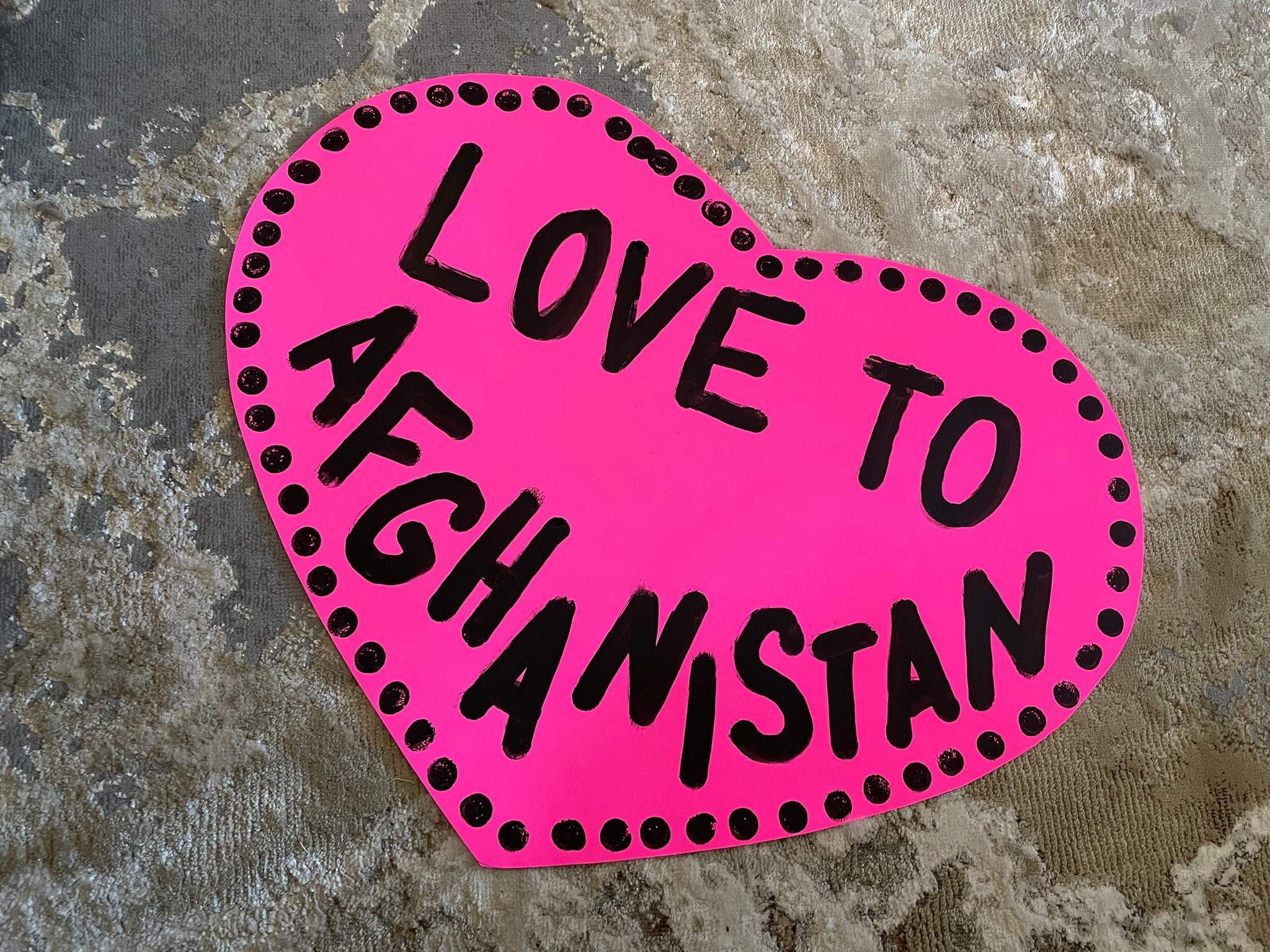 On Valentine's Day, we send our love to the people of Afghanistan by demanding that the Biden Administration unfreeze Afghanistan's assets so they can restart their economy and feed their people.

WHAT: Caravan to congressional offices, with vigils and Valentine & letter deliveries.


We'll meet at 9:30am Monday to vigil and deliver Valentines and letters, then caravan to the other two congressional offices to do the same. If you can't join us for the whole caravan, meet us at the designated times & places that you CAN make. Please wear red and/or pink, and feel free to adorn your car with messages of love for Afghanistan!


After 20 years of war in Afghanistan, peace activists welcomed the withdrawal of troops from the country and an end to the war.
Yet when the United States military pulled out of Afghanistan, the Biden administration also responded by choking off assets to Afghan banks and the economy by freezing the reserves of the Afghan Central Bank held in the U.S. They also imposed sanctions on those doing business with Afghanistan and cut aid. Jobs and income disappeared, people cannot afford to buy food and MASS STARVATION IS NOW OCCURRING.

The Afghan people are suffering now more than ever. Hunger could kill more now than in two decades of war. This humanitarian crisis in Afghanistan is in the words of the International Red Cross a “human-made catastrophe.” “Human-made” largely by coercive U.S. economic policies.

This Valentine’s Day, Peace Action and other national organizations are calling for “Love to Afghanistan” vigils across the country to promote much-needed aid to the people of Afghanistan.


We will be pressuring members of Congress to increase aid to Afghanistan and end the sanctions policies and asset freezes that humanitarian groups say are driving the current famine.

We will deliver a Valentine to Congressional offices along with the attendees’ wishes that their Congresspersons deliver on that Valentine – by increasing aid to Afghanistan and unfreezing frozen assets.

Whether or not you can make it, please TAKE ACTION NOW:

“Hello, my name is ___________ [your name] and I am a constituent from _________ [your city] and I am a member of Peace Action [or your group]. I am calling because I want to ask __________ [name of elected] you take action regarding Afghanistan and the humanitarian crisis there.
I am calling to urge [name of elected] to support an end to the harsh economic sanctions, asset freezes, and other measures that are creating an economic and humanitarian crisis in Afghanistan. I am disturbed by the reports of severe hunger and economic collapse in Afghanistan. We should be supporting the Afghan people with aid, not causing more suffering after many years of war."