CODEPINK, American Friends Service Committee, War Industries Resistance Network, Poor People's Campaign DC, poets, comedians, and other artists gathered at community gathering space, Busboys and Poets on Tax Day and Global Day Against Military Spending for a night of political education about the bloated Pentagon budget, and our work to re-invest war spending in people, the planet, and peace, instead.

There were over 100 people from the DC community who came together for the night. Huge thanks to the performers who made us think, tear up, and relievingly, even LAUGH! 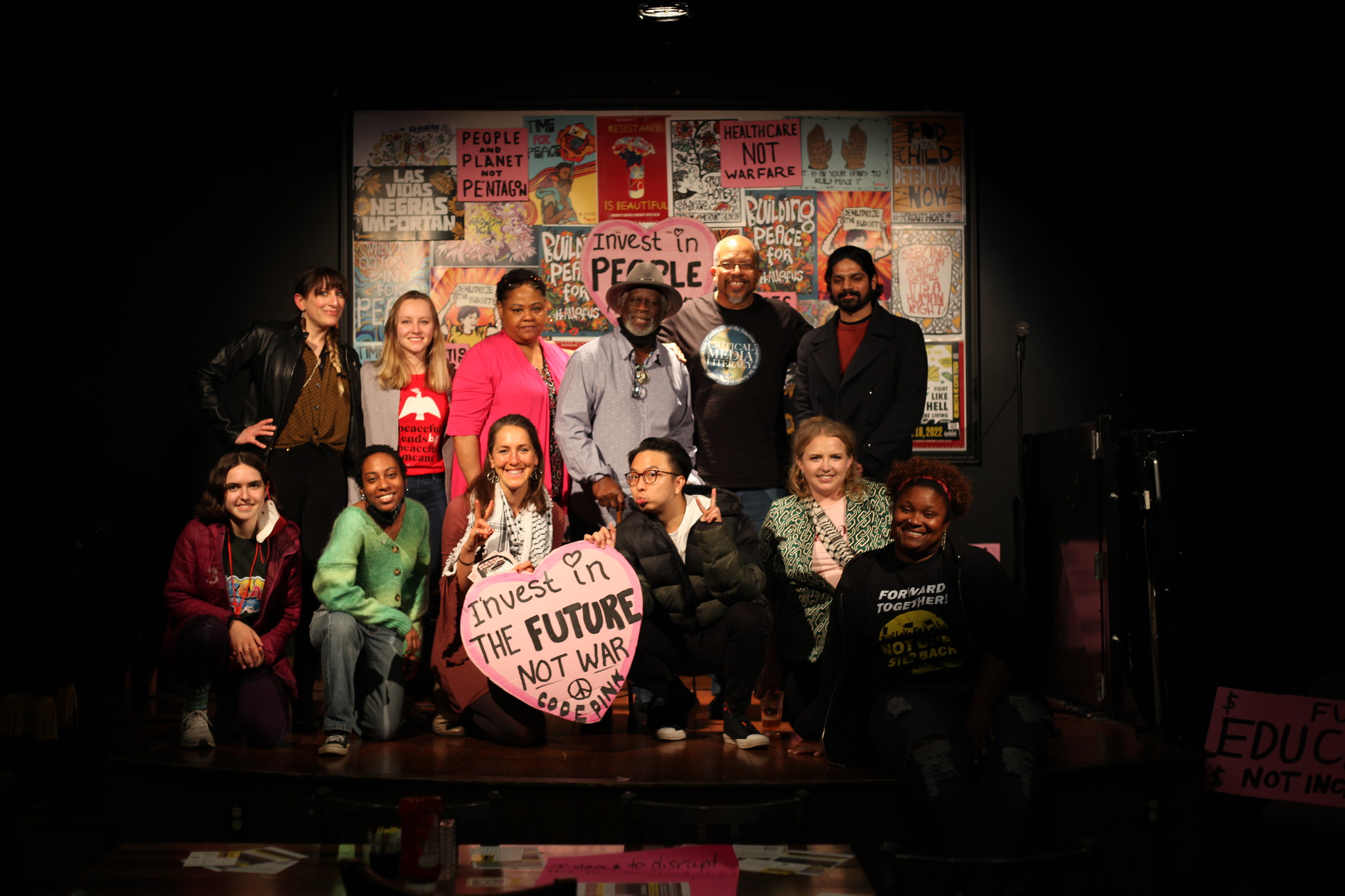 The President requested $813 billion dollars for the military and nuclear weapons next year, right after Congress passed the most bloated military budget ever. We need to join together to tell Congress: It’s time to cut Pentagon spending and give peace a budget instead!

The devastation of this war machine affects all of us. Military spending funds wars, supports occupations, and destroys ecosystems. In the United States, it comes in the form of militarized police departments, surveillance of Indigenous water protectors, recruitment of our children into a culture of war and violence, and the pain and suicides of soldiers. 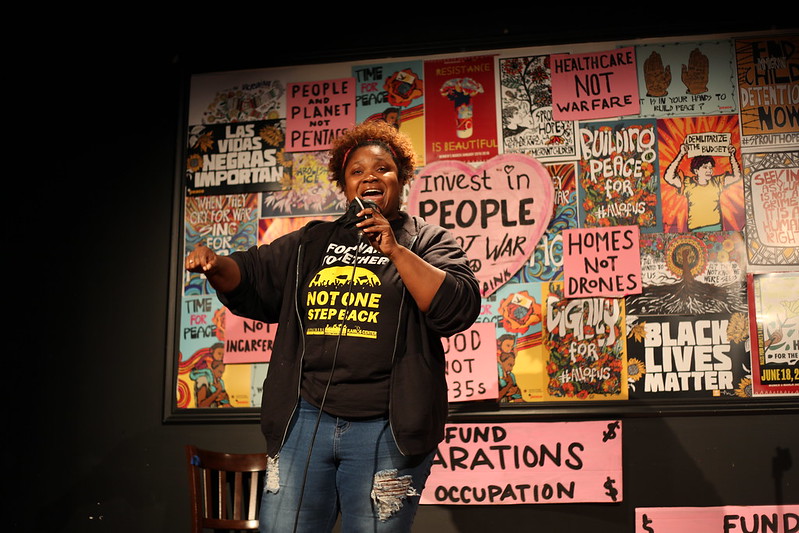 We will continue to have monthly arts and political education nights to bring more people into the space of anti-militarism work and build local to global solidarity together. We are continuing to build to the lead up of the Poor People’s National Assembly and Moral March on Washington June 18th weekend. Sign up to join us!