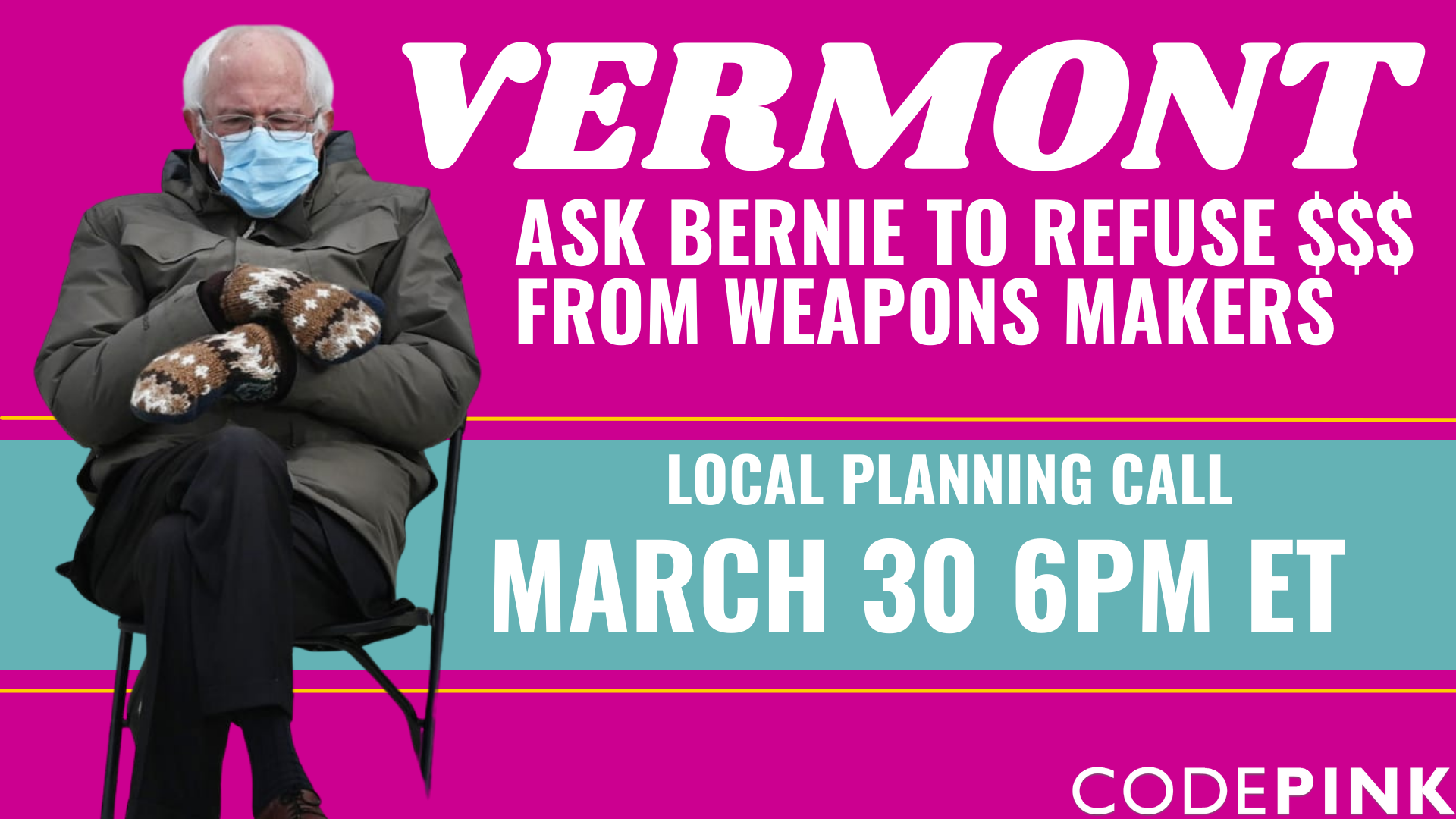 Calling all peace activists in Vermont: Join us on March 30 at 6:00ET to learn about the US arms trade and do your part to stop it. Our Call to Disarm campaign is working to get as many members of Congress as possible signed on to our Divest from the War Machine Pledge. If they sign it, it means they won't take any campaign contributions from weapons companies! Did you know Bernie Sanders takes campaign contributions from weapons makers?

These organizing tactics make tangible change. When members sign the pledge, they are more likely to vote against Pentagon spending increases and against arms sales. The arms trade causes so much destruction at home and abroad. Come organize with your neighbors in Vermont!