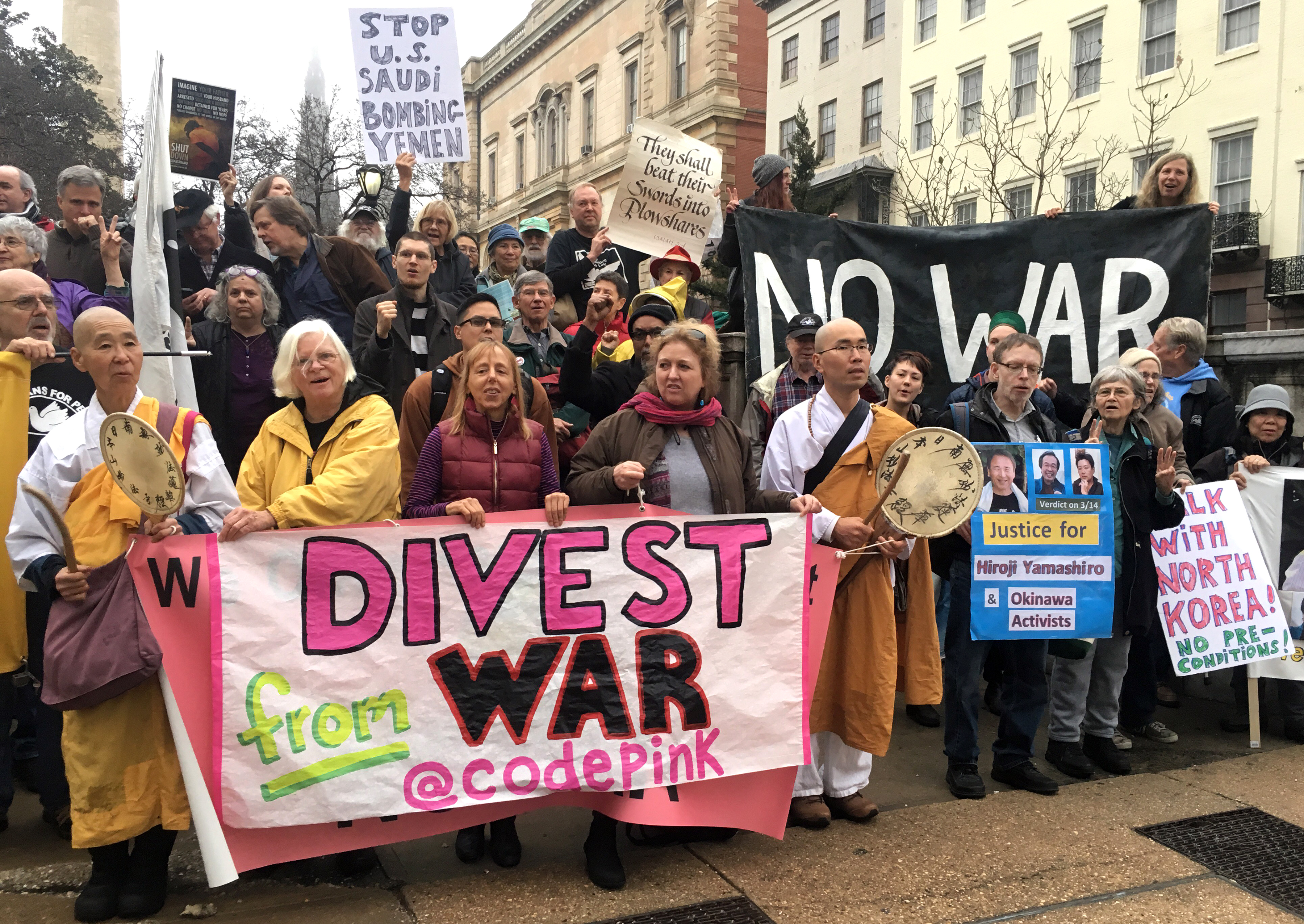 Washington, DC, July 12, 2019 — Today the House of Representatives passed the NDAA with a number of significant victories towards ending US involvement in the Saudi-led war on Yemen and preventing a war with Iran. However, even with these victories, the House version of the NDAA authorizes $733 billion for defense spending — a grotesque amount of money to be thrown at the Pentagon and US weapons companies and the largest amount ever authorized. As in prior years, this expenditure comes at the expense of vital programs and policies such as health care, education, and addressing climate change and of the Pentagon having failed an agency-wide audit last year. The Senate version of the bill calls for even more money: $750 billion.

The House did make great gains today towards shifting US foreign policy and rebuking President Trump’s actions that are exacerbating the conflicts in the Middle East.

CODEPINK applauds the House’s passage today of a number of amendments: clarifying that Trump may not go to war with Iran without congressional approval; ending US support for the Saudi/UAE war in Yemen; repealing the 2002 Authorization for the Use of Military Force against Iraq; and offering solutions to achieve peace and denuclearization on the Korean Peninsula; preventing funds in the NDAA from being used for Trump’s border wall; and others.

In the coming months, there will be negotiations between the House and the Senate, and we must fight to keep these amendments in the final version. We must also continue to try to rein in the out-of-control Pentagon spending. But with today’s passage of so many positive amendments, progressives inside and outside of Congress are setting the stage for getting us out of two decades of war in the Middle East — and stopping a new war in Iran. We thank the grassroots supporters who helped make this happen, our champions in Congress who put forward these amendments, and all the members of Congress who are working to end these endless wars.