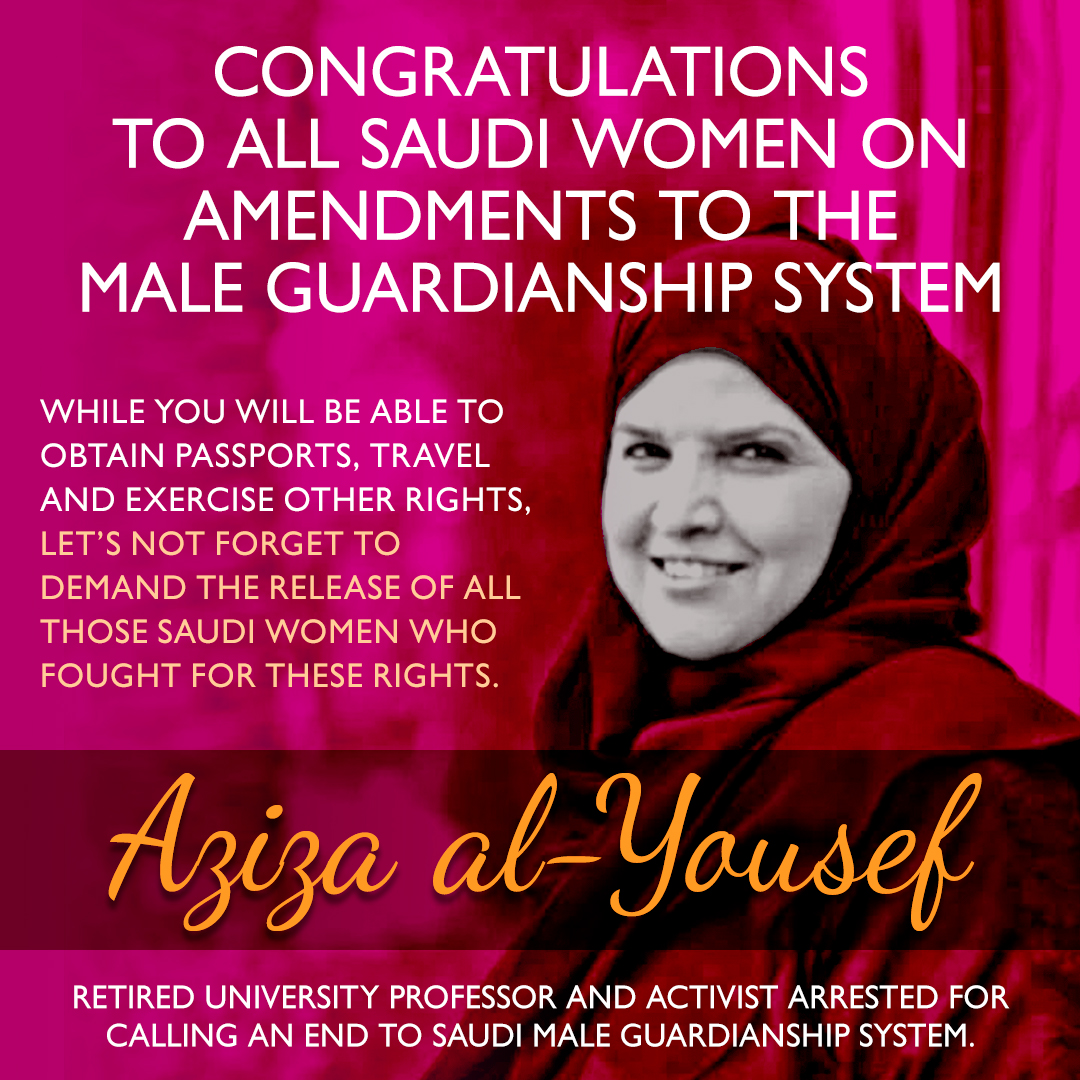 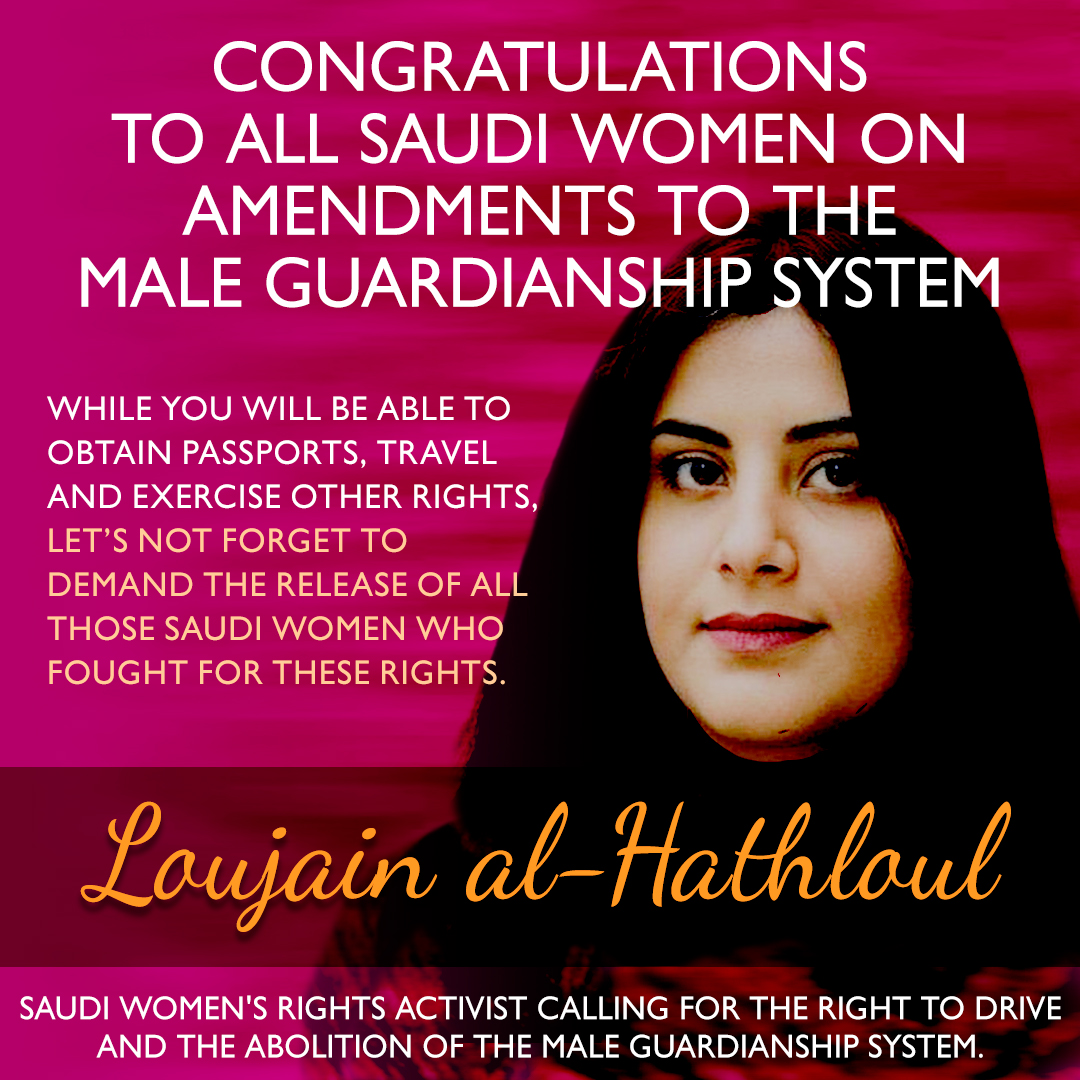 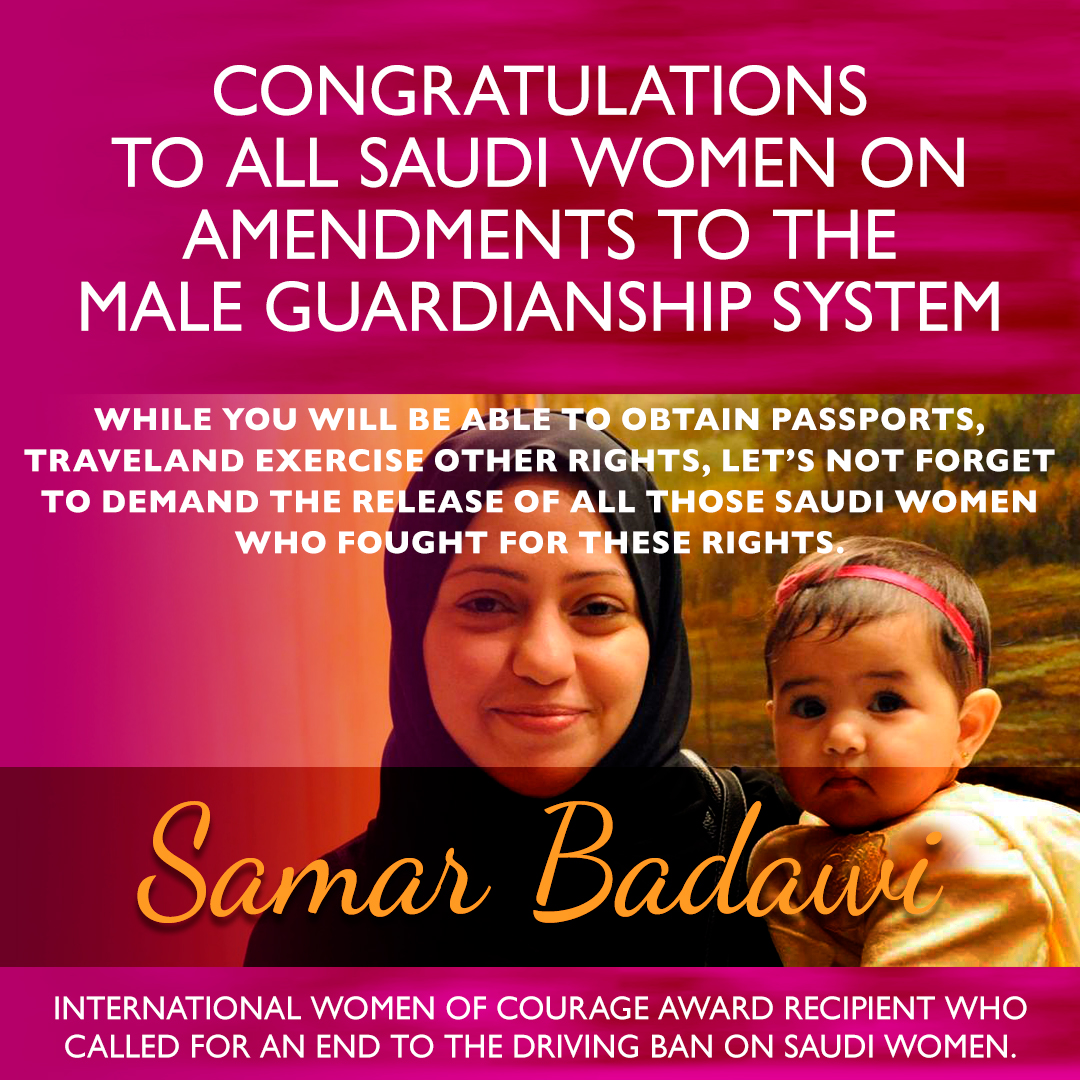 August 1, 2019 — CODEPINK is thrilled that Saudi Arabia has announced today they will be abolishing part of their male guardianship system, finally granting women the right to obtain passports and travel (if 21 years of age or over), report births and deaths, and obtain family identification cards without the need for male authorization. Women will still need the permission of a male guardian to marry or divorce.

We applaud the Saudi women who worked tirelessly and sacrificed for this change and call on Saudi Arabia to drop the charges against, and release, the Saudi women’s rights activists who campaigned for these rights and the right to drive. In 2018 Saudi Arabia did away with its ban on women drivers, but afterwards arrested the very women who had campaigned for the right. Many of these women are still languishing in prison, enduring torture.

CODEPINK calls on Saudi Arabia to now abolish entirely their repressive male guardianship system and well as other laws and customs that repress women. These include:

Women also face discrimination when it comes to child custody and laws regarding unwed mothers.

Saudi women have a long way to go to achieve equality. Most important is for Saudi women to have the right to openly advocate for their rights. Now, these rights are “bestowed upon them” by male rulers and women who fight for their rights are jailed, tortured, fired from their jobs, and in other ways silenced. The Saudi rulers must open the system so that women can openly advocate for the changes they want to see.