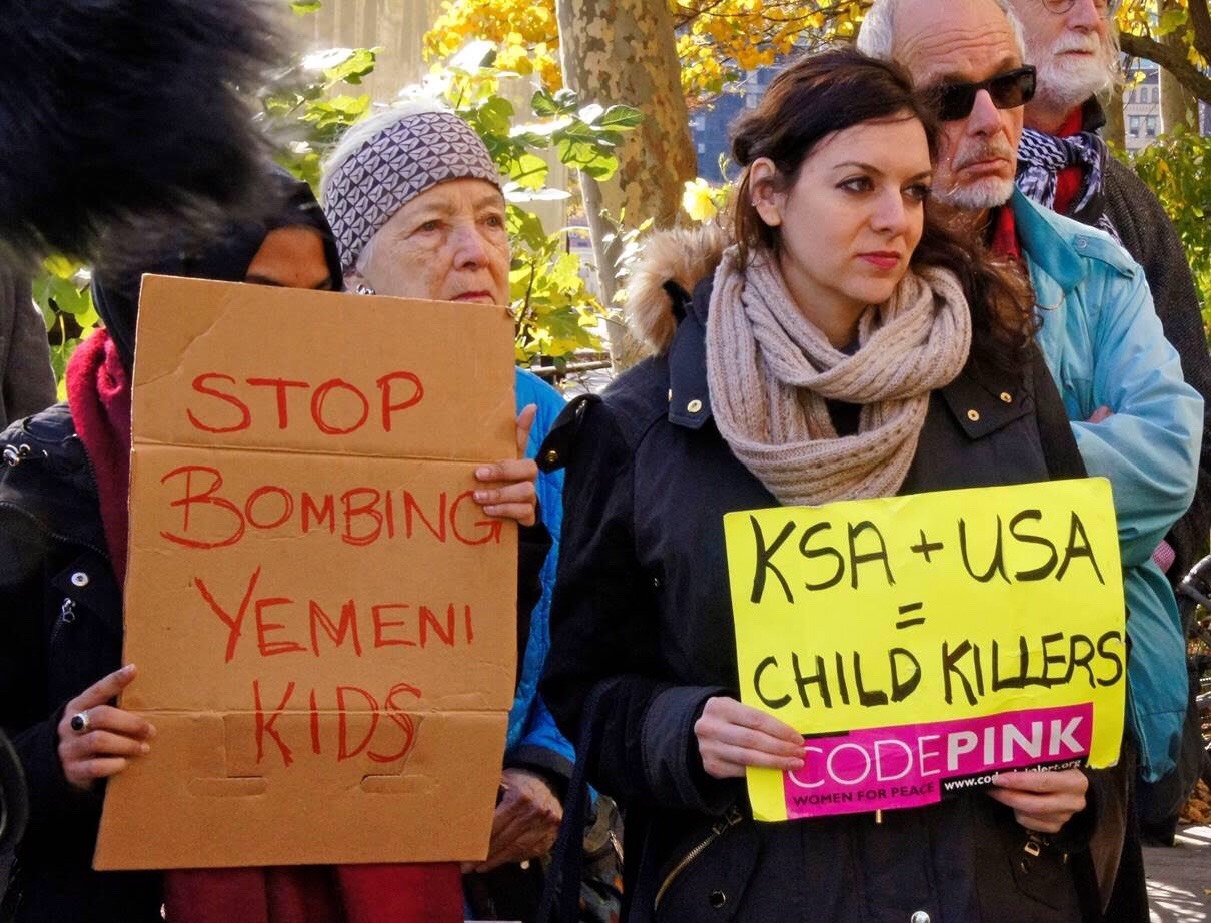 On November 6, 7, and 8 in New York City, a diverse group of anti-war activists including Voices for Creative Nonviolence, CODEPINK, Veterans for Peace, Yemeni immigrants, and university students raised our voices to call for an immediate end to the bloodshed in Yemen. Yemen is the greatest humanitarian crisis of all time — the war has killed tens of thousands of Yemenis, mostly civilians, and displaced about 3 million others. The United Nations warns that some 14 million people, half the population of Yemen, are on the verge of starvation. 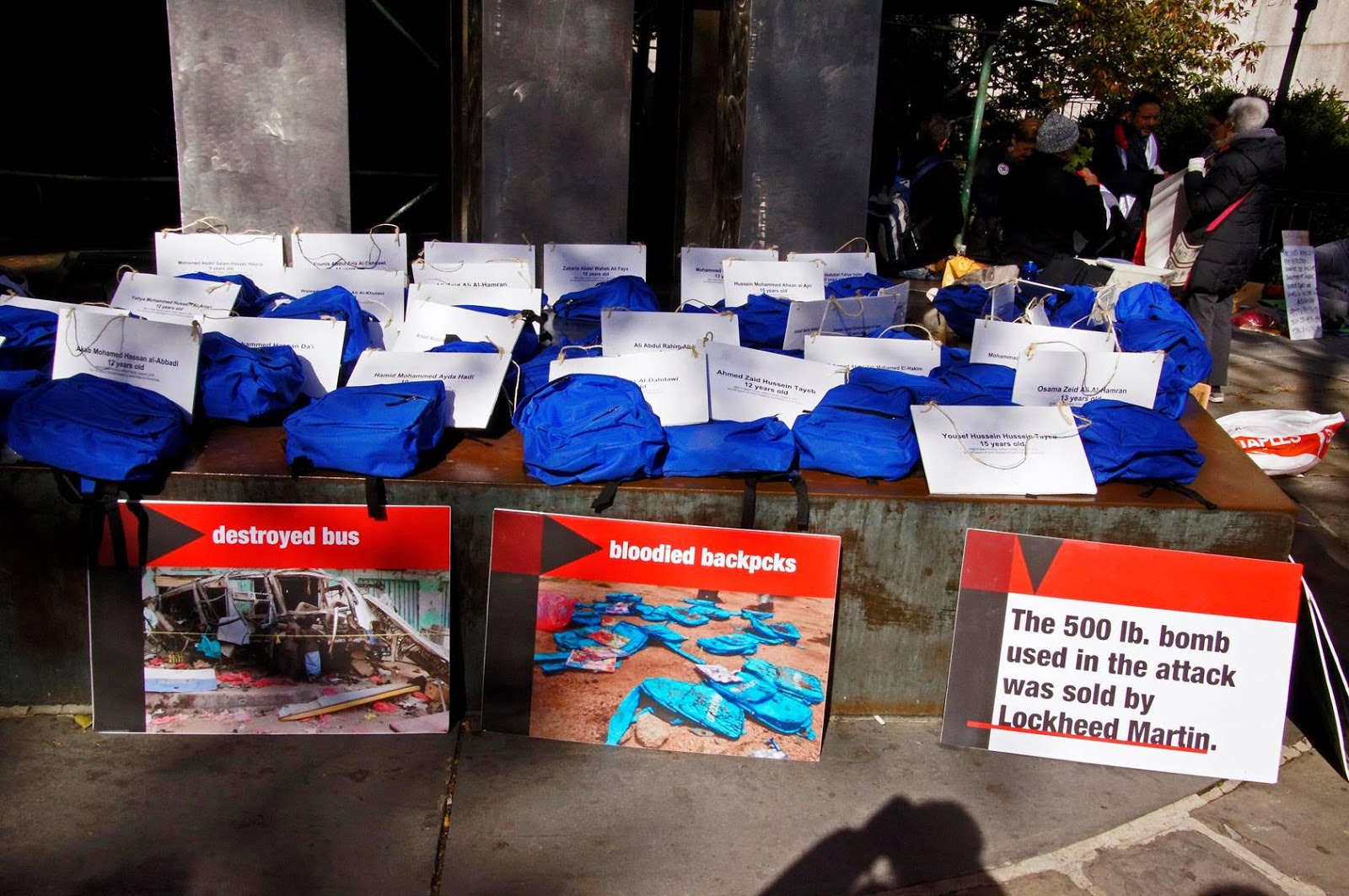 Beginning at 11 am each day, NYC protesters demanded all parties in Yemen halt military and economic warfare. We gathered at the Isaiah Wall across from the United Nations. We marched to the Saudi, United Arab Emirates, and U.S. Missions to the UN- all countries participating in the Saudi coalition-led, U.S.-funded war in Yemen — and ended at the Saudi Consulate. We called for the immediate opening of ports and roads in Yemen to allow for transport of desperately needed food, water, fuel, and aid. 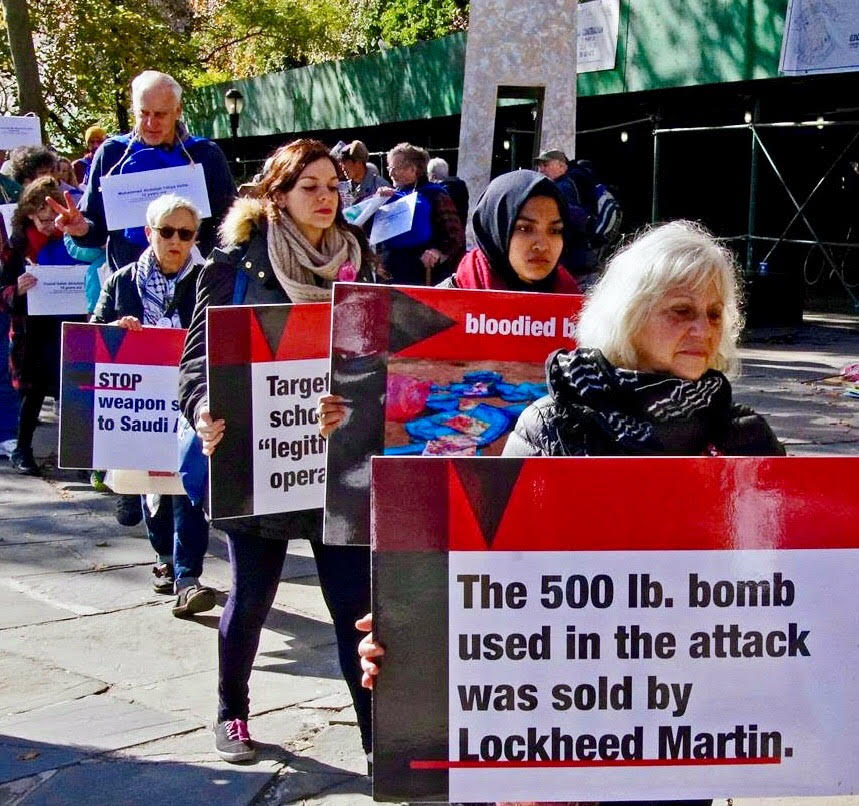 On Thursday morning, November 8th, about 90 people gathered for a somber procession. 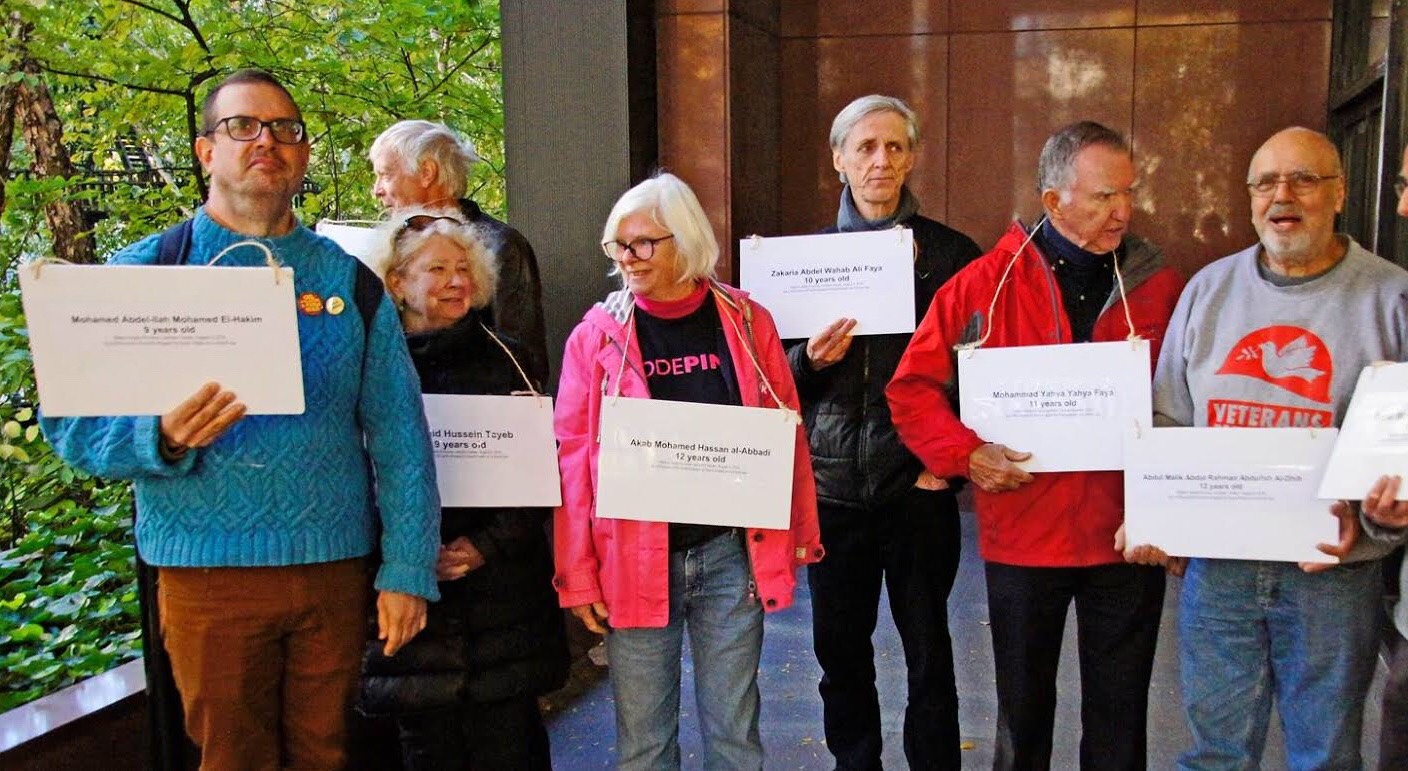 Members of our group, including CODEPINK staffer Paki Wieland, blocked the three entrances to the Saudi Consulate on 2nd Avenue. We attempted to stop people from entering, reminding them of the murderous activities carried out by the Saudi government with our own government’s support. A protestor deeply intoned the names of children killed and many other adults injured on August 9th in the schoolbus bombing. The protesters responded in a deeply moving lamentation, "We Remember You." We sang and chanted for at least two hours. At least 30 police carrying plastic cuffs arrived to monitor us. This included Detective Bogucki, who recalled arresting some of us during the late '90s during the beginning of the Iraq War. Though the New York Police Department decided not to arrest anyone in our group, we formed a circle and confirmed our determination to continue outreach, witness and resistance to these atrocities. 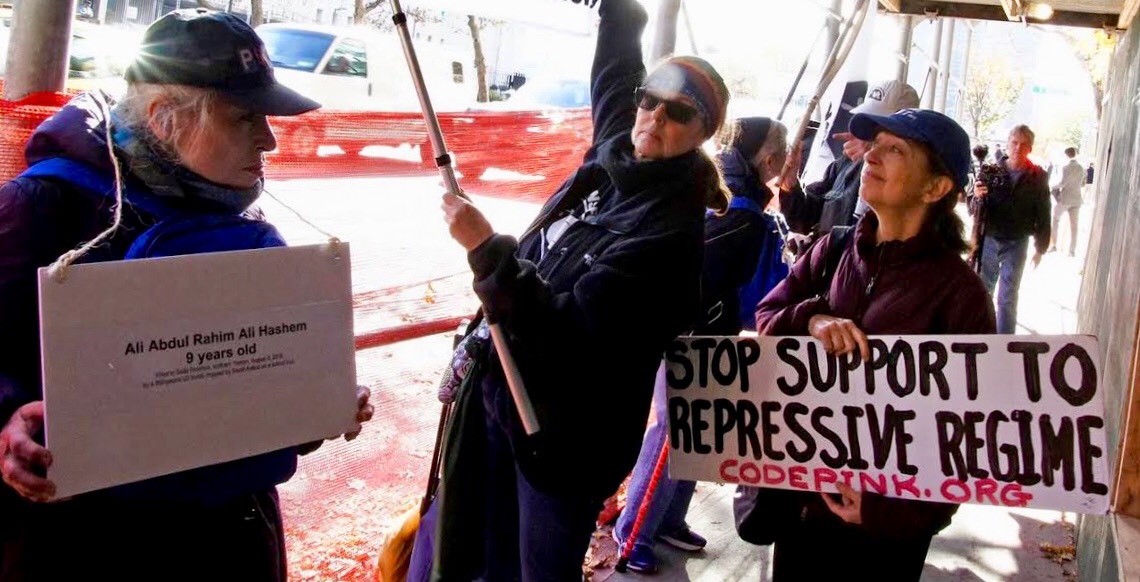 We recognize our complicity as Americans, since these atrocities wouldn’t be happening without American arms sales to Saudi Arabia. Raytheon, General Dynamics, Boeing, and Lockheed Martin have sold billions of dollars’ worth of weapons to Saudi Arabia, the United Arab Emirates and other countries in the Saudi-Emirati-led coalition. Experts believe the goal is to force Yemeni people into defeat to exert Saudi, Emirati, and American geopolitical control over all of the country’s natural resources.

Our hearts and solidarity remain with Yemeni families, both here in the U.S. and in Yemen who have to fear the worst every day. We continue undaunted in our belief in our strength to stop these atrocities by pressuring our government. Already, our pressure has yielded small victories - on Saturday, the U.S. government announced they would stop refueling Saudi jet planes. We refuse to give up hope that our elected officials and arms companies will cease propelling this immoral and destructive conflict.

We call upon all United States members of Congress to support H.Con.Res.138 and to immediately stop selling weapons to Saudi Arabia.

Special thanks to Kathy Kelly for organizing this action and providing the action summary information for this blog!