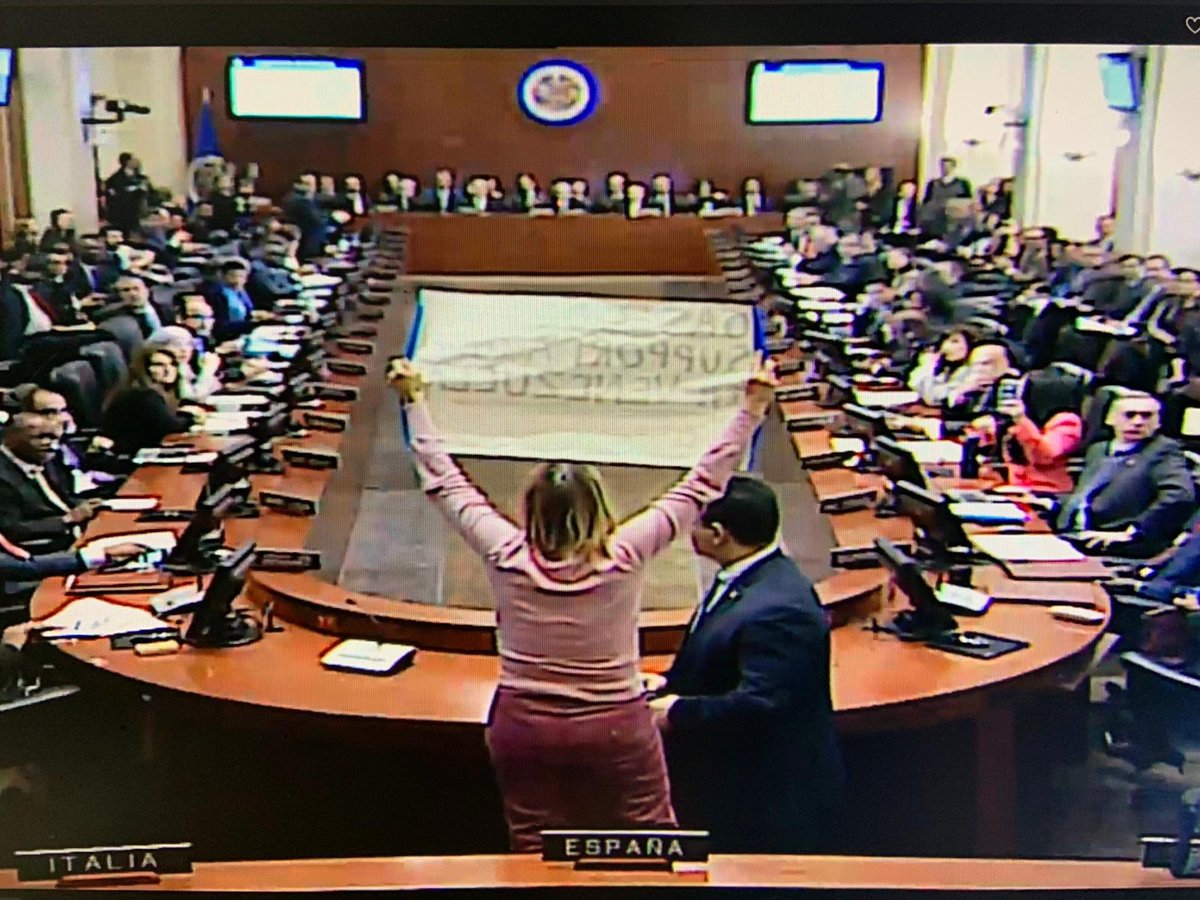 Benjamin spoke out: “Pompeo and the OAS should not be orchestrating a coup in Venezuela. The U.S. has a long and sordid history of supporting coups in Latin America and they always turned out horrible for the people. Look at Guatemala in 53’ and Chile in 73’, as well as Honduras today.”

Adding to the horror of a coup in Venezuela, we are appalled that Trump has appointed himself dictator of the world, empowered to decide who is president of a sovereign country. "No one in a democratic country, especially not the media, should be supporting Trump’s unilateral action to declare Juan Guaido as the Interim President of Venezuela,” said CODEPINK co-founder Jodie Evans.

Earlier today,  Donald Trump tweeted that he recognized Venezuelan opposition politician Juan Guaido as the “Interim President of Venezuela” despite Nicolas Maduro being democratically elected & sworn in for a second term in May.

All of this comes as Venezuela is facing an economic crisis caused in part by falling oil prices and broad U.S. sanctions. In November 2018, the Congressional Research Service published a short overview of current U.S. sanctions in Venezuela. The report states: “Analysts are concerned that stronger sanctions could exacerbate Venezuela’s difficult humanitarian situation, which has been marked by shortages of food and medicines, increased poverty, and mass migration. Many Venezuelan civil society groups oppose sanctions that could worsen humanitarian conditions.”

“Trump’s declaration that Juan Guaido is the Interim President of Venezuela is not dissimilar to his action to declare, in violation of international law and world consensus, Jerusalem the capital of Israel. It flies in the face of democracy and diplomatic international relations” said CODEPINK national co-director Ariel Gold. 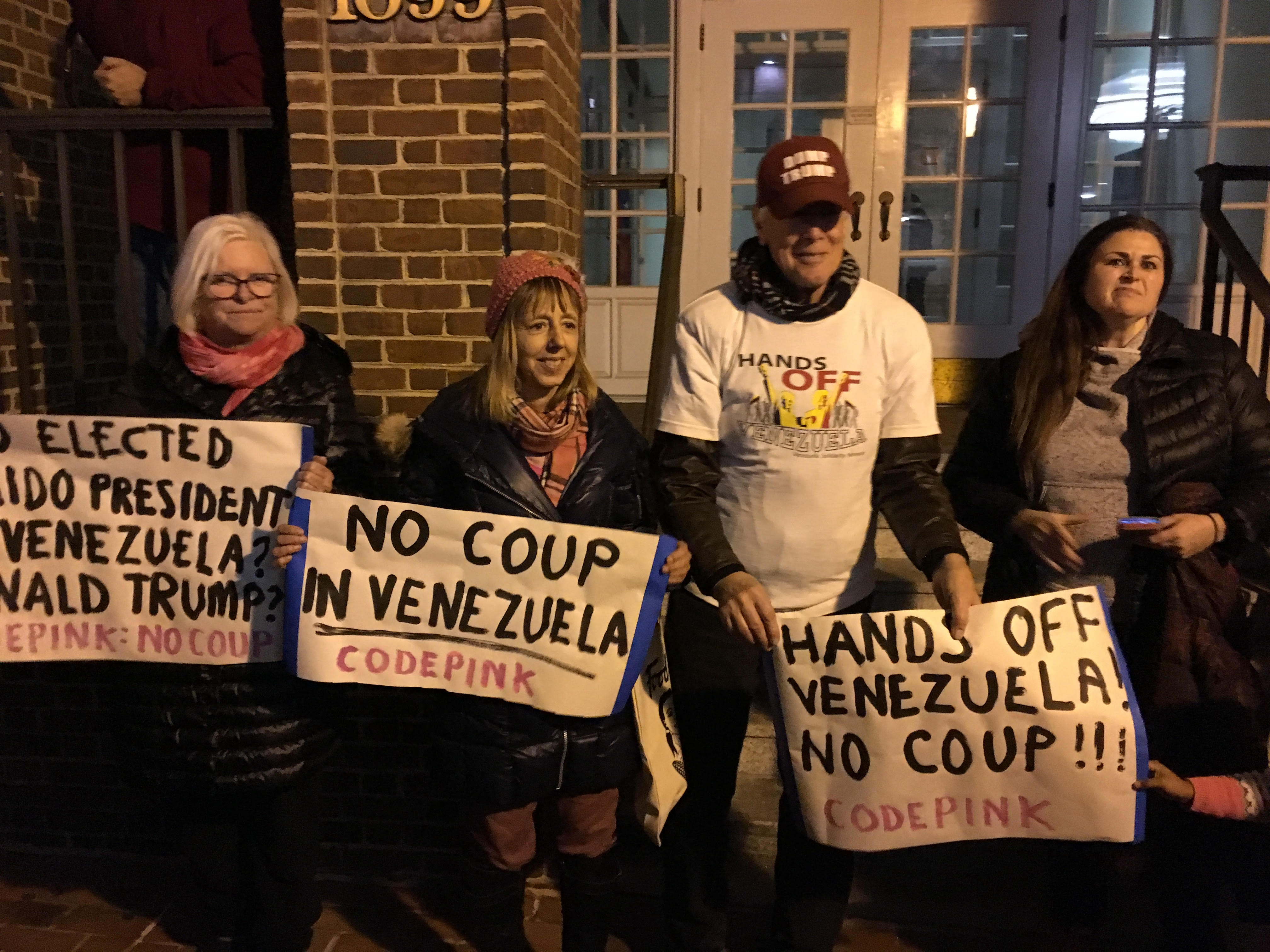