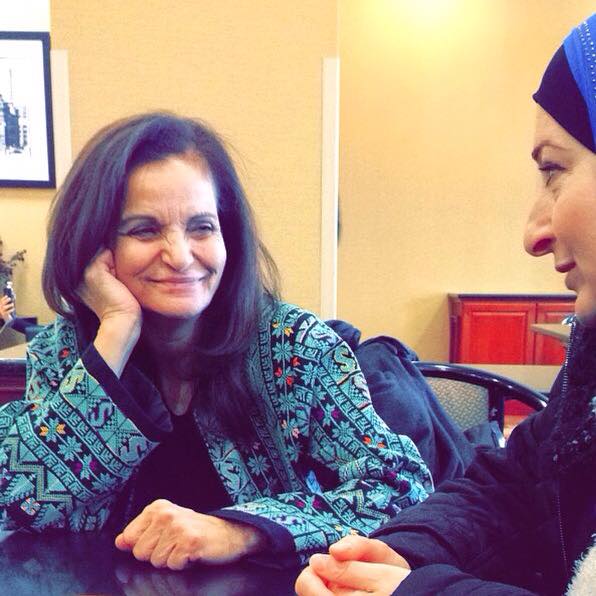 "I don't want you to feel weak. We are strong." -Rasmea Odeh, after receiving the verdict

CODEPINK: Women for Peace, a women-initiated peace and social justice organization, deplores the conviction of Rasmea Odeh by the a U.S. federal jury in Detroit. Activist Rasmea Odeh, a Palestinian-American woman, was found guilty Monday of one count of Unlawful Procurement of Naturalization. CODEPINK condemns the selective targeting and punishment of Palestinian-Americans and allies who are engaged in Palestine solidarity efforts, such as the Boycott, Divestment and Sanctions (BDS) movement. Further, CODEPINK questions the legitimacy and fairness of the verdict in light of the denial of essential evidence into her trial.

On October 22, 2013, Rasmea Odeh was arrested at the age of 67 in Chicago on charges of immigration fraud. The case brought forth in 2013 was nine years after she became a US citizen, one year short of the statute of limitations on her allegation, and close to 20 years after she filled out her immigration papers. Odeh allegedly committed fraud on her immigration forms in 1995 because she did not report her conviction by an Israeli military court, a conviction she maintains is based on a false confession. In 1969, Odeh was jailed, tortured, and sexually assaulted by Israeli authorities; she spent ten years in jail because of a confession that was illegally obtained by this system of torture.

The circumstances of Rasmea Odeh’s coerced confession, conviction and incarceration by an Israeli military court more than twenty years ago were not allowed into evidence. In her case, Judge Drain allowed Odeh’s alleged conviction by the Israeli military to enter the case as evidence, but did not allow an expert witness to testify regarding her torture and sexual abuse that resulted in the false confession and severe PTSD from these experiences.

It is with great heaviness in our hearts that we learn of this unjust verdict. Odeh is a long time advocate of peace, human rights and the end of the occupation of her people and the brutal policies of displacement, death and dispossession inflicted upon Palestinians by the Israeli government. As leader of her community, Rasmea Odeh is an inspiring example of the resilience of women activists who dare to organize despites histories of trauma and violence. While true criminals–– war criminals–– walk free, activists like Odeh are repressed, targeted, villainized, and arrested.

The institutional violence and deliberate oppression inflicted upon Odeh is not an isolated incident, but part of an ongoing persecution of Palestinians by Israel and its allies. Furthermore, the urgent necessity to condemn and organize against the targeting of people of color in America, especially those that speak to power, is ever-important. As we read the news headlines of Odeh’s case and are on the eve of the potential indictment of Darren Wilson in the murder of Mike Brown, we recognize that our “justice” system in the United States is wrought with injustice and much work is needed for the future.

As women and allies committed to peace and social justice, we see the attack on Rasmea Odeh as an attack on women of color who dare to challenge power and organize for a more just world. We stand with Rasmea Odeh and all those fighting for peace and justice. “There is justice in this world. We will find it,” declared Rasmea Odeh today after learning of the verdict. May we be brave enough to rise and make her words reality.

Until Palestine is free…