China Is Not Our Enemy with Chris Hedges 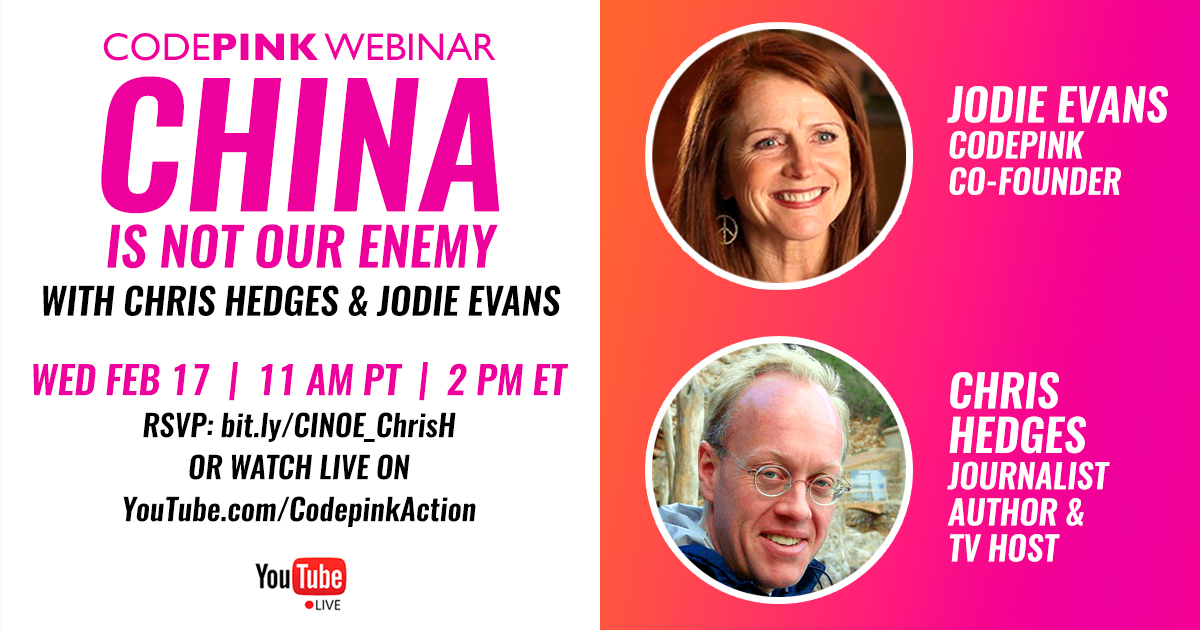 As we continue to dismantle the anti-China rhetoric we are uplifting stories through webinars, hosted by CODEPINK co-founder Jodie Evans, featuring guests from across the world that are working towards peace. This week on China Is Not Our Enemy we are excited to be in conversation with Chris Hedges, Pulitzer-Prize winning journalist, author, and TV host. Jodie and Chris will discuss how propaganda drives us to war as well as the true cost of war. As a witness to war and the failings of the US hegemony, capitalism, and imperialism, Chris Hedges has a lot to share.

Chris Hedges spent nearly two decades as a foreign correspondent in Central America, the Middle East, Africa and the Balkans. He was an early and outspoken critic of the US plan to invade and occupy Iraq and called the press coverage at the time "shameful cheerleading." In 2002, he was part of a team of reporters for The New York Times who won a Pulitzer Prize for the paper's coverage of global terrorism. That same year he won an Amnesty International Global Award for Human Rights Journalism.

To join the conversation, RSVP and receive a link to the Zoom room or you can watch live on our YouTube.