Join the campaign to demand accountability from the Council on Foreign Relations! 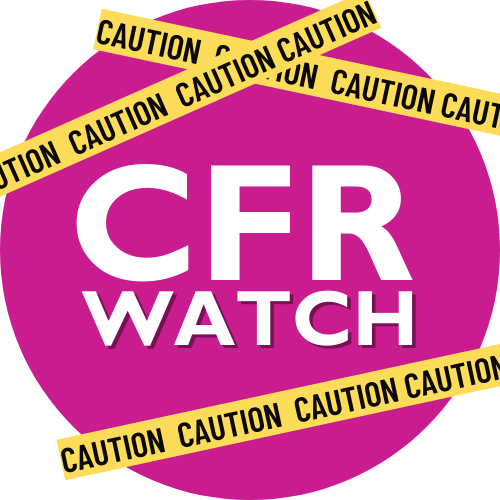 The Council on Foreign Relations (CFR) is one of the most powerful foreign policy organizations in the world. While it describes itself as an independent and nonpartisan space to discuss U.S. foreign policy issues, many scholars agree that the CFR’s relationship with the government is a cause for concern. Composed of top government officials, corporate leaders, America’s wealthiest, and a variety of professionals, the Council clearly doesn't represent the people of the United States. The CFR is well-connected with the fossil fuel industry and promotes policies that serve corporate interests. Given its influence, lack of publicity, and misrepresentation of the needs of U.S. residents, we aim to hold the CFR accountable for its influence. CFR Watch is a group of concerned individuals and organizations who believe that foreign policy should serve people and the planet. We believe in a new approach that centers people's needs, not power and capitalism.

War Is Not Green Campaign

War Is Not Green Campaign

Check us out on social media!

Check us out on social media!