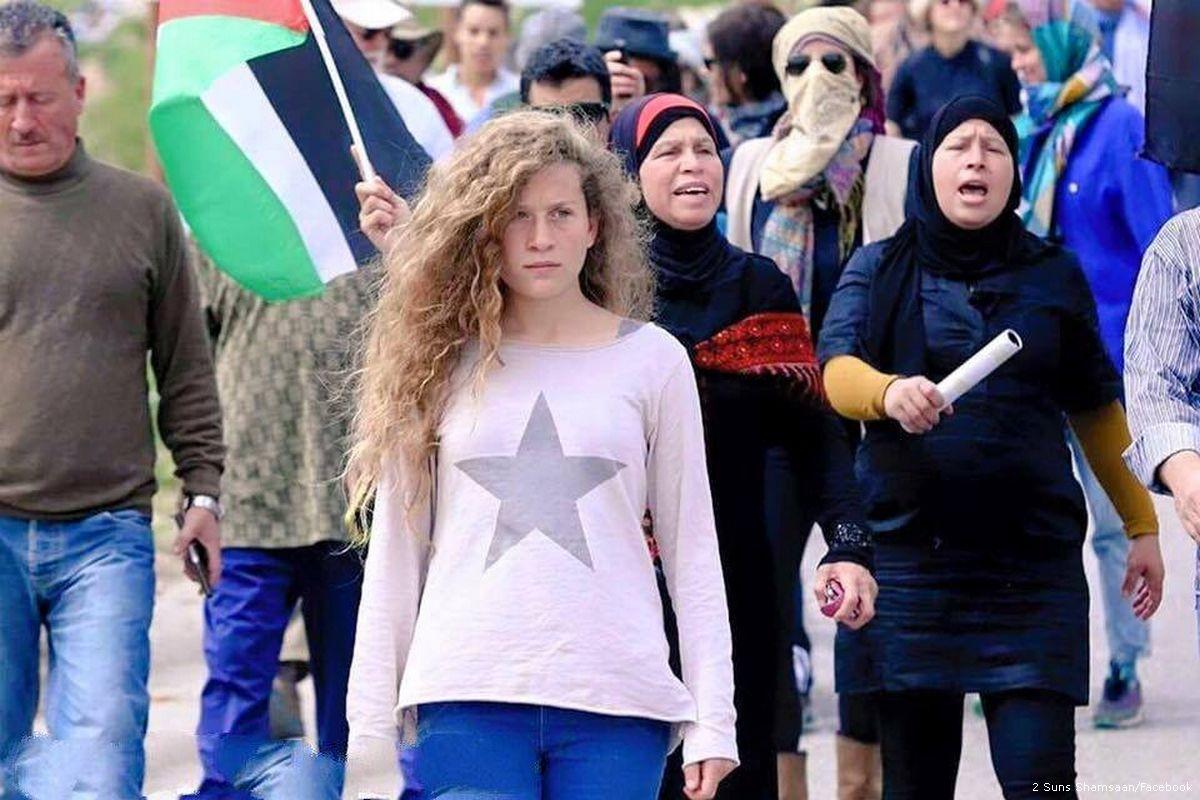 On December 18, 2017, in the middle of the night, the Israeli army burst into the Tamimi family home and arrested 16-year-old Ahed Tamimi. They beat her father, mother, older and younger brothers and confiscated the families laptops, phones and cameras. Ahed is a high school student preparing for college. She lives in a Palestinian village famous for women leadership in resistance to the occupation. As a young girl, Ahed rose to headlines for her bravery to confront the Israeli soldiers who enter her village on a regular basis. Now she sits in a jail cell, waiting for her release.

The latest news about Ahed Tamimi's detention by Israel is horrific. Israel is refusing to release her on bail pending trial. Not only this, but the court proceedings against her will begin on January 31, the day of her 17th birthday. Rather than celebrating with family and friends, eating cake, and having a party, Ahed will spend her birthday in a military courtroom. She will sleep that night in a prison cell.

In solidarity with Ahed, we'll be celebrating her on the day before her 17th birthday outside of the Consulate of Israel in Los Angeles. There will be cake and balloons, and we'll bring a giant card for everyone to sign, so get ready to celebrate and stand in solidarity with this brave young woman. RSVP through here or on our Facebook event page to let us know if you'll be joining us.

Go here to sign our virtual birthday card for Ahed, and sign our petition to say #FreeAhed!