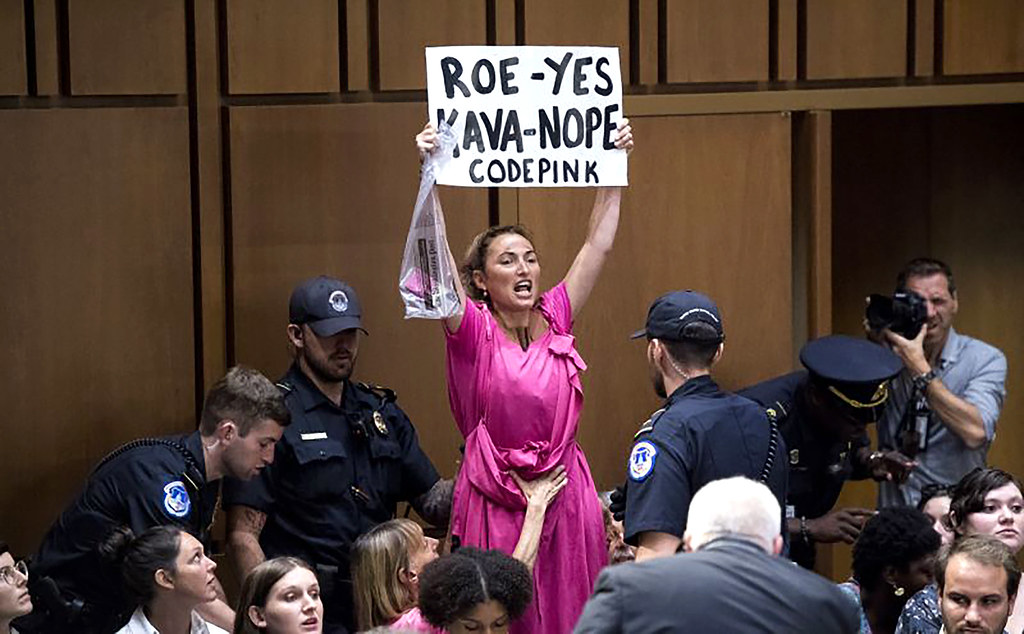 "Ariel leads with so much courage and inspires us even when we are facing the country’s most powerful people!" — Danaka Katovich, CODEPINK Co-Director

"It's hard to imagine CODEPINK without Ariel. Her passion, courage, brilliance, and dedication are irreplaceable.  I have such a flood of wonderful memories from the past six years—at hearings, AIPAC conferences, political conventions, embassies (including the Venezuela one!) and LOTS and LOTS of protests. Writing together has been such a treat. So has scheming and plotting how to throw monkey wrenches into the gears of the empire and its brutal allies. But most of all, I treasure Ariel as a dear friend. That part of our relationship will certainly continue as Ariel grows and flourishes in her new position. I send Ariel enormous gratitude for giving CODEPINK six years of beautiful trouble-making." — Medea Benjamin, CODEPINK Co-founder and Board Member

"Ariel isn't just a fiercely dedicated activist who bravely puts her body on the line in the name of peace and justice. She's also a warm, supportive mentor and friend who models compassion and love wherever she goes." — Emily Dorrel, Social Media Communications Director

After more than six wonderful years, CODEPINK Co-Director Ariel Gold is leaving the organization to join the Fellowship of Reconciliation as their Executive Director. During her time at CODEPINK, Ariel led our Middle East campaign, and also co-directed some of our Latin America initiatives. As a Jewish mother of two, Ariel took on the AIPAC lobby group and BDS activism with great courage, often at a personal cost when she was targeted for smear campaigns by the pro-Israel right-wing. Undeterred by their tactics, Ariel led several peace delegations to Israel and Iran, frequently putting her life at risk in Israel, where she was finally deported from the country for her activism in the summer of 2018.

Ariel has dedicated considerable time and effort in leading CODEPINK's campaign to get Iran back into the nuclear deal and normalize U.S. relations with Iran. Our most-recent people-to-people-diplomacy delegations to Iran were organized by Ariel, where she collaborated with grassroots citizen diplomats on both sides working to prevent war and change U.S. foreign policy. 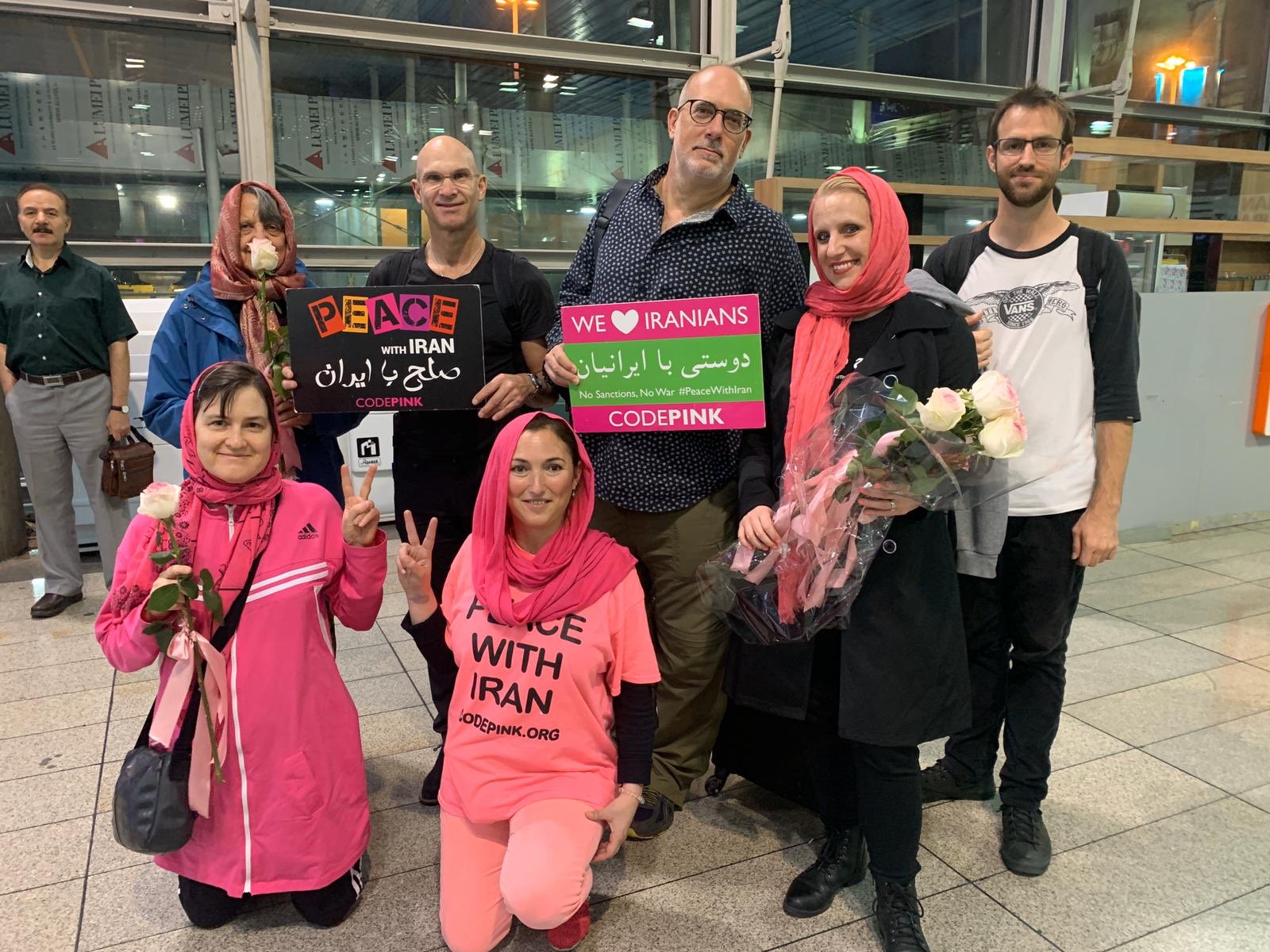 Some of the signature CODEPINK campaigns led by Ariel include our "Remodel RE/MAX: No ‘Open House’ on Stolen Land” campaign that asked Denver-based real estate giant RE/MAX to stop allowing its Israeli franchise to sell homes in Israeli settlements in the West Bank and East Jerusalem. While participating in a similar campaign with the #StolenHomes Coalition, Ariel successfully disrupted a high-profile Airbnb event with celebrity investor Ashton Kutcher to challenge the company’s home-rental practices in the occupied West Bank. 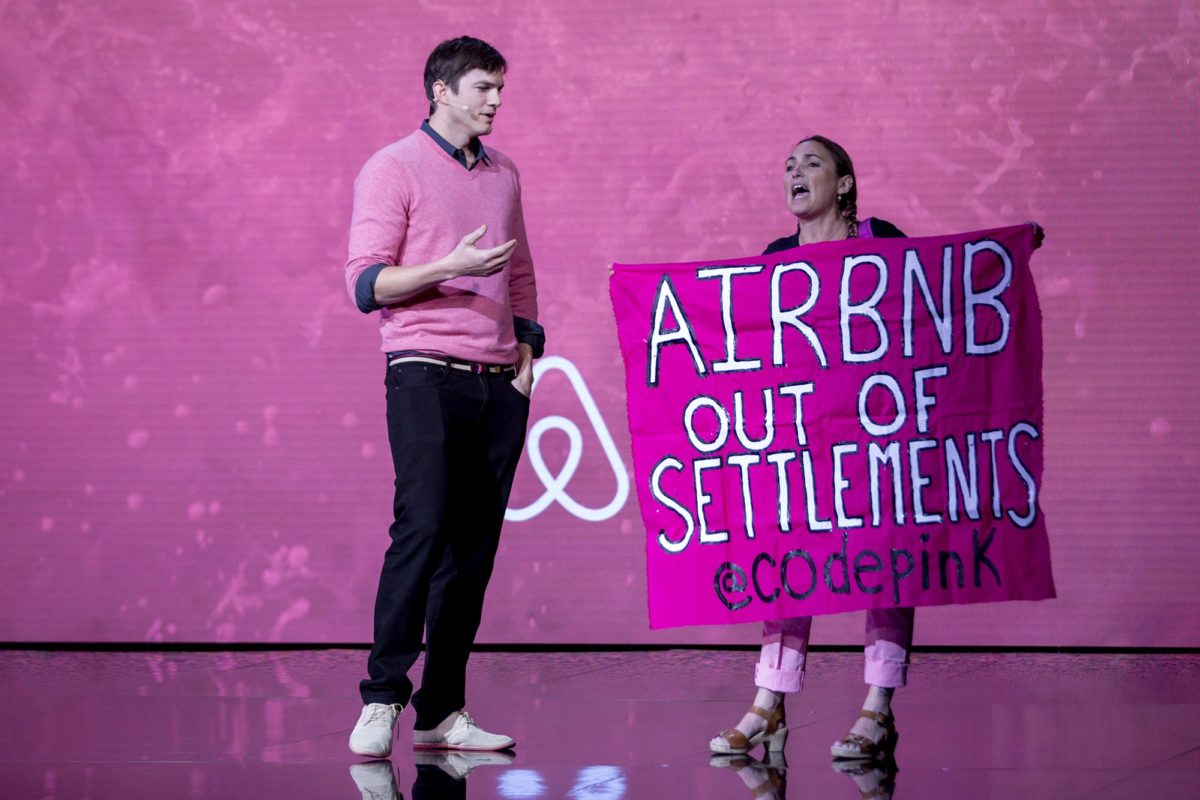 As CODEPINK's Middle East analyst, Ariel has written dozens of articles on a wide array of topics, repeatedly speaking out against the Israeli government, spreading awareness about harmful sanctions on Iran, and championing women's rights activists in Saudi Arabia. Her piece on human rights abuses in Saudi Arabia was published by Ms. Magazine, and another on the rise of right-wing extremism in Israel was featured in the Jacobin.

Her participation in our #CancelKanavaugh campaign was splashed across major news outlets. She has appeared on Fox News several times, fearlessly facing criticism, and doubling down to present an alternative narrative challenging the right-wing media. 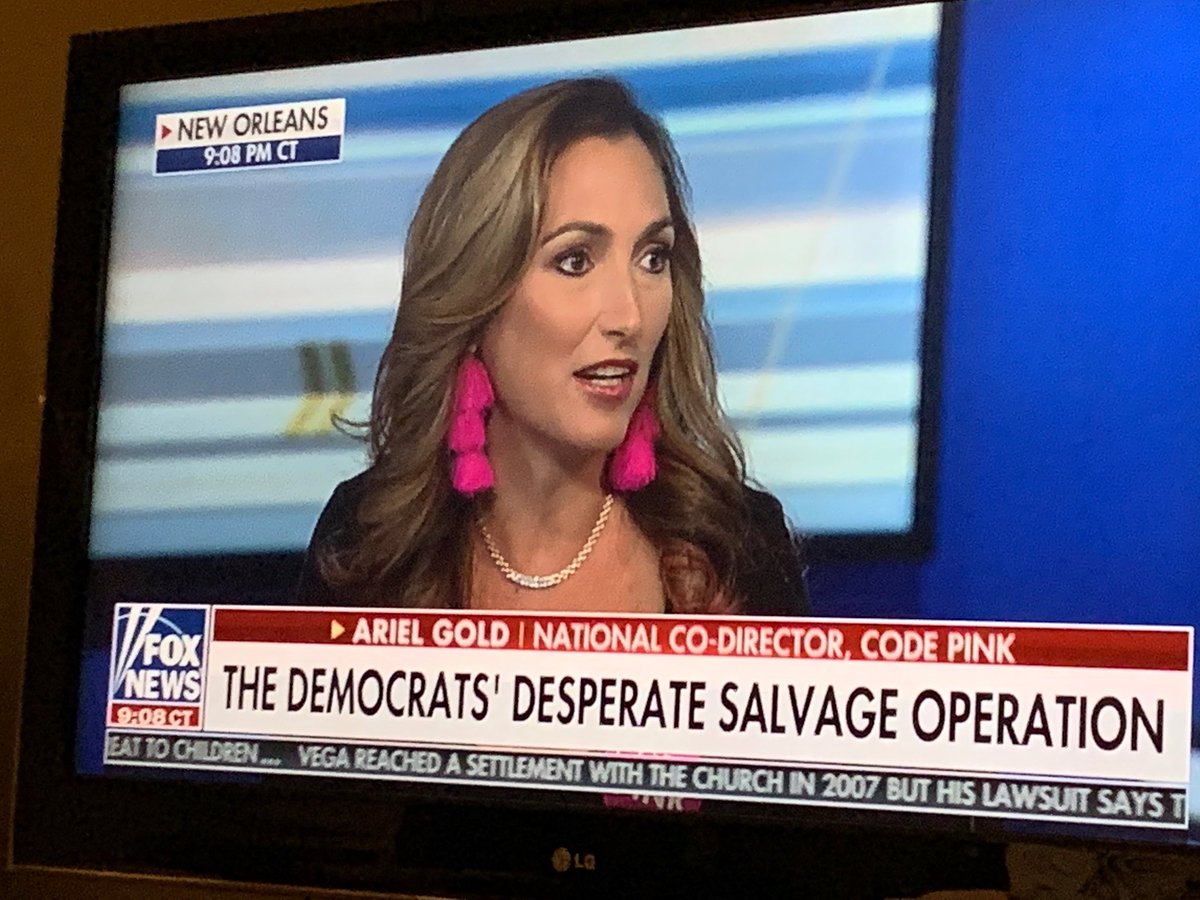 After years of CODEPINK and BDS coalition groups campaigning against the Apartheid regime of Israel, Ariel celebrated a major win for the campaign in the fall of 2021, when ice cream giant Ben & Jerry’s announced that they would be ending sales in Israel’s occupied West Bank. 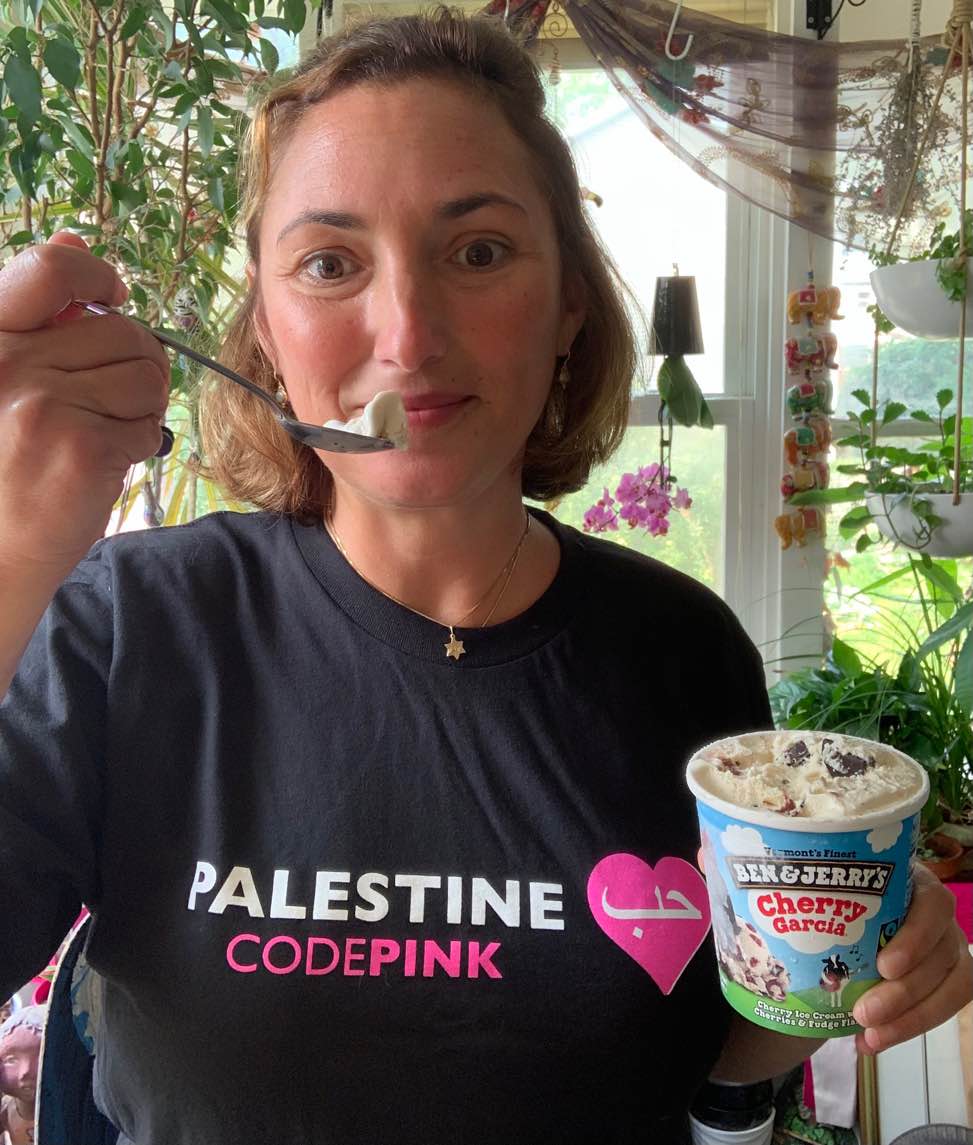 Ariel, as you begin the next chapter of your life with FOR, we know that you will continue to build upon your inspiring work by speaking out against injustice and championing human rights everywhere. We deeply appreciate your courage and activism, and hope you will continue savoring many successes in the years ahead.

With peace and solidarity from all of us at CODEPINK.