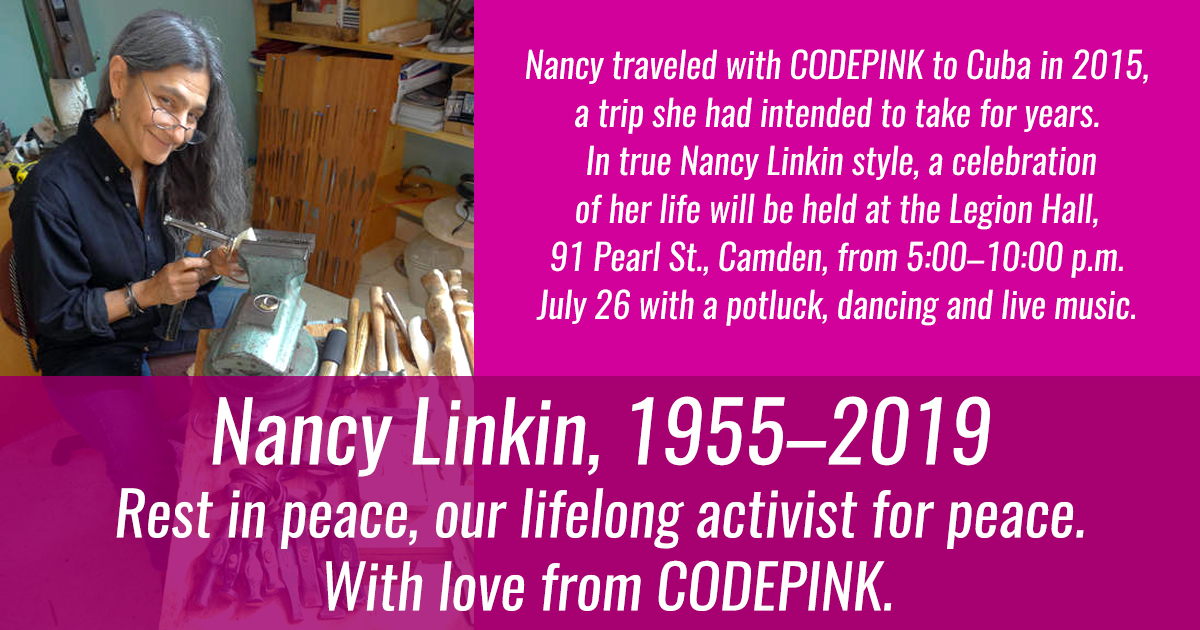 Nancy was best known for her warm, open and kindhearted personality. She would greet every new acquaintance as though they were an old friend, taking the time to listen to those around her with curiosity and compassion. She was a devoted parent, with a fierce love for her three sons, as well as a conscientious caretaker for her own mother. Nancy had many passions, including dancing, politics, music, traveling and, above all, spending the day in her wild garden. She was enchanted by natural forms that inspired the fluid grace found in her jewelry.

With an interest in sculpture, Nancy attended college at the School of the Museum of Fine Arts in Boston. She later received a master;s degree from Washington University in St. Louis, where she studied under Heikki Seppa and learned innovative techniques for anticlastic forming, which would later become the catalyst for her entire body of work.

Following Michael Good, a contemporary of Seppa's, she moved to Camden and immediately fell in love with the little town by the sea. As a young jeweler in the Midcoast, she worked alongside many other artisans who inspired her to open her own business, Nancy Linkin Fine Jewelry & Sculpture. She sent her work to galleries all over the United States, spreading her passion for natural and flowing forms for more than 30 years.

Nancy’s love for the Midcoast was apparent in everything she did. Many evenings she would stroll along the docks or visit her father’s memorial bench on the Camden public landing. She would often frequent the Rockland ArtWalks, chatting and laughing with old friends and new alike, or jump onto the dance floor at the Time Out Pub, twirling late into the night. Despite moving multiple times, Maine always pulled her back.

Nancy’s fight with cancer never stopped her from living her life in the way she had hoped. When asked how she was handling her diagnosis, Nancy would offer these few simple words - “the only thing you can control is your attitude.”

She never referred to herself as a patient or victim, but rather as someone who had a deep gratitude for everything life had to offer.

Nancy is survived by her three children, Jacob, Zachary and Caleb Stern; her mother, Sophie Linkin; her brothers, David, Joseph and James Linkin; her nephews, Darren, Adam and Alex Linkin; her niece, Heather Cook; and numerous cousins and grandnephews.

She was preceded in death by her father, Irving Linkin.

Donations in Nancy's memory can be made to Code Pink, a women-led grassroots organization working to end U.S. wars and militarism: codepink.org.

Nancy traveled with a CODEPINK delegation to Cuba in 2015, a trip she had intended to take for years.

In true Nancy Linkin style, a celebration of her life will be held at the Legion Hall, 91 Pearl St., Camden, from 5 to 10 p.m. July 26 with a potluck, dancing and live music.