Can she can stop him? 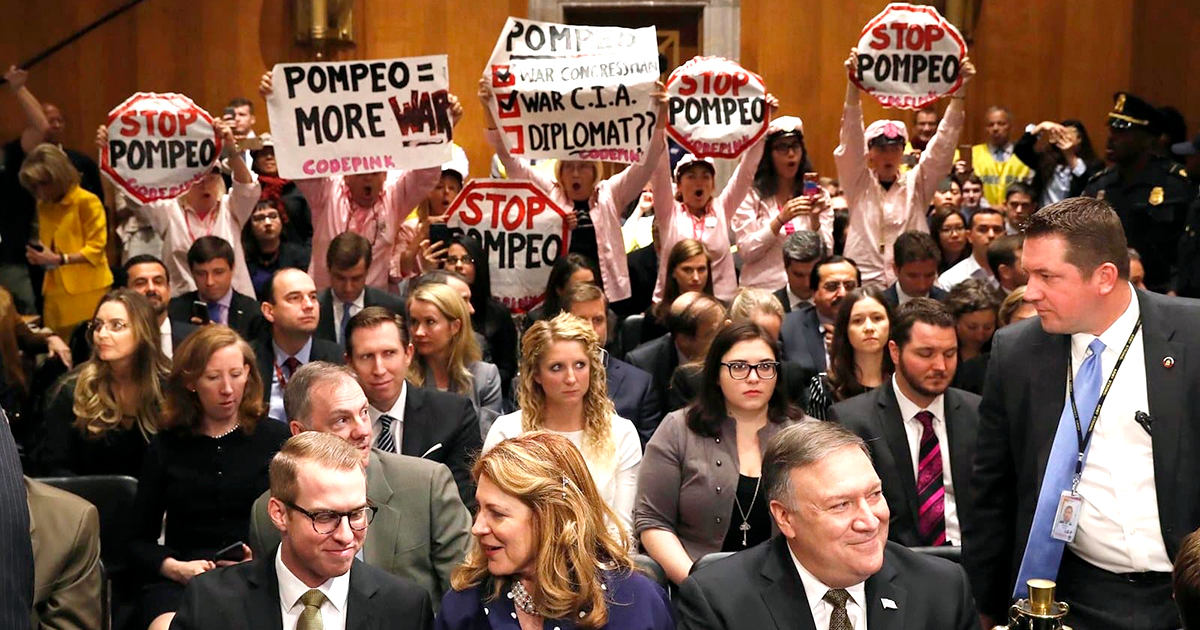 We have a very real chance to stop war-hawk Mike Pompeo from entering the State Department. With Republican Sen. Rand Paul opposed to Pompeo and Sen. John McCain away in Arizona for cancer treatment, Republicans will need at least one Democratic member of the Senate to vote with them for Pompeo to be confirmed. Unfortunately, one Democratic Senator, Heidi Heitkamp of North Dakota, just announced her intention to vote for Pompeo.

Pompeo wants to destroy the Iran nuclear deal. He has advocated for military intervention in North Korea, opposes women’s reproductive rights, LGBTQ rights and is a climate change denier. Help us appeal to Sen. Heitkamp, telling her that a vote for Pompeo is recipe for disaster and war. Urge her to vote No on Pompeo.

Sen. Heitkamp is defending her support for Pompeo by saying that he "demonstrated during this nomination process that he is committed to empowering the diplomats at the State Department so they can do their jobs in advancing American interests." But the American interests Pompeo wants to advance are those of military domination, not diplomacy. He supports ongoing unauthorized conflicts like the Saudi-led war on Yemen and is a friend to Islamophobic hate groups. When the Iran nuclear deal was signed, Pompeo promised to do all that he could to destroy it. If Senator Heitkamp votes yes, he could have that opportunity.

Tell Senator Heitkamp that we can’t have a war-hawk as the top US diplomat. Tell her to vote No on Pompeo.

A little over a week ago, we attended the confirmation hearing for Pompeo. As the hearing began, retired diplomat and US army colonel Ann Wright stood up and declared “Pompeo is no diplomat!” Ann continued to speak out against Pompeo as police removed her from the room and placed her in handcuffs.

We have been calling on the Senate Foreign Relations Committee not to approve Pompeo’s nomination and it looks like they won’t. But GOP leaders are planning to bring the nomination to the Senate floor anyway. In order to keep him from being approved, we need Senator Heitkamp to reverse her position. Help us tell Senator Heitcamp not to put a war-hawk in the State Department.

With an urgent call for No More War,