BDS is the Peace Talks 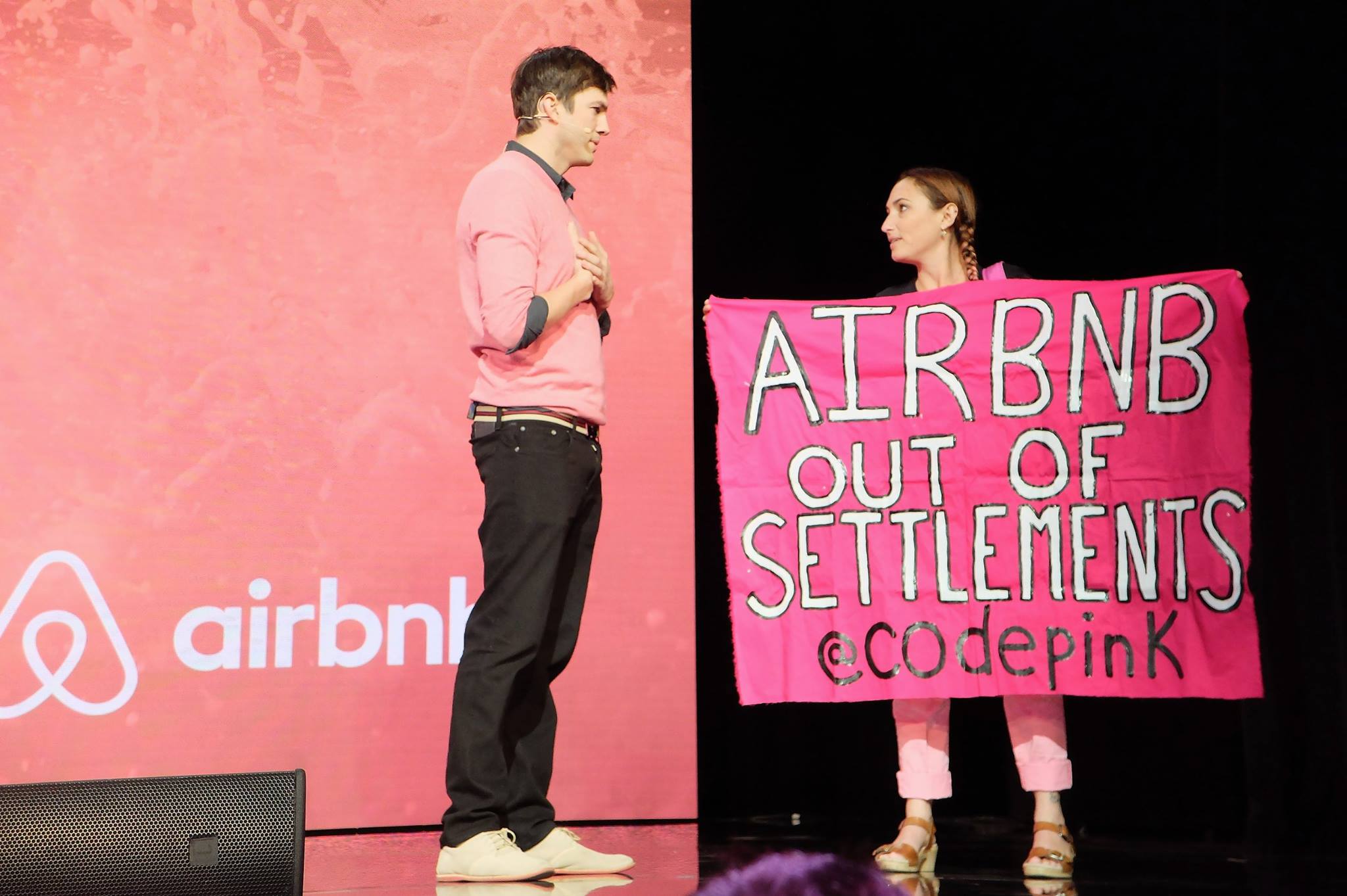 The Boycott, Divestment, and Sanctions (BDS) movement is how we talk about the need for equal rights in Israel/Palestine. It is the most effective tool for ending the Occupation. As a rights-based approach, it seeks to remedy the injustices that began in 1948, escalated in 1967, and continue to devastate the Palestinian people today. While engaging the international community in conversation about the inequality and human rights abuses Palestinians live under, BDS campaigns simultaneously have a direct effect to bring about a just, peaceful, and nonviolent solution to the conflict.

Below are three examples of strategic BDS campaigns that engage and educate the public:

• CODEPINK’s “Remodel RE/MAX: No ‘Open House’ on Stolen Land” campaign asks Denver-based real estate giant RE/MAX to stop allowing its Israeli franchise to sell homes in Israeli settlements in the West Bank and East Jerusalem. The campaign points out that such properties are completely illegal under international law and are contrary to U.S. standards and agreements. The campaign highlights that settlements are built on stolen Palestinian land and act as an obstruction to achieving a solution to the conflict. Along with demanding that RE/MAX set standards and policies for its franchises not to sell settlement properties, the Remodel RE/MAX campaign also asks that RE/MAX direct their agents and brokers around the world not to refer clients to brokers and agents who sell such properties.

• Like the Remodel RE/MAX campaign, the Stolen Homes campaign asks that vacation rental internet marketplace Airbnb stop allowing Israeli settlement properties to be listed on their website. Airbnb has listings in settlements throughout the West Bank and East Jerusalem, even including outpost settlements that are illegal even under Israeli law. The Stolen Homes campaign, which formed in January as a coalition of organizations, collected over 150,000 signatures and delivered them to Airbnb asking that the company take a stand against state-sanctioned discrimination and remove the listings.

On November 19, 2016 at LA Orpheum Theatre, I took to stage with a banner reading “Airbnb out of Settlements” and disrupted a talk by Airbnb funder, Ashton Kutcher, and Airbnb CEO, Brian Chesky. Ashton Kutcher came over to me and asked if he could tell me what Airbnb means to him. I responded that I would first describe to the audience of around 2000 people that Airbnb is directly contributing and profiting from Israel’s violations of international law and Palestinians’ human rights.

• Like RE/MAX and Airbnb, Hewlett-Packard is directly contributing to human rights violations. HP supplies the information technology for the Israeli Navy, making them complicit in the blockade of Gaza and the corresponding escalating humanitarian crisis there. They produce Israel’s ID card system that stratifies the society in Israel/Palestine into various different levels of rights and privilege between Jews and non-Jews.

They make the biometric fingerprint ID system Israel uses at checkpoints to track Palestinians entering Israel for work. In the U.S. they supply equipment and technology to private and public prisons, making them complicit in mass incarceration and solitary confinement. The campaign to stop HP is based on the historic campaign to boycott Kodak for their role in producing the racist ID cards used in South Africa during apartheid. Just as Kodak was complicit in maintaining South African apartheid, HP is complicit in maintaining Israeli apartheid and occupation. Strategic BDS campaigns educate people about the conditions of inequality and human rights abuses that are part and parcel of Israel’s Occupation. Simultaneously, these campaigns work to end human rights abuses and apply the necessary pressure for Israel to take action to finally end its Occupation of Palestinian lands obtained in 1967 and systems of inequality where different groups of people are subject to different laws. Just as the Montgomery bus boycott played a major role in the U.S. Civil Rights Movement and the Kodak boycott played a major role in the movement to end apartheid in South Africa, so too can strategic BDS campaigns bring a long overdue end to 50 years of Occupation.

Ariel Gold works for CODEPINK as their Palestine campaigner. In 2014 she brought her two children, then 11 and 13, to Israel/Palestine to stay in the homes of Palestinian families in the West Bank and see the situation with their own eyes. In 2015 she led CODEPINK’s Palestinian Olive Harvest Delegation. She stayed on afterwards for 5 weeks in Hebron with the nonviolent Palestinian organization, Youth Against Settlements. She wrote about her experiences in Hebron for Tikkun Daily. Ariel lives in Ithaca, NY where she is a member of the URJ congregation, Tikkun v’Or.