It is easier to lead men to combat, stirring up their passion, than to restrain them and direct them toward the patient labors of peace. — Andre Gide, author, Nobel laureate (1869-1951)

In response to CODEPINK's vibrant and loud presence on Capitol Hill in 2007, we become the target of far-right hatred that has filled staff emailboxes with profane and insulting messages suggesting that, among other things, we should be run over by trucks, forced to wear burkas, or be shipped to Iraq and Afghanistan where we would get what we deserved.

In addition, we recently came across SadlyNo's post about the photoshopped CODEPINK photo(see original photo and bogus below, which was first posted in our World Social Forum report) that had been doctored by someone who, when taken to task for the clearly false banner, speciously claimed that he had photoshopped the image with text he had found on our web site. Read his retraction here. 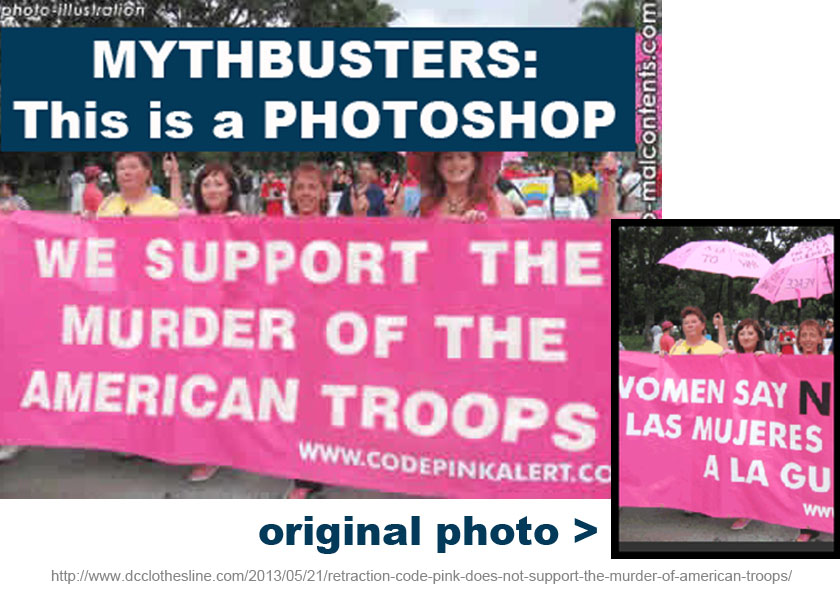