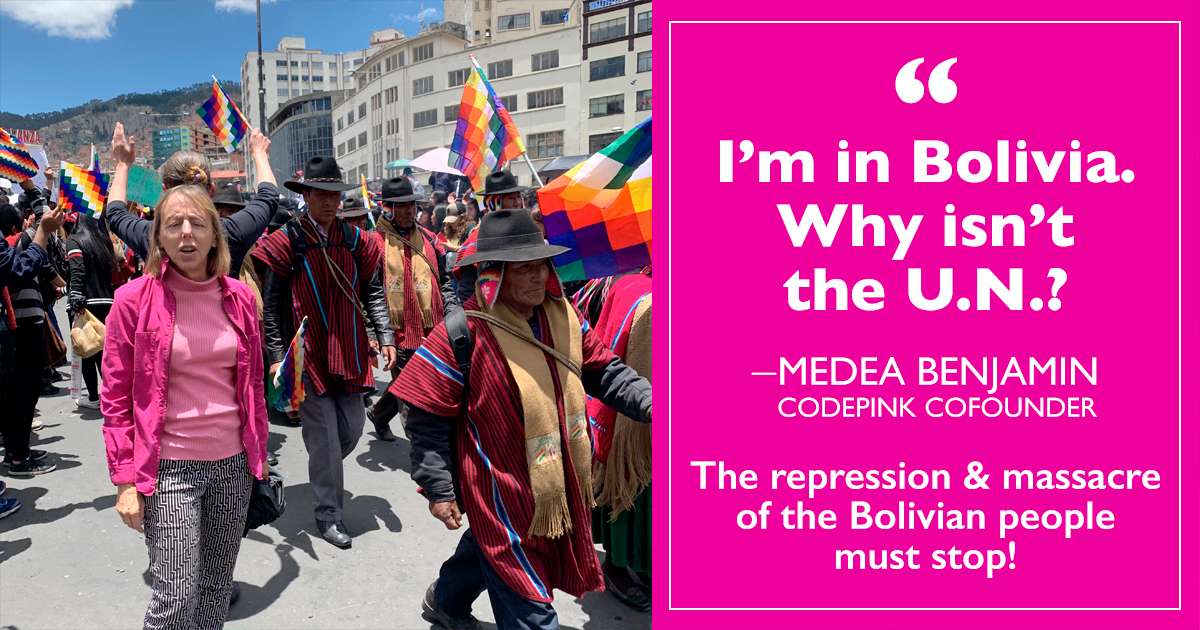 A month ago, Bolivia was a stable country with a growing economy and decreasing poverty and inequality. Now, chaos and violence have gripped the country, as racism and religious discrimination are rearing their ugly heads.

Mainstream media and even some progressive outlets are refusing to recognize that what happened on November 10th was a coup and are not covering the coup regime’s racism and violence. As of November 19, 2019, 24 protesters have been killed and nearly 600 have been wounded. Please add your name to our petition asking United Nations High Commissioner for Human Rights, Michelle Bachelet, to join me Medea on the ground in Bolivia.

Please travel to Bolivia to witness the terrible situation that is unfolding. Hopefully, your presence will save lives and prevent Bolivia from descending into even greater chaos.

The events unfolding in Bolivia must recall painful memories of how your family suffered as a result of the coup d’état against President Salvador Allende in 1973. Hundreds of families are experiencing similar pain in Bolivia, where at least 24 people have been killed and nearly 600 wounded since the de facto government took power, according to Bolivia’s Office of the Ombudsperson. This same de facto government issued a decree exempting police and military from criminal responsibility in their efforts to suppress the protests, which constitutes a grave threat to the human rights of Bolivians. In this regard, we strongly commend you for your statement expressing concern for the situation and criticizing the use of force and repression. However, given the gravity and scope of the crisis, a statement is not enough.

A month ago, Bolivia was a stable country with a growing economy and decreasing poverty and inequality. Now, chaos and violence have gripped the streets, as racism and religious discrimination are rearing their ugly heads. The world has seen the de facto government and security forces rip the indigenous Wiphala flag off government buildings and uniforms. The world has heard and read comments by opposition leaders who claim the supremacy of Christianity and the Bible over the Pachamama and sacred indigenous traditions, which they describe as “satanic.” These actions and rhetoric are an outrage to the thousands of people on the streets who fear that the important social gains made by Bolivia over the past decade will be erased.

The last time Bolivia was rocked by instability was in 2008, when many of the same organizations playing a role in the unrest today were implicated in a secessionist conflict that led to the tragic Porvenir massacre, in which 13 Bolivians died. Then, in your capacity as the president pro tempore of the Union of South American Nations, you called for an extraordinary summit of said body that defused tensions, investigated the massacre and rightly judged it to be a crime against humanity.

Now, in your capacity as the United Nations High Commissioner for Human Rights, Bolivia needs you once again. As the world appears to be divided along ideological lines regarding the political conflict in Bolivia, it is important to have actors of unimpeachable character on the ground calling for the respect of human rights and for dialogue as the only path forward. Therefore, we urge you to travel to Bolivia to join Medea Benjamin on the ground to be an eyewitness to the situation in the hopes that your presence will save lives and prevent it from descending into greater chaos. 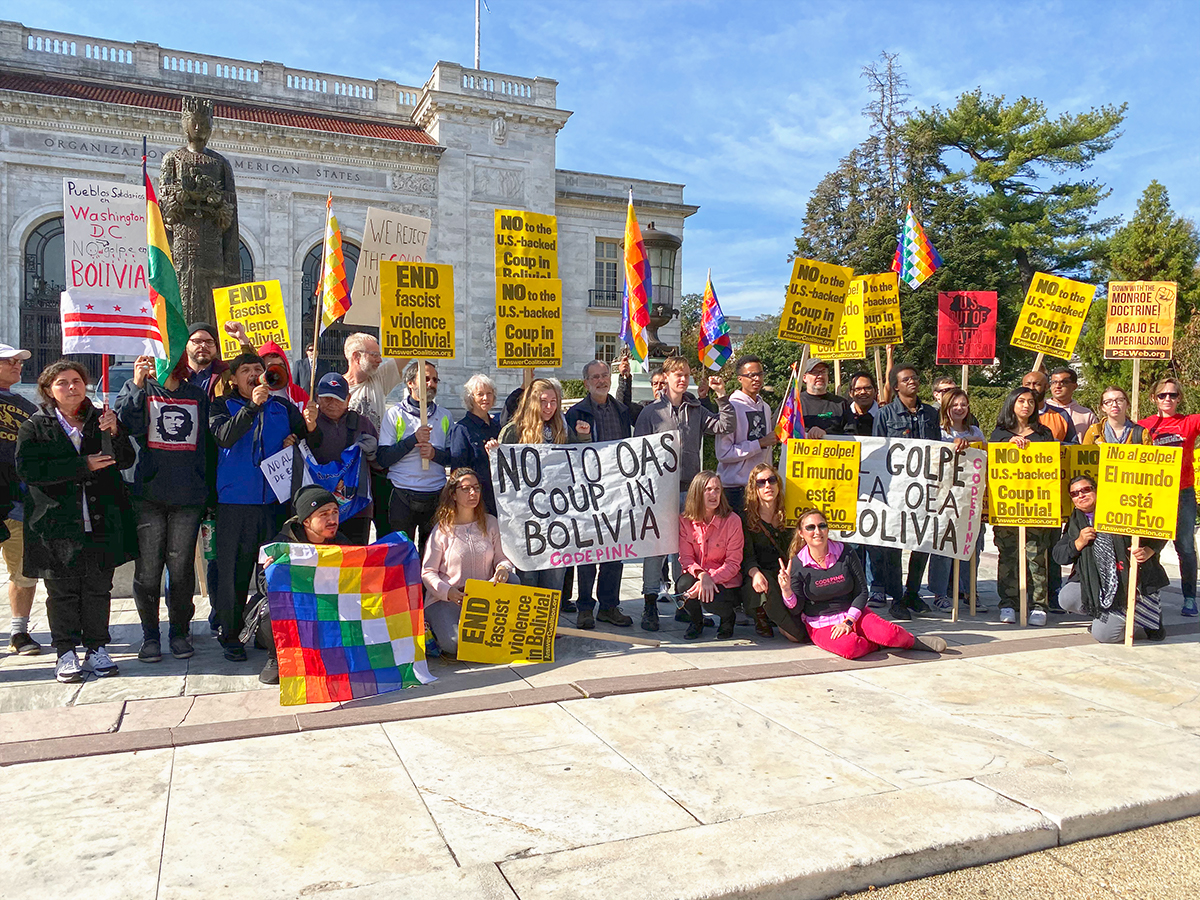