I am horrified by the way the Saudi military has laid siege to the town of Awamiyah, terrorizing the local population and leaving dozens dead, many injured, and even more displaced. We are also horrified by the death sentences handed down to 14 Shia dissidents who could face the barbaric practice of beheading at any moment. Lastly, we are heartbroken over the deaths and suffering in Yemen that have resulted from your air strikes.

We call on you to stop the Awamiyah siege, the imminent executions and the airstrikes in Yemen. 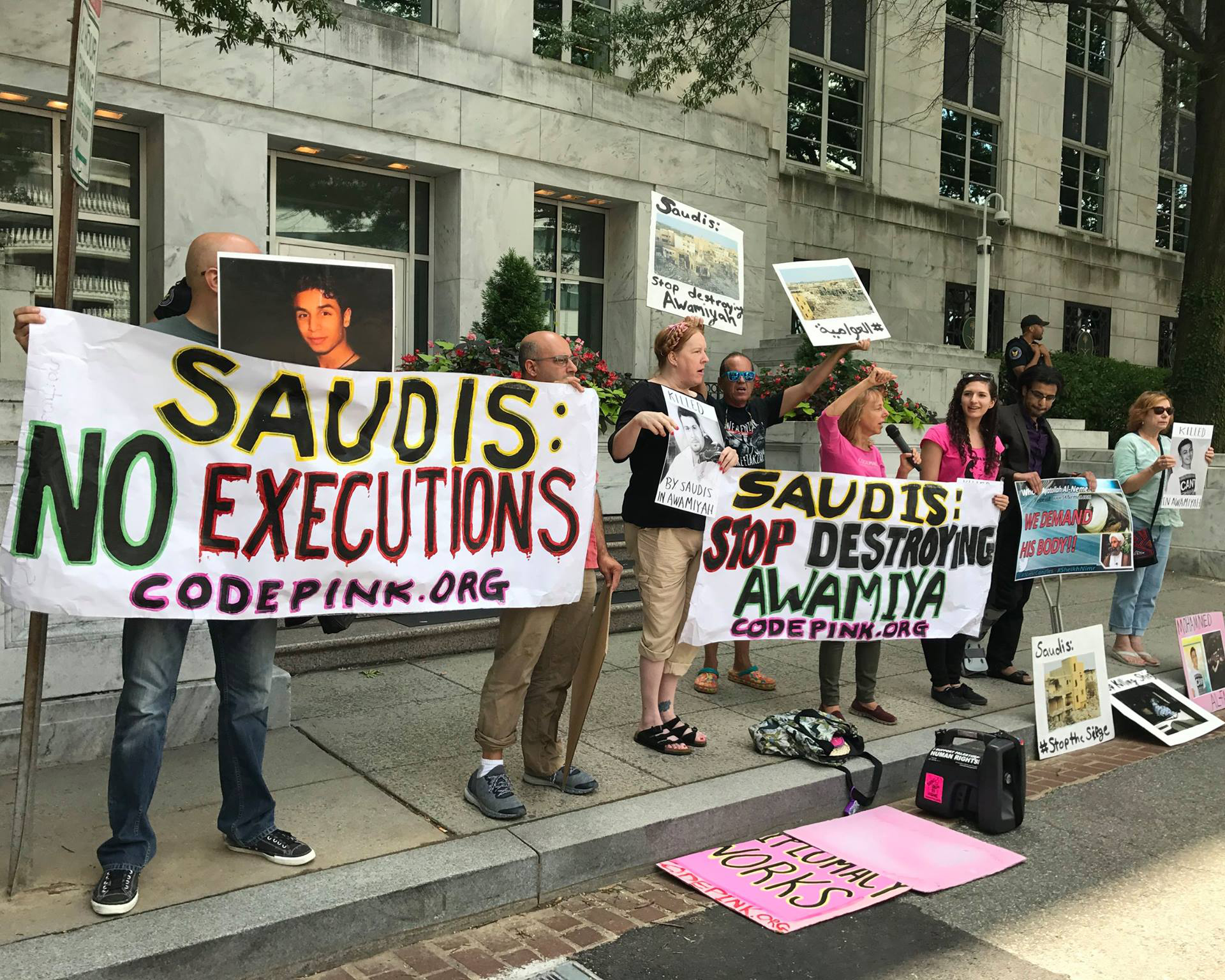