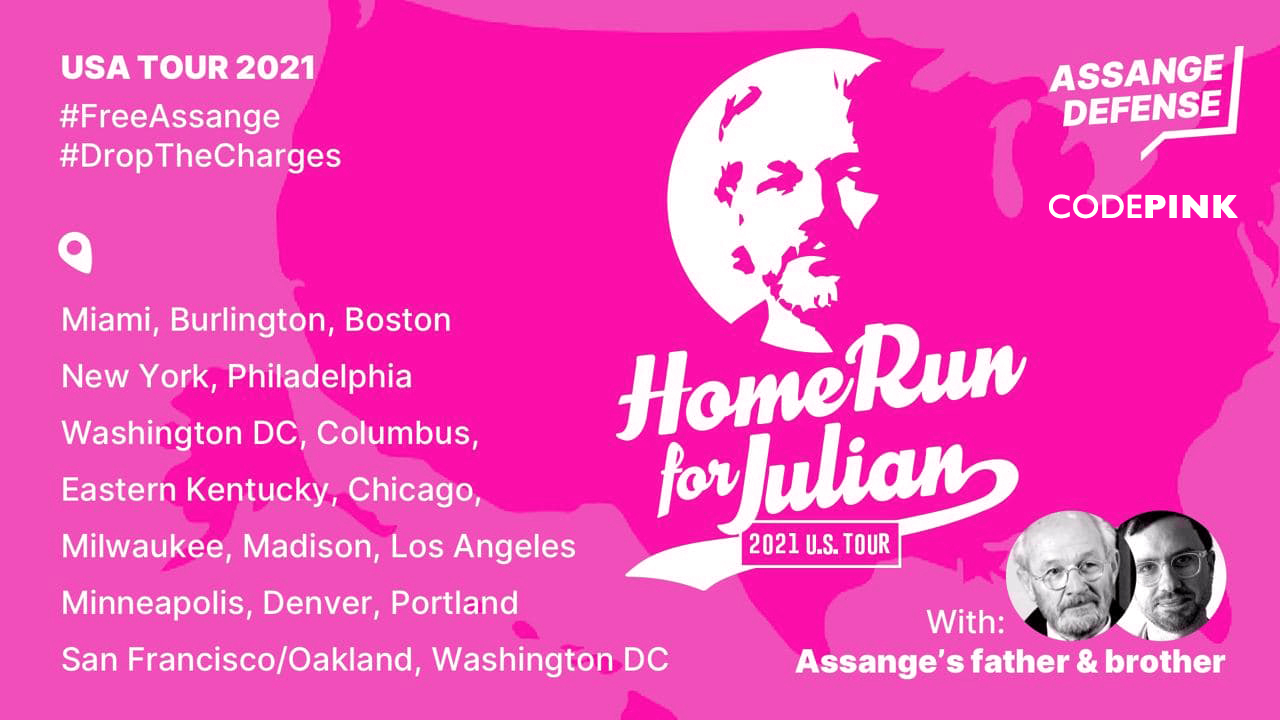 The father and brother of award-winning Australian journalist Julian Assange are on a nationwide tour of the United States calling on the U.S. government to drop its prosecution and finally let Julian come home.

Sunday the 27th, Rally with John and Gabriel Shipton along activists, press, and policymakers to raise awareness of the importance of protecting whistleblowers and journalists, and to advocate for the release of Julian Assange, whom the United Nations has declared “arbitrarily detained” since 2010.