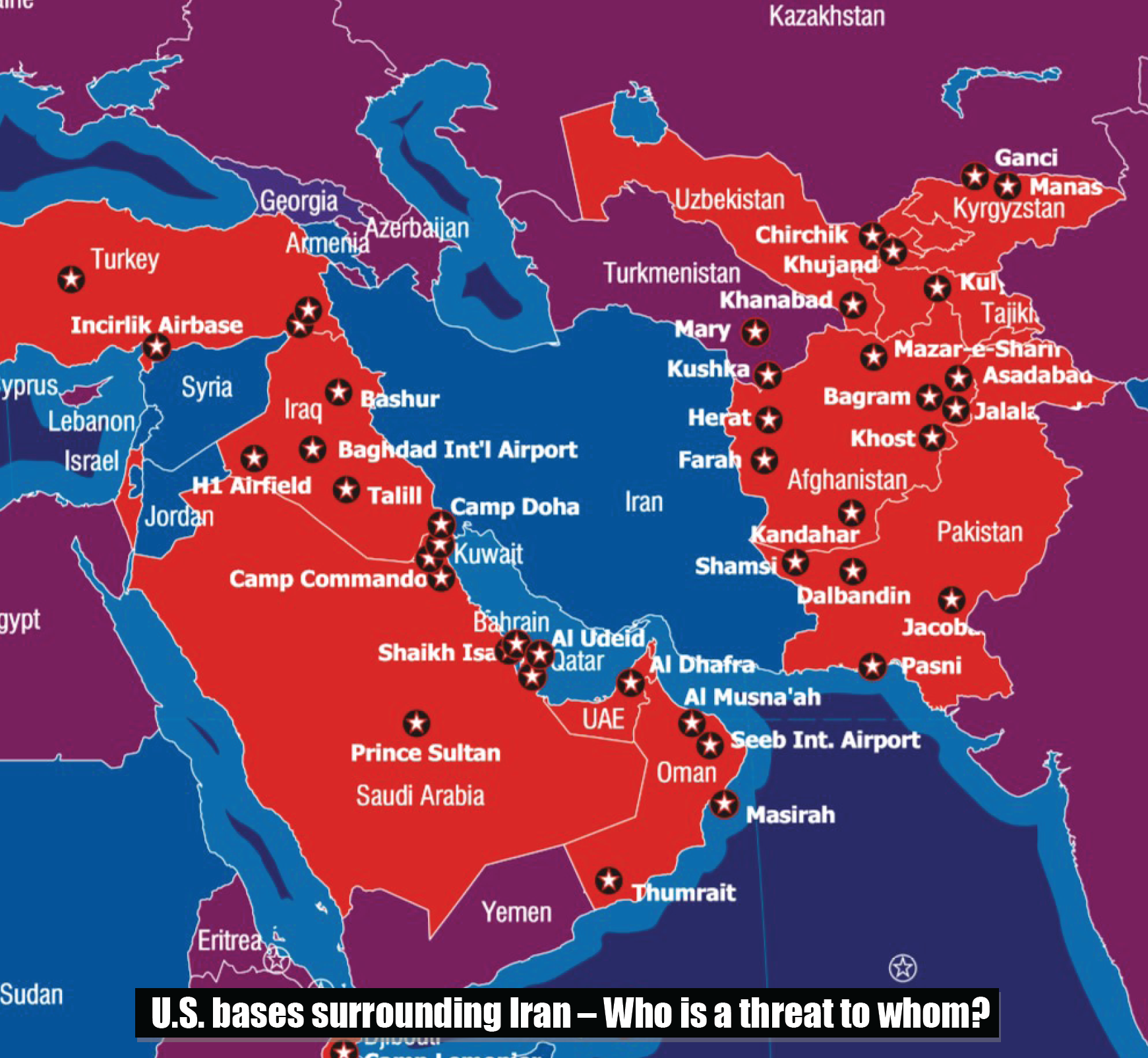 The greatest outlier in terms of possessing nuclear weapons is the U.S.

Last week, Elham Pourtaher, an Iranian graduate student at the State University of New York in Albany, wrote about how U.S. policies cause suffering and trauma far beyond U.S. borders. Her diabetic father, for example, is in danger of losing access to medicines because sanctions against Iranian banks make it nearly impossible to pay for imported goods, including medicine and food. Shortages could lead to thousands of deaths. Pourtaher described “the collective sense of fear caused by the increased sanctions.”

President Trump expressed concern that 150 people could be killed if U.S. airstrikes against Iran had been carried out last week. We must ask how many people could die because of economic warfare against Iran.

The economic war cripples Iran’s economy and afflicts the most vulnerable Iranian people—the sick, the poor, the elderly and the children.

In more than seventy visits to Iraq from 1991 to 2003, Voices in the Wilderness, a team of peace activists I was part of, reported on deteriorating conditions as people struggled to find desperately needed goods, including medicines and medical relief supplies. By 1996, U.N. officials reported that the economic sanctions directly contributed to the deaths of hundreds of thousands of children.

Wasting away from curable diseases, thousands of children who entered pediatrics wards never left. In Baghdad, Mosul, Babylon, Amara, Nasiriyah, and Basra, we visited wards that became death row for infants. Those children were by no means criminal. They couldn’t possibly have been held accountable for the actions of Saddam Hussein and the ruthless dictatorship ruling Iraq. Their plight seldom appeared in U.S. news reports about Iraq. But they were brutally and lethally punished, ostensibly because Iraq might possess weapons of mass destruction.

By the end of 2002, most Iraqis I knew dreaded a new round of military attacks and invasion. People I’d regarded as having nerves of steel said, “Believe me, Kathy, I am so scared,” or asked, “How can I possibly protect my children?”

On February 5, 2003, colleagues and I huddled over a shortwave radio on the balcony of Baghdad’s Al-Fanar hotel, straining to hear Colin Powell as he presented evidence that he said proved beyond a doubt that Iraq harbored weapons of mass destruction. After the 2003 bombing and invasion, evidence of Colin Powell’s allegations simply couldn’t be found. Now, Iraq is a broken, battered, and traumatized country.

Why should the United States now be punishing Iran?

In its last quarterly report, issued May 31, the International Atomic Energy Agency again verified Iran’s compliance with the Joint Comprehensive Plan of Action, the so-called nuke deal, even though the United States has reneged on it. Noted analyst Professor Juan Cole emphasizes that Iran’s theocratic government adheres to Islamic teachings, which forbid stockpiling or use of weapons that afflict mass casualties on civilian populations. This surely includes nuclear weapons.

The greatest outlier in terms of possessing nuclear weapons is the United States, which in an alarming new development has granted seven permits for the transfer of sensitive nuclear information by U.S. businesses to the Saudi government. So far, the Saudi government has not shown readiness to abide by safeguards which would prevent it from diverting or misusing nuclear materials to assemble nuclear weapons. Saudi Arabia already has sophisticated ballistic missile delivery systems. Crown Prince Mohammed bin Salman stated on national TV that if Iran acquires a nuclear weapon, so will Saudi Arabia.

In 2016, the United States signed a Memorandum of Understanding to provide Israel with $38 billion in military assistance over a ten-year period. Even though the official Israeli position is neither to confirm nor deny the existence of its nuclear weapons program, it is now estimated that Israel has a nuclear arsenal of at least eighty warheads. However, Israel still is not a state party to the Nuclear Non-Proliferation Treaty.

The double standards in foreign policy maintained by the United States—one standard for U.S. allies Israel and Saudi Arabia and a different standard for Iran—undermine any progress in ending wars and the potential for new wars in the Middle East.

Rather than punish Iran, the United States should immediately return to the Iran nuclear agreement and support proposals regularly advanced at the Nuclear Non-Proliferation treaty conferences for a Nuclear Weapon Free Zone in the Middle East.

The U.S. government claims it is threatened by Iran. Yet, according to David Stockman writing in Antiwar.com, the United States surrounds Iran with forty-five U.S. bases, and Iran’s defense budget of less than $15 billion amounts to just seven days of money spent by the Pentagon.

The United States, which claims Iran is supporting terrorism, continues to enable Saudi Arabia’s aerial terrorism as it regularly bombs civilians in Yemen. On June 24th, a ship bound for Saudi Arabia departed from Wilmington, North Carolina carrying bombs, grenades, cartridges and defense-related aircraft.  The United States also supplies weapons to Bahrain, the UAE, Sudan and other countries which actively participate in the Saudi-led Coalition making war against Yemen. The Saudi government directly supports the military government in Sudan, which recently killed at least 100 peaceful protesters who were part of Sudan’s Democratic Uprising.

Rather than planning cyberattacks and new means of aggression, the United States should heed calls for dialogue and negotiation, relying on Albert Camus’s conclusion to his profound anti-war essayfollowing World War II: “The only honorable course will be to stake everything on the formidable gamble, that words are more powerful than munitions.”

A version of this article first appeared in The Progressive at www.progressive.org