Contact your Alderperson to Support the Chicago City Council Resolution to #DivestFromWar! 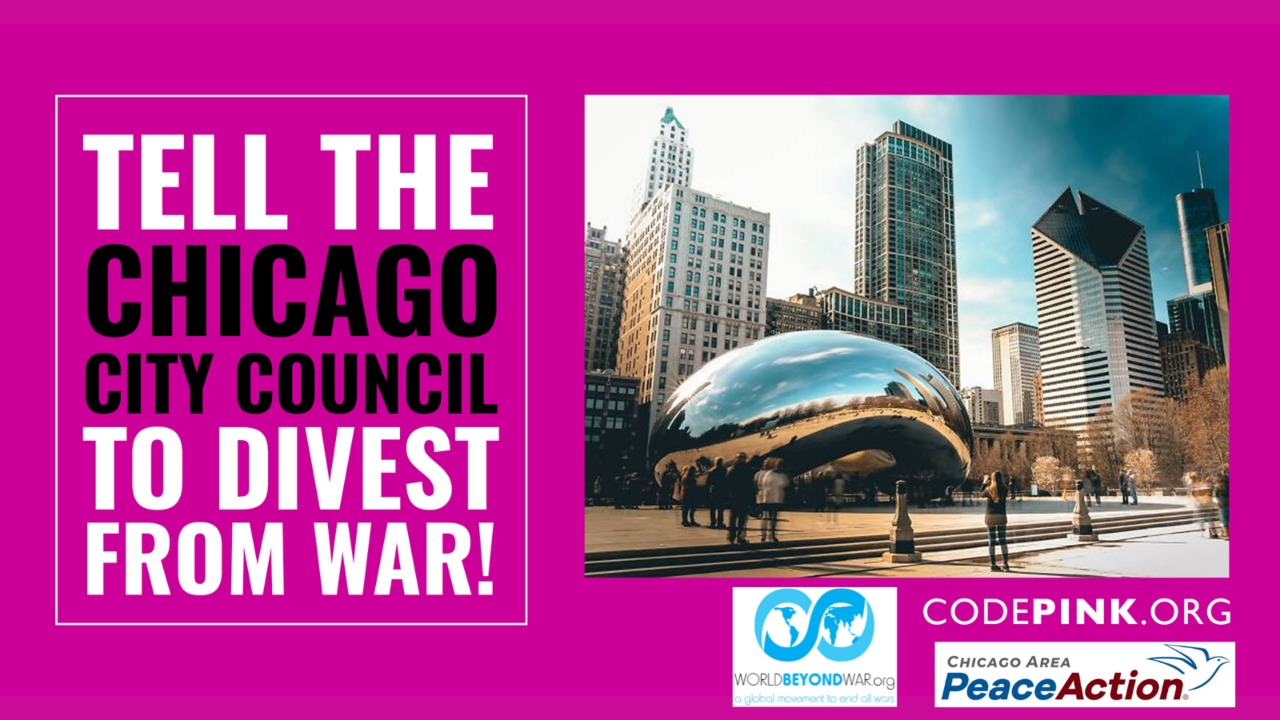 Chicago is currently investing taxpayer dollars in the War Machine through its pension funds, which are invested in weapons manufacturers and war profiteers.

Thankfully, Alderman Carlos Ramirez-Rosa has introduced a resolution into the Chicago City Council to #Divest from War!

📧Email and ☎️Call your Alderperson asking them to support the Chicago City Council Resolution to #DivestFromWar!

The Municipal Employees' Annuity & Benefit Fund (MEABF) is managed by groups that hold direct investments in weapons manufacturers, including but not limited to Segall Bryant & Hamill, Parametric, Neuberger Berman, JPMorgan, and Acadian. These investments prop up violence and militarism both at home and abroad, a direct contradiction to what should be the City’s primary role of protecting the health and well-being of its residents.

📧Email and ☎️Call your Alderperson asking them to support the Chicago City Council Resolution to #DivestFromWar!

*By signing this petition, you are signing up to join the CODEPINK and World Beyond War email lists.