A fist bump with MBS? 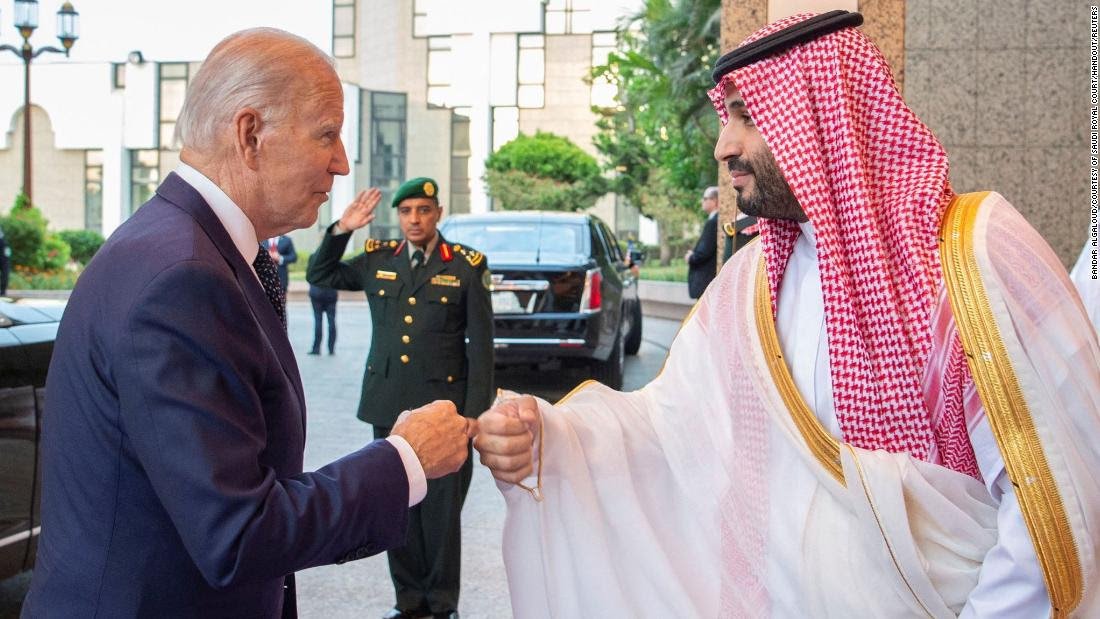 I have good news and bad news. The bad news is that Biden went to Saudi Arabia last week and bumped fists with the architect of the war on Yemen. Mohammed bin Salman (MBS) the guy pictured here, is the crown prince of Saudi Arabia who has the blood of almost 400,000 Yemenis on his hands. Biden promised to make Saudi Arabia a pariah for the war in Yemen and the murder of the journalist Jamal Khashoggi (that MBS ordered himself). By the looks of it, that has all gone out the window. Biden is fist bumping a murderer and has failed to end US involvement in the war on Yemen, making himself complicit in death and destruction.

The good news is that during Biden's trip to Saudi Arabia, three senators (Sanders, Warren & Leahy) introduced a War Powers Resolution for Yemen in the Senate. The same bill is gaining rapid & bipartisan support in the House. Passing it would mean an end to US involvement in Yemen.

Help us force Biden's hand! Tell your Senators to pass the War Powers Resolution for Yemen!

There's more good news. The war in Yemen reached a truce just before Ramadan started this year. It has been months since then. This means Yemenis living in Sana'a have experienced way less destruction from Saudi/UAE-led airstrikes and the airport in Sana'a has had *some* commercial flights land and depart. However, this is not nearly enough, and the truce remains fragile.

This makes passing a War Powers Resolution even more important. We are at a critical moment where the war is not escalating, but if it does, the United States will undoubtedly be involved. We have a responsibility to do what we can for the people of Yemen who have suffered from US foreign policy for years.

Writing to our Senators is the least we can do. Tell your Senators to join the effort to pass the War Powers Resolution for Yemen!