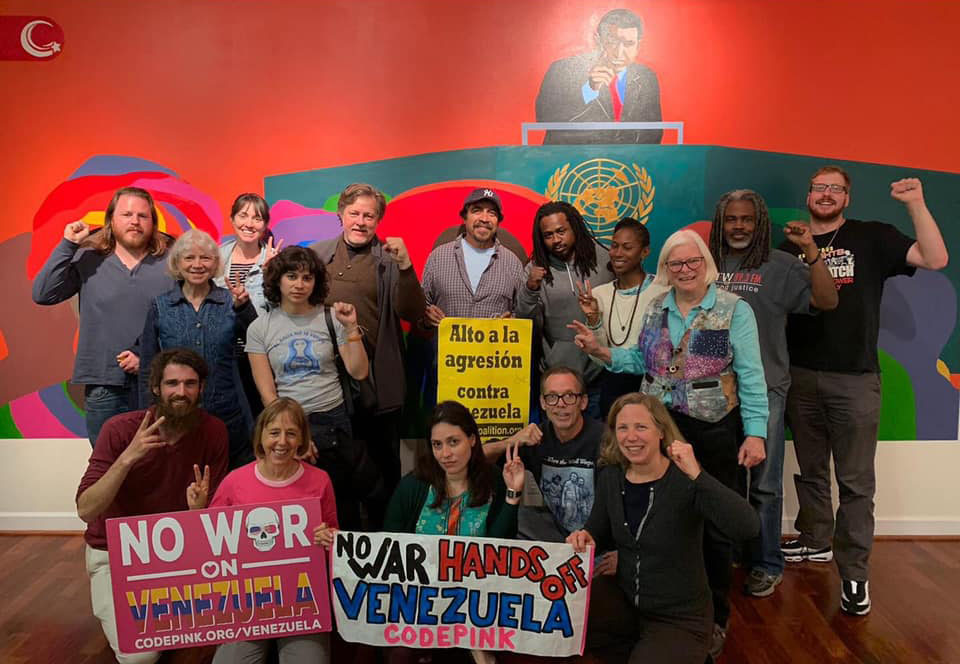 Above photo: Activists pose for a photo after an evening of Palestinian resistance music and presentation on the Black Alliance for Peace’s “Shut down AFRICOM” campaign by Pan African Community Action.

Come to Washington, DC starting on Saturday, May 4 at 1:00 pm to set up a permanent presence of love and resistance in solidarity with the Embassy Protectors who are inside the Venezuelan embassy in Washington, DC. We will set up a pop-up tent across the street from the front of the embassy at 1099 30t St., NW. We are asking our allies to surround the embassy with love and resistance to quell the hatred and violence coming from occupying fascists. Bring supplies for the protectors such as coffee, food, hygiene and cleaning products, socks and T-shirts. Here is the Facebook Page.

We are asking everyone to contact your member of Congress to demand that they:

The Embassy Protection Collective, a group of organizations and individuals, is residing and working in the Venezuelan Embassy in Washington, DC at the invitation of the elected Venezuelan government as an interim protectorate. We have taken on the responsibility for maintaining, cleaning, and caring for the building until a permanent protectorate for the embassy, in the form of a mutual formal agreement to find third-party host countries to safeguard the Venezuelan and U.S. embassies in Washington and Caracas, respectively is established. We have received innumerable messages of support and love from around the world. We are safe in the building, and our will is strong.

The right-wing group occupying the exterior of the building is violently harassing and attacking individuals who are outside protesting U.S. intervention. They are also blocking entrances to the building, and have caused extensive damage to the building’s exterior—including destroying security cameras, drilling into doors and hitting the garage door with a sledgehammer.

Many of the members of this group of Pan-American Trump supporters outside the building are white supremacists, shouting the most vulgar racist, misogynistic and homophobic insults and death threats imaginable at Embassy Protectors and our supporters. Numerous videotaped examples of this behavior have been published online.

The Secret Service has witnessed the violence of this right wing hate group against Embassy Protectors and our supporters and against the Embassy building, and has done nothing to discourage them. While the right-wing protestors have perpetrated numerous acts of violence against us, we have maintained a consistently disciplined and peaceful presence. Nonetheless, in all but one particularly egregious case of battery, the Secret Service has only detained individuals protesting U.S. intervention in Venezuela. Examples of charges levelled against us include “Tossing Missiles”—the offense listed on Ariel Gold’s arrest warrant for trying to throw lettuce to Embassy Protectors, as the right-wing group has been blocking people and supplies from coming in the building.

Allowing unelected, failed Venezuelan coup mongers—who are taking their orders from war criminal and genocide abettor Elliott Abrams and others in the Trump administration—to take the embassy would be an escalation of international aggression. It would also be a violation of According to Article 22 of the 1961 Vienna Conventions, on Diplomatic Relations, which is explicit that foreign embassies should be protected by the host government and their space should not be violated even when countries are at war or have severed diplomatic relations. Specifically, international law requires:

We need more activists who care about the future of resistance in the world to join with us.  Email [email protected] to let her know when you can come or just come on by. Onward to Peace!

Here is a list of organizations that have signed onto the Embassy Protection Collective Declaration: 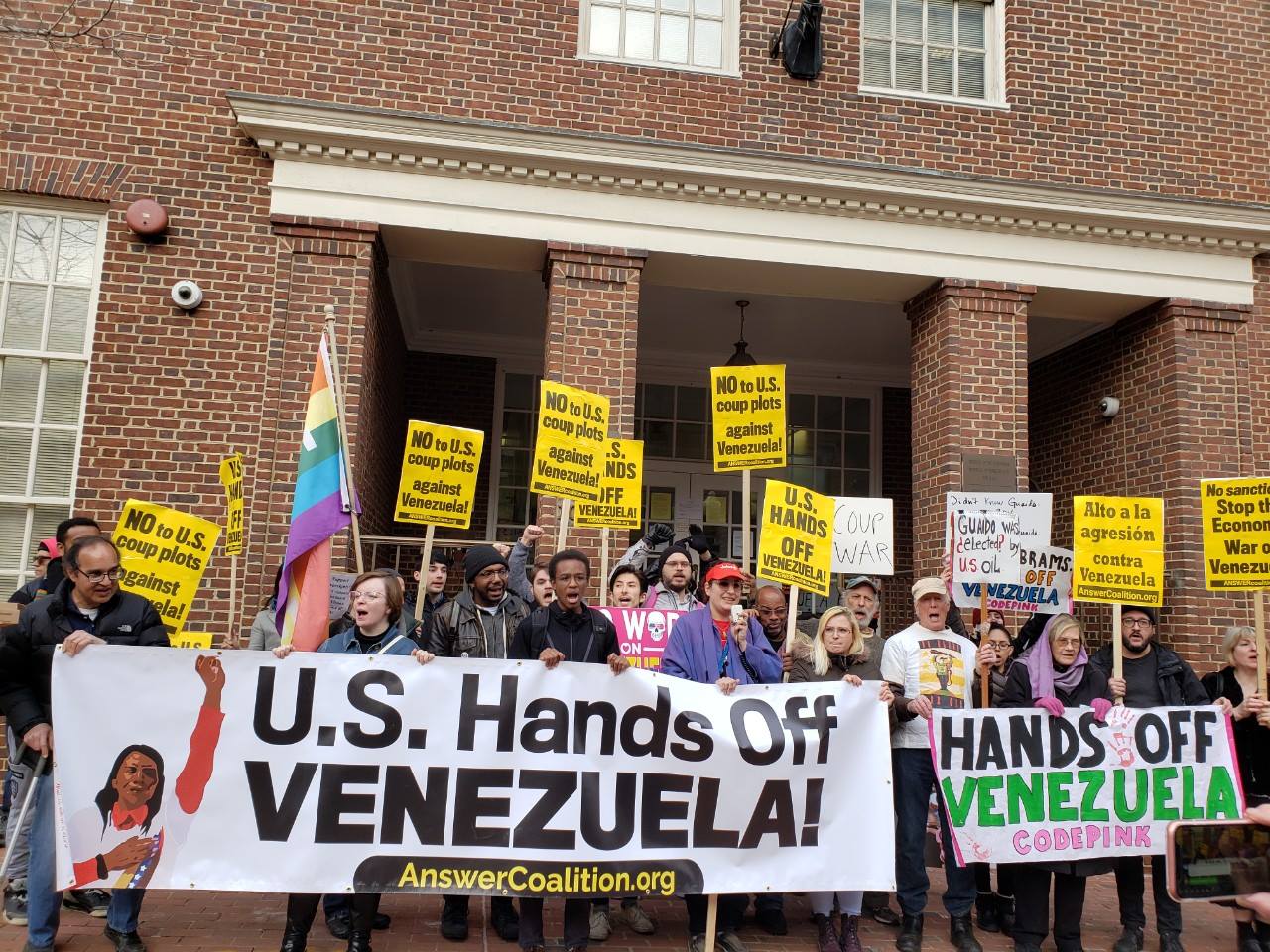