Protest War in Yemen & Call for Peace in Ukraine- Milwaukee 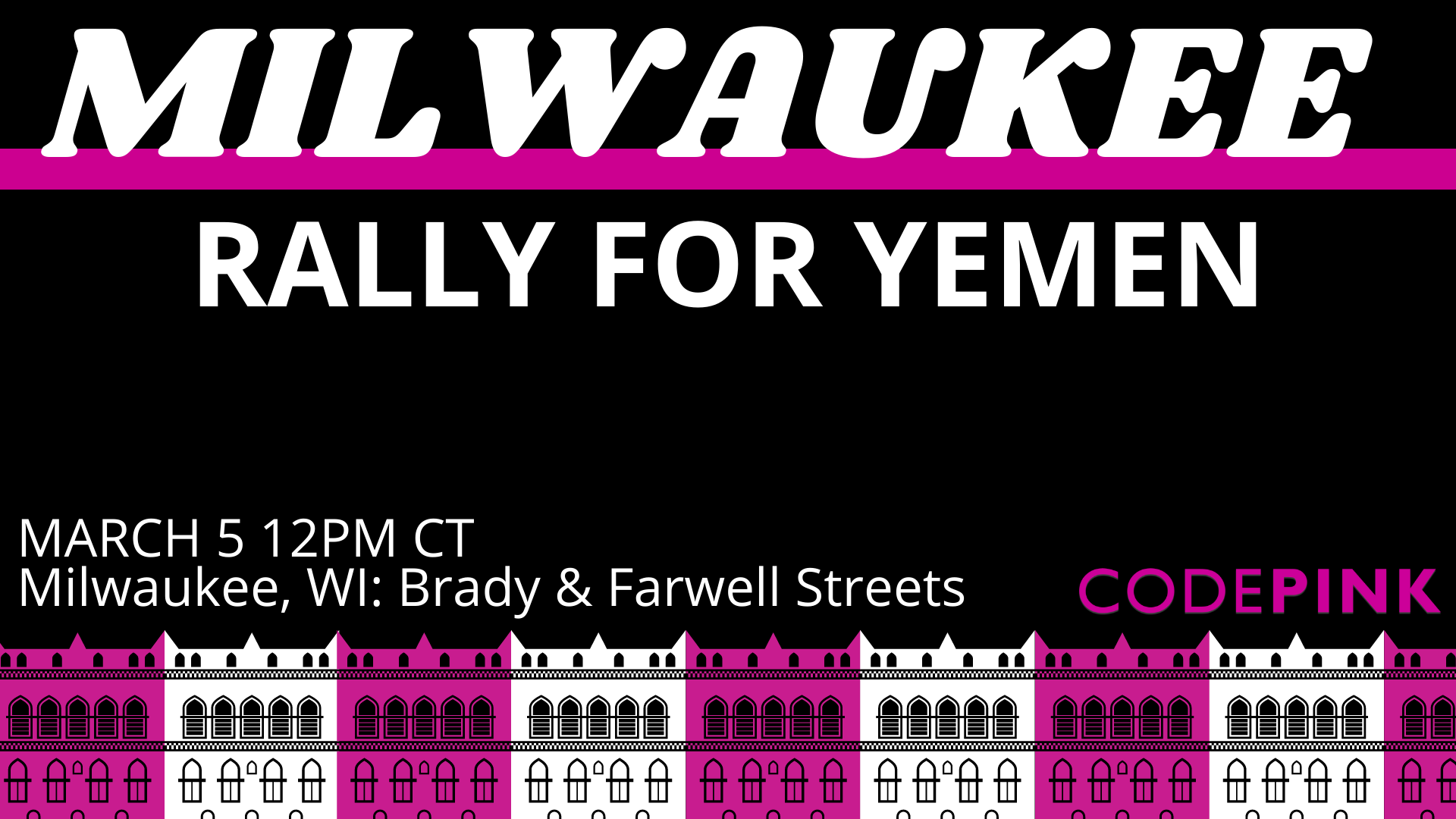 → Call on Saudi Arabia and the UAE to Lift the Blockade, Opening Airports and Seaports. Speak to President Biden by March 1st to insist he use his leverage with Saudi Arabia to press for the unconditional and immediate lifting of the devastating blockade.

Peace in the Ukraine

War is not a solution, inclusive and good-faith peace talks are.

There must be an international peace conference for a treaty that will establish the permanent neutrality of Ukraine which will be guaranteed by the United Nations Security Council under Chapter 7 of the U.N. Charter. It is clear that only  the non-military options in the UN Charter (Articles 33 – 41) and not a military response (Article 42) by either side are legal under international law.

Russia must cease it's military aggression and negotiate for peace in the Ukraine, with an immediate ceasefire, withdraw its troops and weapons from Ukraine.

The US has just announced $350 million in weapons transfers to Ukraine and the US plans to send $6 billion more in military aid. The US must send humanitarian aid, not escalate war by sending more weapons to the region. Sanctions aren't a solution, they will harm civilians, and will not force Russia to capitulate and will not help with diplomacy.

Peace Action WI believes that non-violence and peace talks are the only path forward to peace.