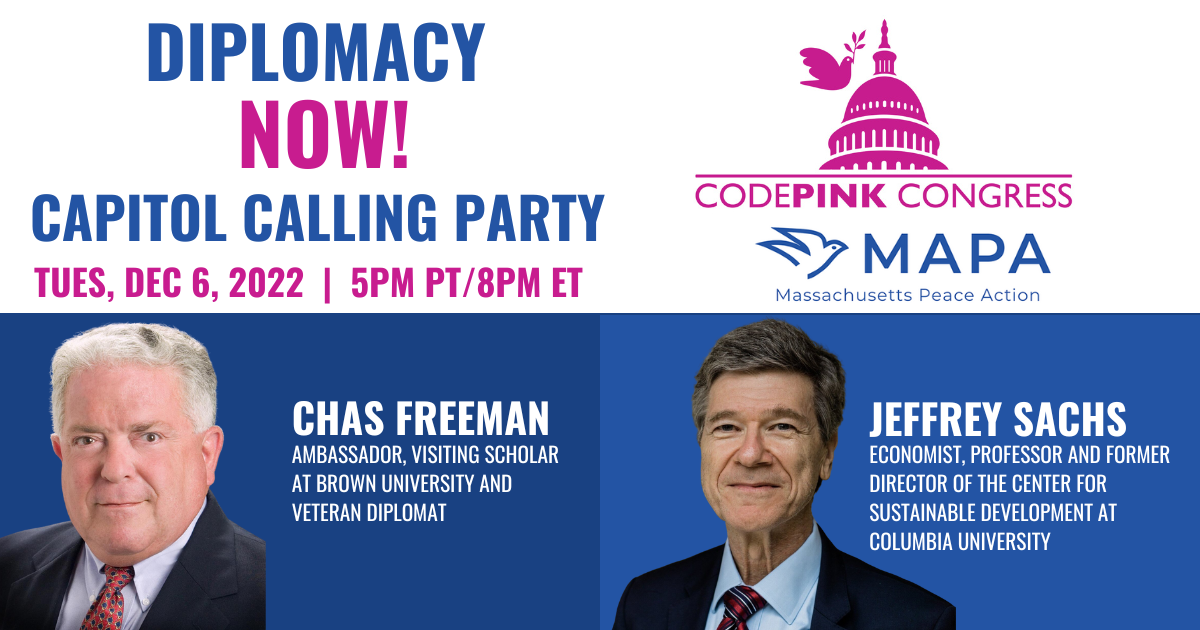 What happened to the art of diplomacy? Let’s revive it! Hear from the diplomats on how diplomacy should work, as well as prospects for diplomacy to resolve the war in Ukraine and lower the tension between the US and the People’s Republic of China. With NATO expanding to the Pacific and the Ukraine crisis posing an existential danger, the pursuit of diplomacy must take center stage. Guest co-host Col. Ann Wright, former US deputy ambassador to Afghanistan, will be among the moderators.

P.S. Tell the Biden White House to tune in!

Ambassador Chas Freeman is a visiting scholar at Brown University and a veteran diplomat with a long resume, including Director for Chinese Affairs at the US State Department (1979-1981), interpreter during President Nixon’s historic visit to China in 1972, Ambassador to Saudi Arabia (1989-1992), Assistant Secretary of Defense for International Security Affairs (1993-1994) and Principal Deputy Assistant Secretary of State for African Affairs (1986-1989) during the historic US mediation of Namibian independence from South Africa.

Economist Jeffrey Sachs is a professor and the former Director of the Center for Sustainable Development at Columbia University. He has been advisor to three United Nations Secretaries-General, and currently serves as a sustainability adviser to Secretary General António Guterres. We will watch a video by Sachs on the essential components of a peace agreement between Ukraine and Russia, and the role of China in reaching a diplomatic resolution to the war in Ukraine.