Bans Off Our Bodies! 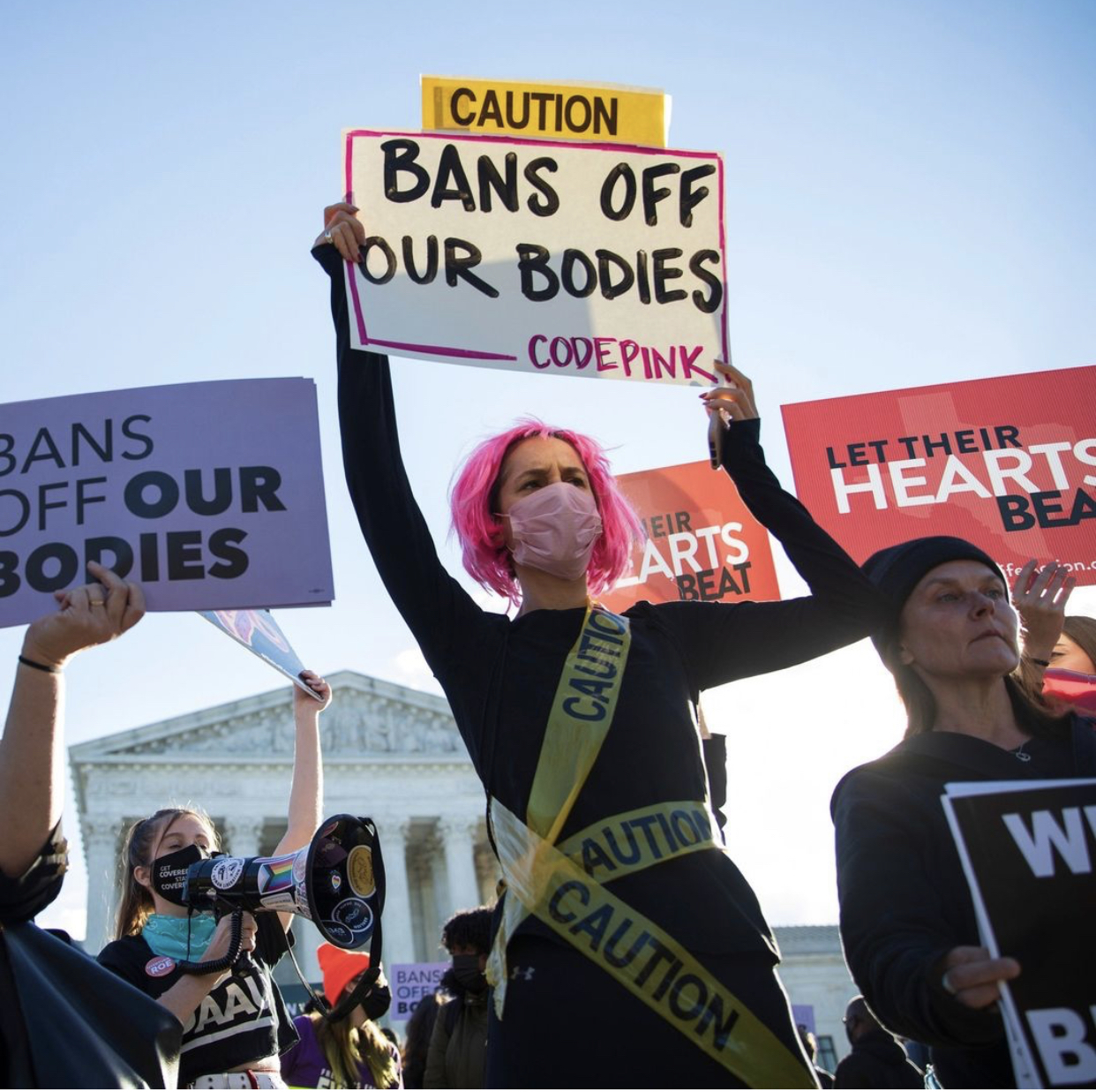 The Supreme Court will hear argument on Dec. 1 in a challenge to a Mississippi law that bans almost all abortions after the 15th week of pregnancy.

The case, Dobbs v. Jackson Women’s Health Organization, was already positioned to be one of the highest-profile arguments of the 2021-22 term because the state had specifically asked the court to overrule its landmark decisions in Roe v. Wade and Planned Parenthood v. Casey, holding that the Constitution protects the right to have an abortion before the fetus can survive outside the womb.

But the spotlight on the case became even more intense earlier this month, when the Supreme Court turned down a request to block the enforcement of a Texas law that prohibits abortions after the sixth week of pregnancy.

We will be there in solidarity with other people and groups rising against fascism (which militarism fuels) calling for #BansOffOurBodies.