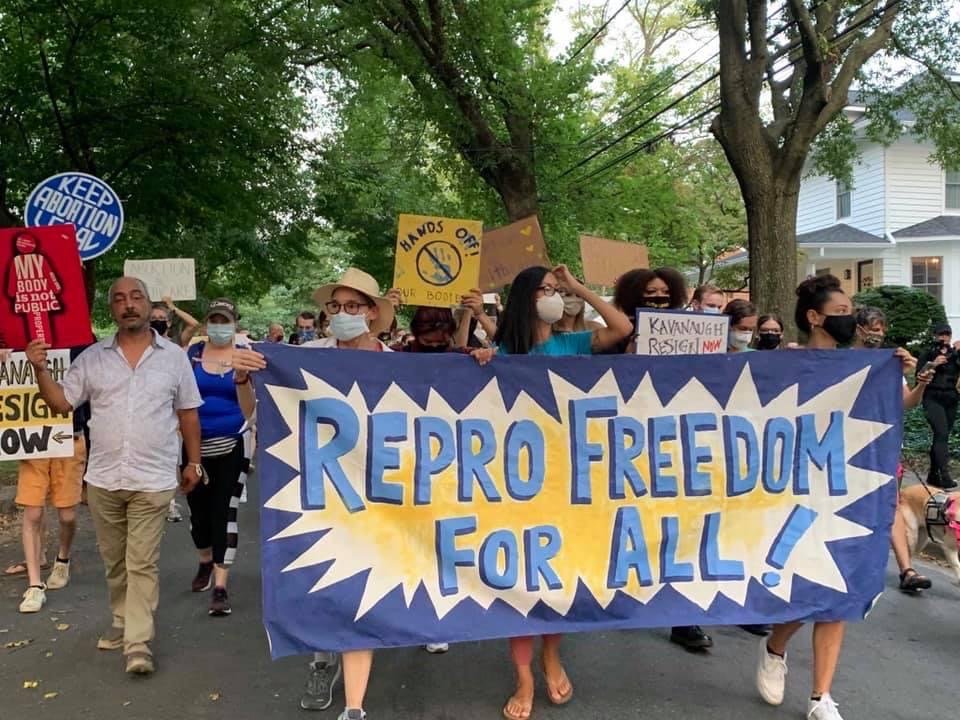 Between Wednesday, Jan. 19 and Friday, Jan. 21, thousands of anti-abortion extremists will be in Washington, DC asking politicians and judges to impose their religious beliefs on the rest of the country. As a result of decades of conservative court-stacking, they may be closer to getting their wish than at any point since the Roe v. Wade decision of 1973. The Supreme Court’s far-right majority recently allowed Texas’ inhumane and unprecedented abortion ban to remain in effect, signaling that they plan to overturn Roe.

The forced birthers are coming to DC at a time when COVID is once again on the rise, making both large gatherings and in-person confrontation risky. And they probably won’t be wearing masks!

Let’s show that they and their oppressive ideas are NOT welcome here. Together with our community, we will cover DC – particularly the areas where they are marching – with messages in support of reproductive freedom, so that they know their attempts to impose their backwards beliefs will be met with resistance, no matter what the Supreme Court decides. RSVP for pick-up of supplies and art distribution locations.