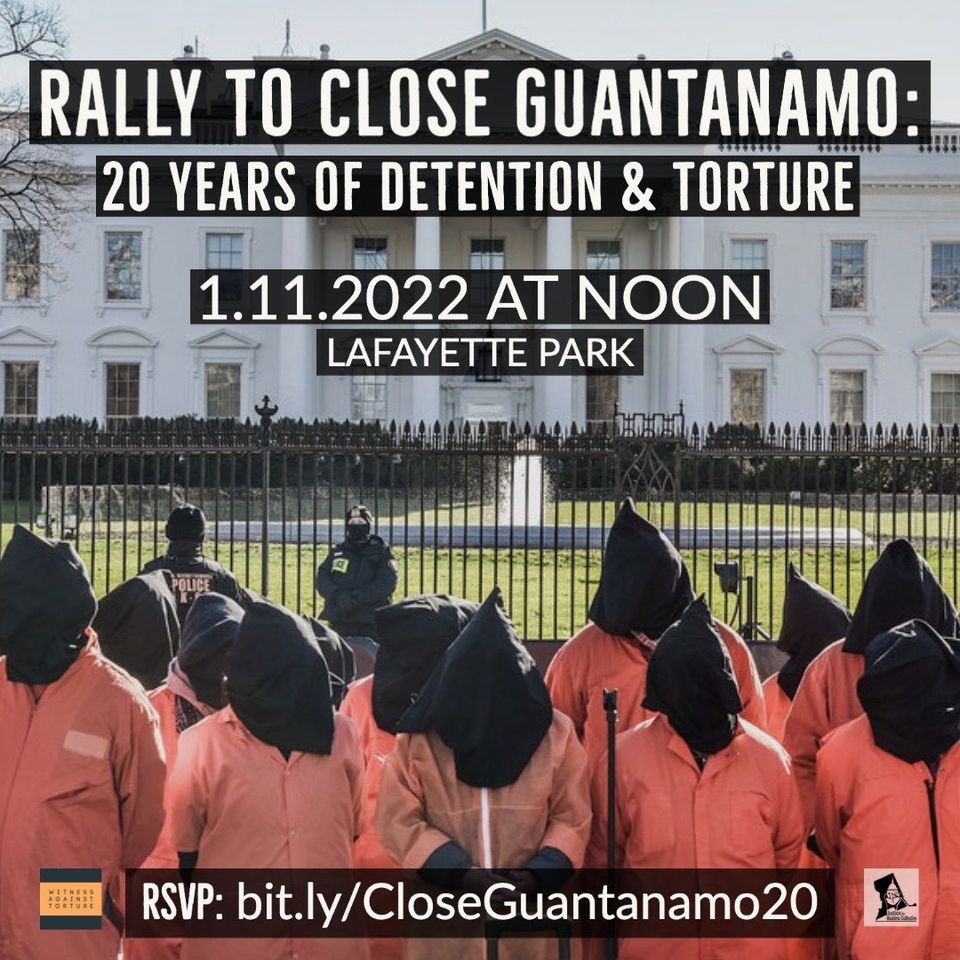 January 11th, 2022, marks 20 years since the opening of the Guantánamo Bay detention center. Since its opening, 780 men have been detained there - all Muslim. Today, 39 of these men remain. Most have never been charged with a crime. Thirteen have been cleared for transfer, but are still imprisoned there. Guantanamo is a place of enduring violence against Muslims and an ongoing symbol of U.S. injustice and torture. Guantánamo represents the worst of this country’s xenophobia. Its continued existence threatens to render meaningless America’s commitment to human rights, the rule of law and basic ideas of fairness. Join Witness Against Torture, CODEPINK and more to call the Biden administration to keep their promise and #CloseGuantanamo for good.