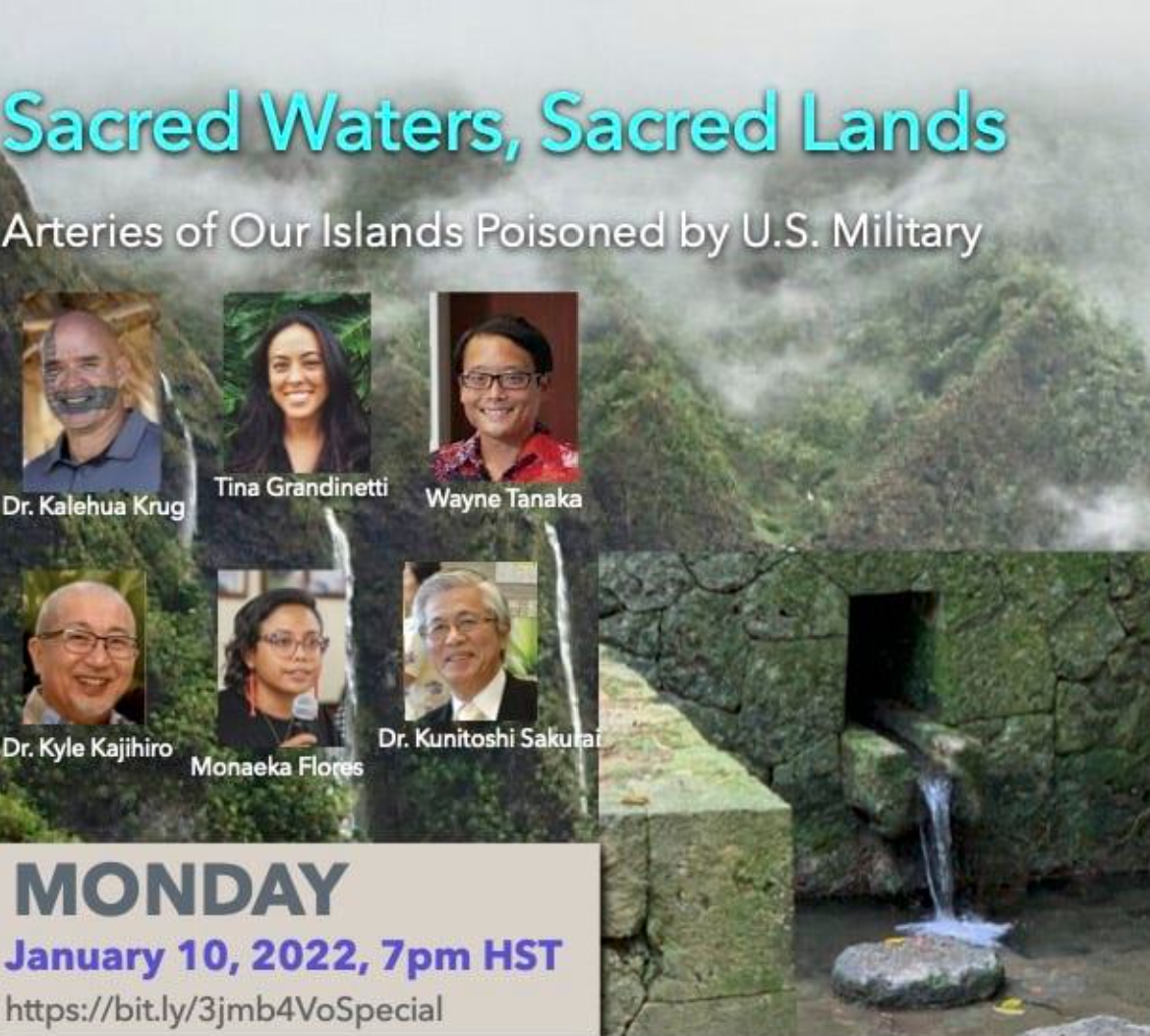 Water is the source of life for ALL things to survive. It is water that gave life to the first living things, and from which we are born. Island people and communities are especially dependent on the water from the land as it not only quenches thirst, but also provides sustainability for food and environment. Considered sacred by the original island peoples, and even as a living entity itself, water is looked at differently by the outsider as a commodity. The recent outbreak of petroleum in Hawai'i, PFOD chemical release in Okinawa, and a threat to the aquifer in Guam are combined evidence of the US military's arrogant and irresponsible occupation of Indigenous lands that threated the lives of the people and is an international problem.

Join us in this special presentation as we listen to discussion from esteemed panelists from Hawaiʻi, Guahan (Guam), and Loochoo/Okinawa on the value, culture, and essence of water for the island communities and the similarities in the problems faced by the people.

Join by following the Ukwanshin page for Facebook livestream or use this link for Zoom.