A View from India: The Quad & AUKUS 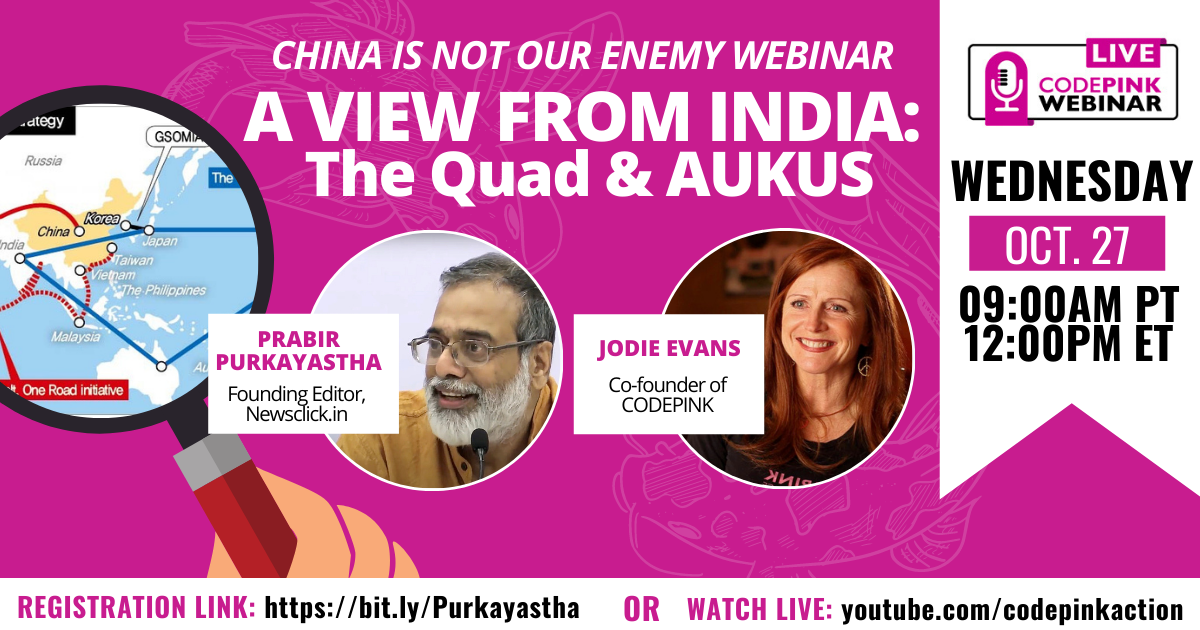 Join CODEPINK co-founder Jodie Evans and the Editor-in-Chief and founder of NewsClick, Prabir Purkayastha, for another China Is Not Our Enemy webinar where they'll discuss the U.S. hybrid war on China with a special focus on the Quad, the recent AUKUS alliance, and India's role in the region that U.S. military planners are increasingly referring to as "the Indo-Pacific."

Featured speaker:
Prabir Purkayastha is the founding editor of Newsclick.in. He is an engineer and a science activist in the power, telecom and software sectors, including the Free Software movement. He is one of the founding members of the Delhi Science Forum. He is the author, along with Vijay Prashad, of Enron Blowout: Corporate Capitalism and Theft of the Global Commons (LeftWord 2002).

👉RSVP now for a copy of the Zoom link! Or join us live on Youtube!

To learn more or watch past webinars in this series, visit #ChinaIsNotOurEnemy, or follow us on Twitter.