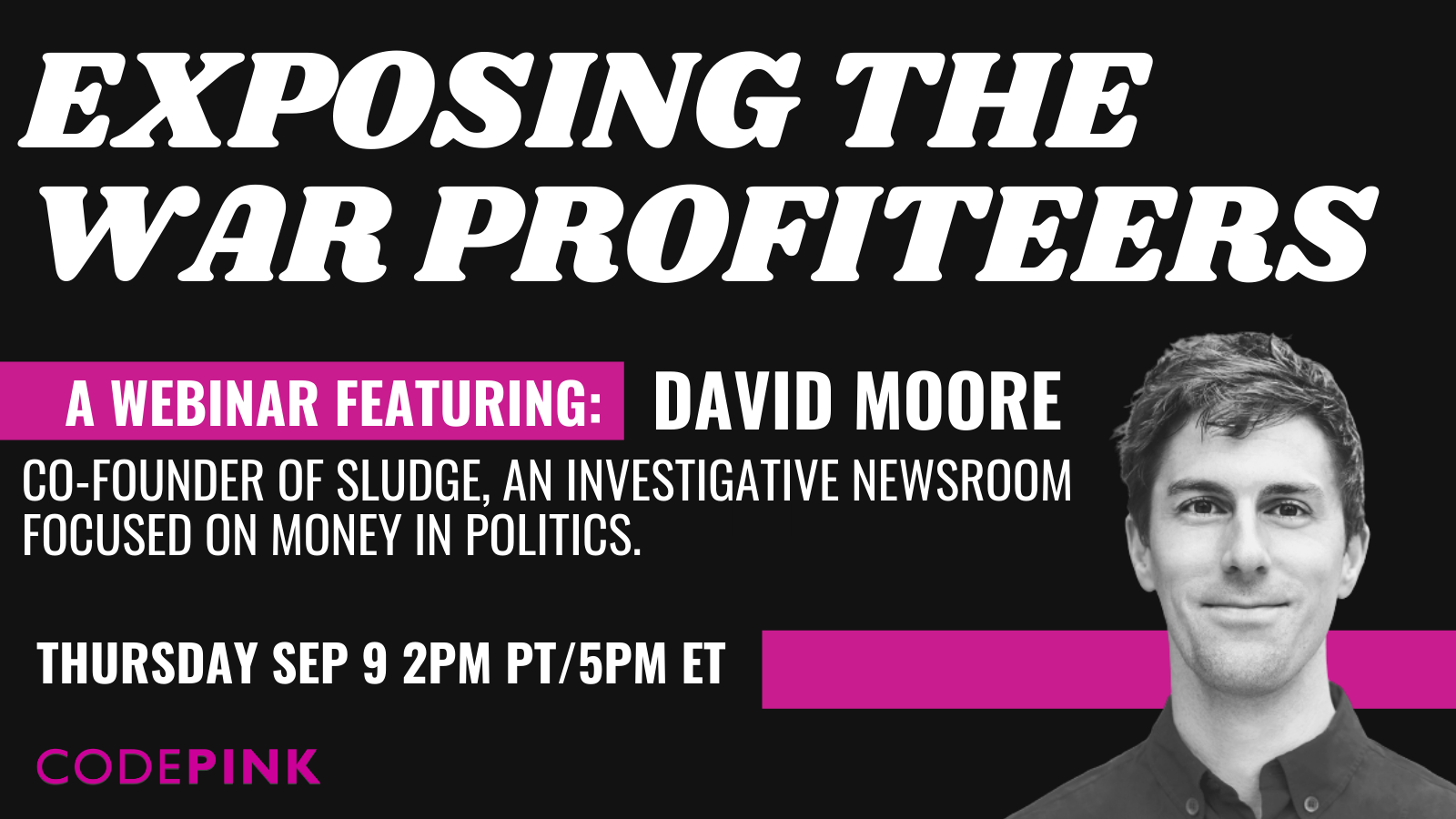 On Thursday, September 9th join us for Exposing the War Profiteers: a webinar with special guest David Moore, co-founder of Sludge, an investigative newsroom focused on money in politics.

During this webinar, CODEPINK Co-Director Carley Towne and David will explore his most recent investigative report detailing the members of Congress who personally profit from investments in the same military contractors they vote to enrich every year through the National Defense Authorization Act. We'll delve into these investments AND what we can do to hold our representatives accountable!

RSVP to receive the zoom link to join the webinar. All webinar participants will also have a chance to participate in a Q&A session with David and Carley.

David Moore is the co-founder of Sludge, an investigative newsroom focused on money in politics. With co-founder Donald Shaw, he has covered the U.S. Congress for over a decade, including as founders of the former government transparency resource OpenCongress. His most recent story on the stock holdings of members of Congress in the defense industry is a follow-up to one of Sludge's most-shared stories, “The Members of Congress Who Profit From War.” David lives in Brooklyn, New York.