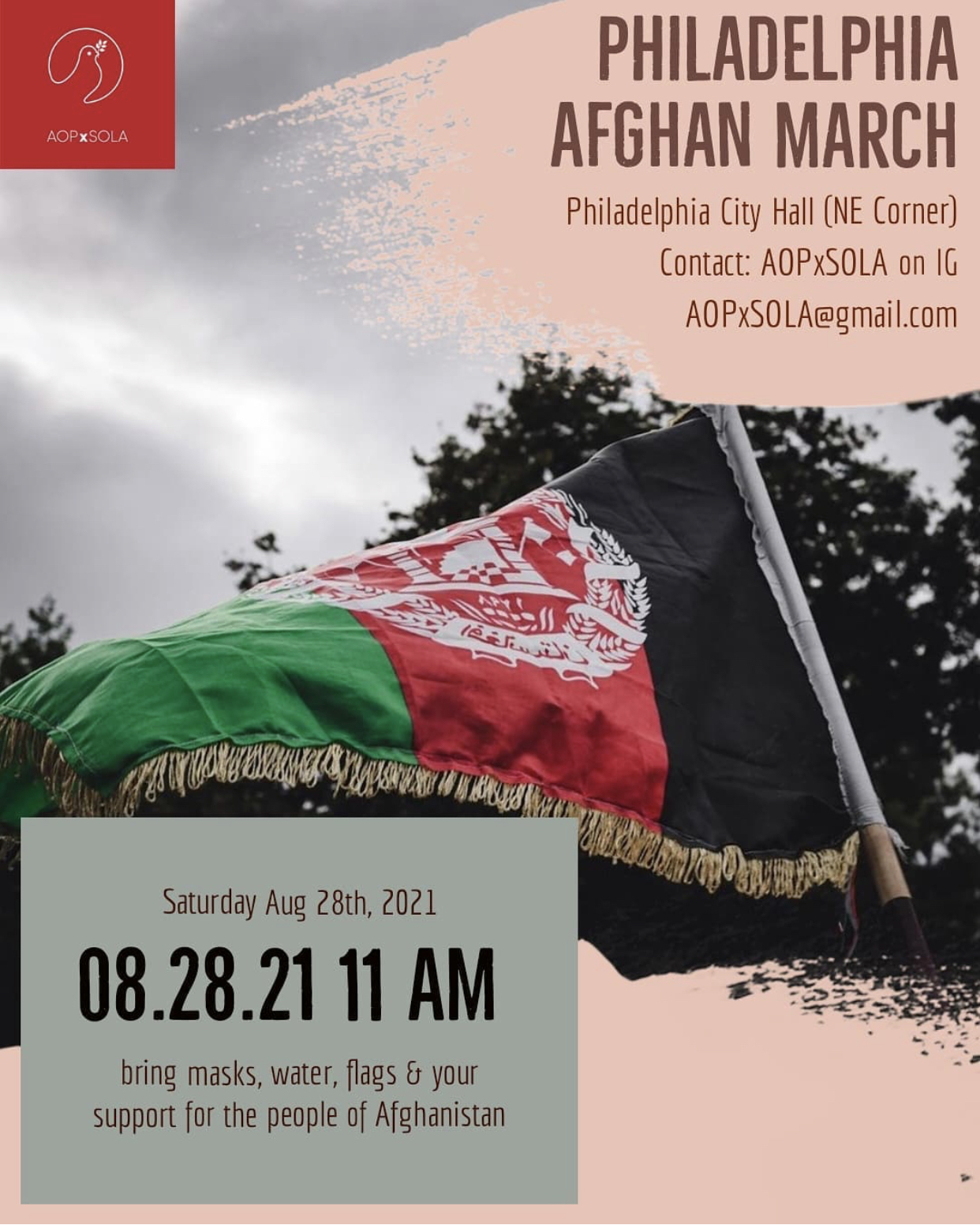 Join this Philly coalition in demanding a ceasefire and peace in Afghanistan. Stand in solidarity and raise awareness for the growing humanitarian crisis of displaced Afghan people.

CODEPINK has adamantly opposed the U.S. war on Afghanistan since it began, and we must join in efforts to point out the failure and disastrous 20 years of U.S. military intervention.

Organized by: Afghan Organization of Philadelphia & the Sola Foundation

See you there in PINK!