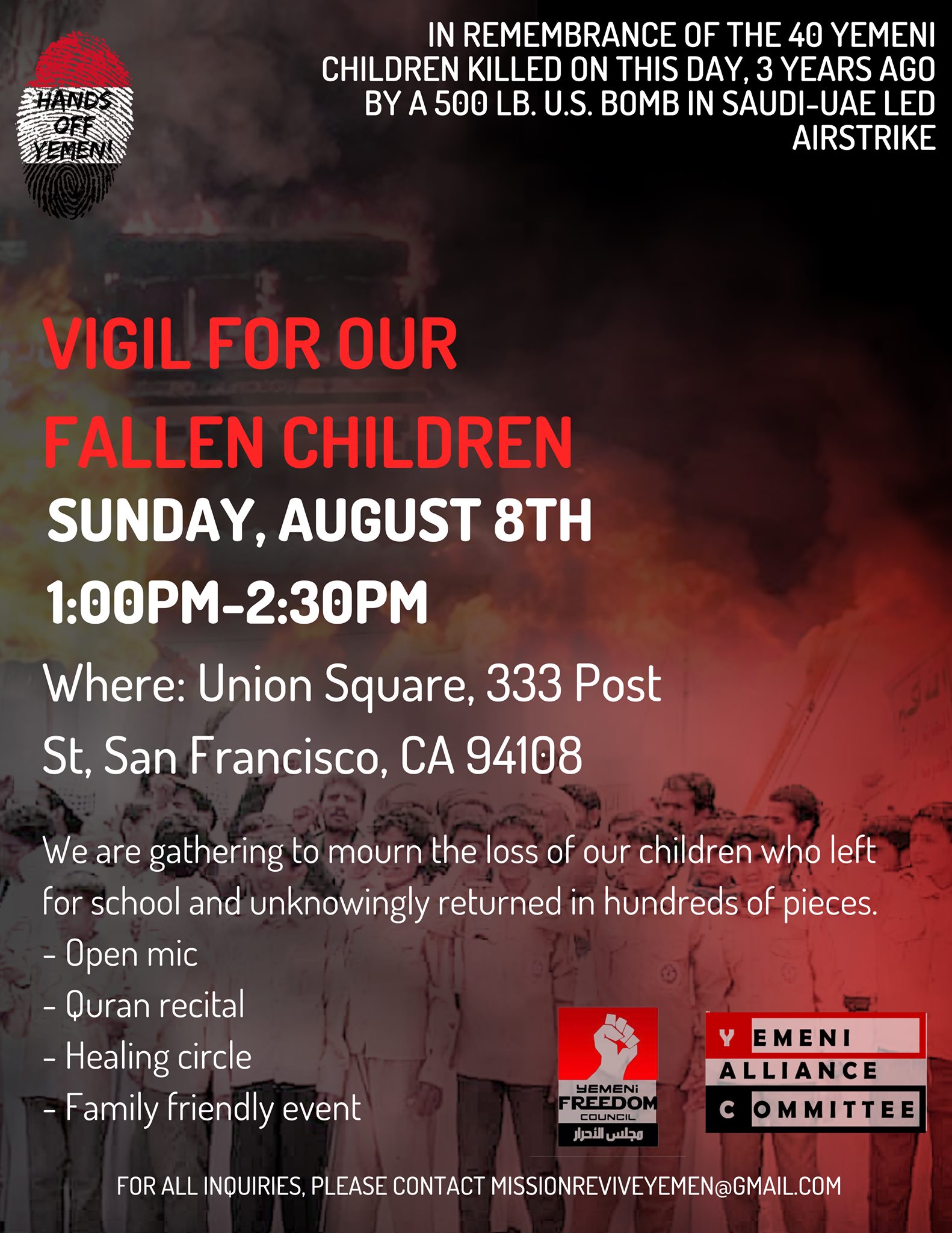 CODEPINK Bay Area has gathered 40 pairs of shoes and roses to be places with the 40 backpacks representing the children killed in the Yemen school bus bombing 3 years ago. The event will begin @1PM PDT, but please join us to place the shoes and roses at @12:45PM PDT.

The 500 pound bomb that hit the school bus was made in the U.S. by Lockheed Martin, and supplied to the Saudi-led alliance to bomb Yemen.

We especially want to show our sympathy, and our determination to stop weapons contracts to Lockheed Martin and U.S. weapons sales to Saudi Arabia. Yemenis are suffering the worst humanitarian crisis in the world. We demand that the U.S. stop any funding or military aid for this war, and that Biden lift the U.S. sanctions against Yemen immediately! With a raging pandemic, famine, drought, cholera, and war, the United States should be helping Yemenis, not contributing to their misery.

- The coalition has requested all attendees wear black -