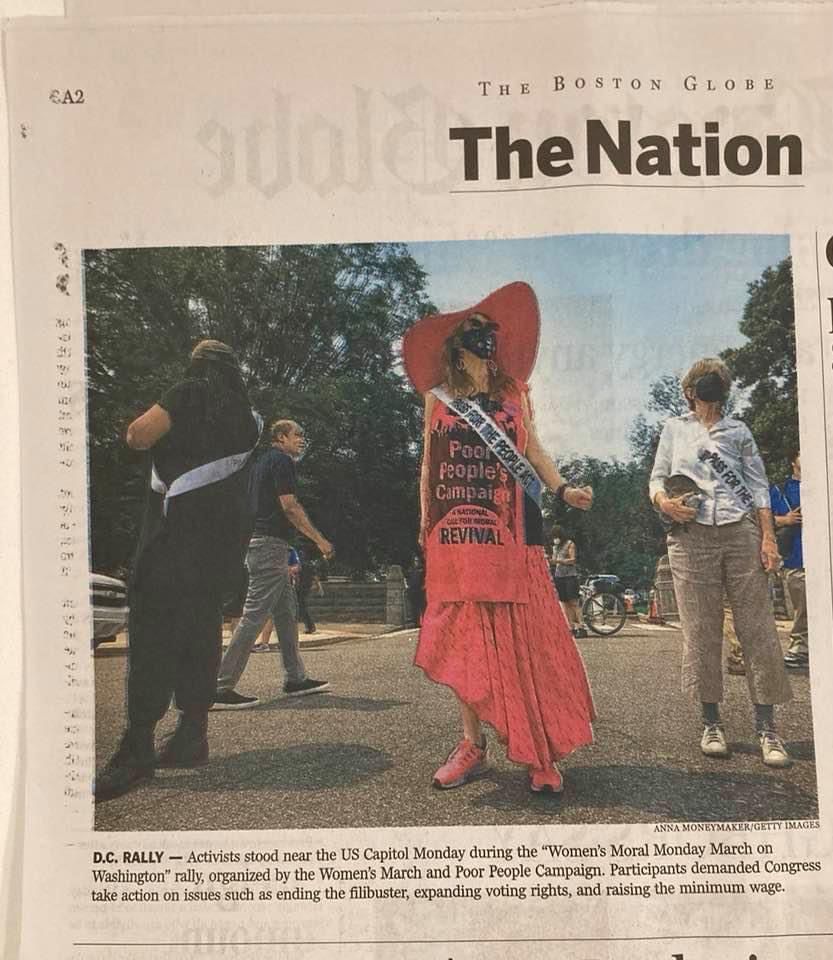 In the fourth week of the Season of Nonviolent Moral Direct Action, we are calling everyone to Washington DC for a Mass National Moral Monday Action, on August 2 @11AM, the week of the anniversary of the signing of the 1965 Voting Rights Act. Thousands will gather in DC for this rally and direct action led by poor people, low-wage workers and faith leaders.

The time is now for a resurrection of nonviolent moral direct action, not an insurrection of immoral violence.

The Poor People’s Campaign: A National Call for Moral Revival, joined by dozens of partners, our 40+ state coordinating committees, and thousands of faith leaders, has announced a season of non-violent moral direct action July 12 - August 8.

Now is the time to ask our representatives and ourselves: Which Side Are You On? Democracy or Autocracy? The provisions of the US Constitution or the demands of the US Chamber of Commerce?

This fight is not just about Black or white. What we are witnessing are attacks on people of every race, creed, income, gender, sexuality, ability and identity. The battle to suppress the vote is a tool of wealth distribution upward. Not only are we battling autocracy, but the possibility of descending further into a civil oligarchy.

The purpose of this season of action is to strengthen the resolve of our allies to stand up against these injustices and to challenge the capitulation and inaction of those who have proven themselves to be adversarial to voting rights, economic justice and the very foundations of our democracy.