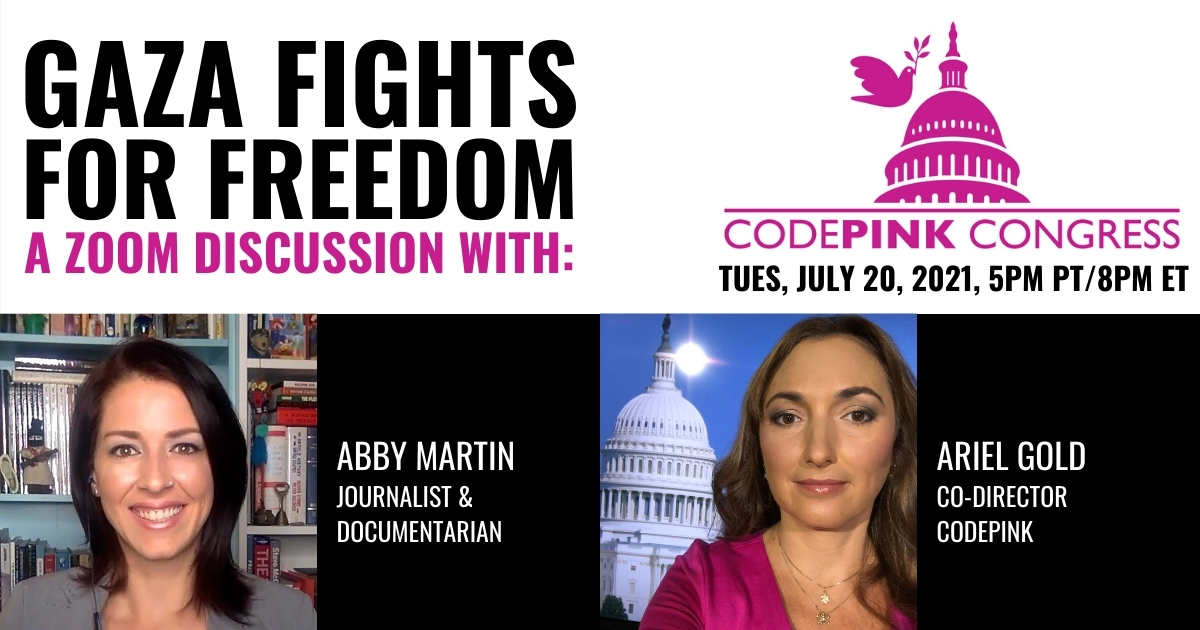 On Tuesday, July 20, join CODEPINK Congress for film clips and a conversation with Abby Martin, the director of the documentary Gaza Fights for Freedom.

Filmed during the height of the 2018 Great March of Return protests, Gaza Fights for Freedom features exclusive footage of demonstrators demanding that Palestinian refugees be allowed to return to their homeland inside Israel. The documentary was filmed and produced by journalists within Gaza who risked their lives each week during the Great March of Return.

Abby Martin is a journalist and documentarian. In addition to directing Gaza Fights for Freedom, she hosts the web series The Empire Files and serves on the board of directors of the Media Freedom Foundation.