Women's Moral March on Washington with the Poor People's Campaign 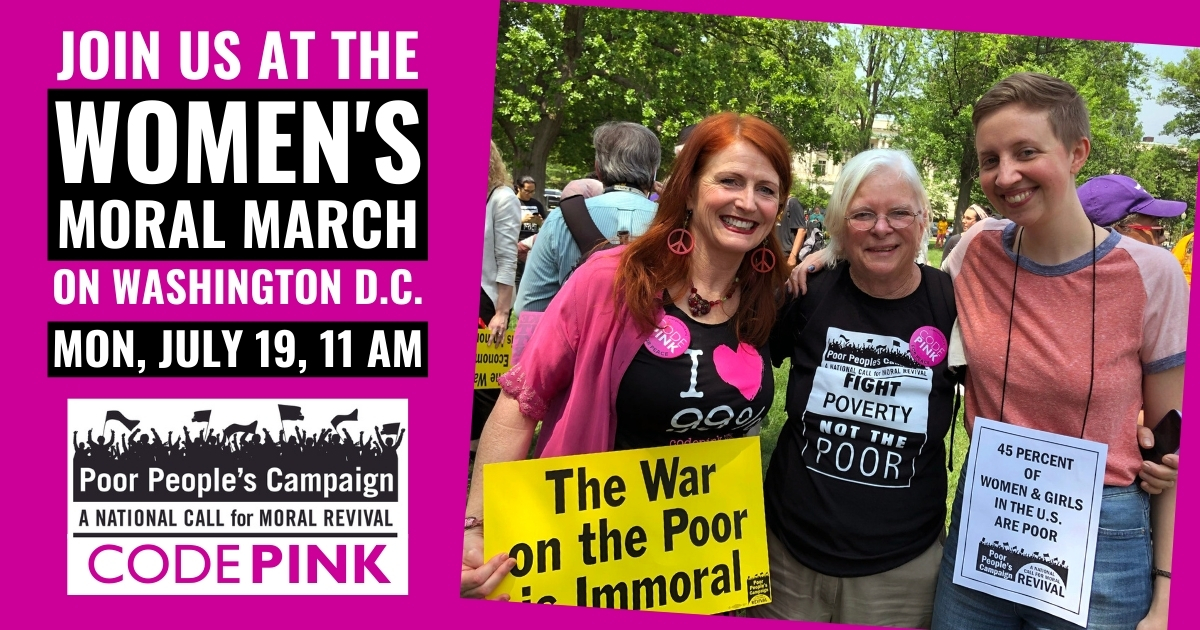 Join us for the Women's Moral March on Washington Monday, July 19th on the anniversary of the Seneca Falls Convention in 1848. And 173 years later, we see that Congress continues to finance corporations and endless wars instead of protecting voting rights, supporting a living wage and funding the needs of the people!

March with CODEPINK's Co-Founder Jodie Evans, and Co-Chairs Rev. Liz Theoharis and Rev. WIlliam Barber of the Poor People's Campaign and be heard! The 19th will kick off a season of Moral Mondays pressuring Congress to act on the above demands before their August recess.

RSVP to join us, and receive further opportunities to engage on these issues!

See you there in Pink!