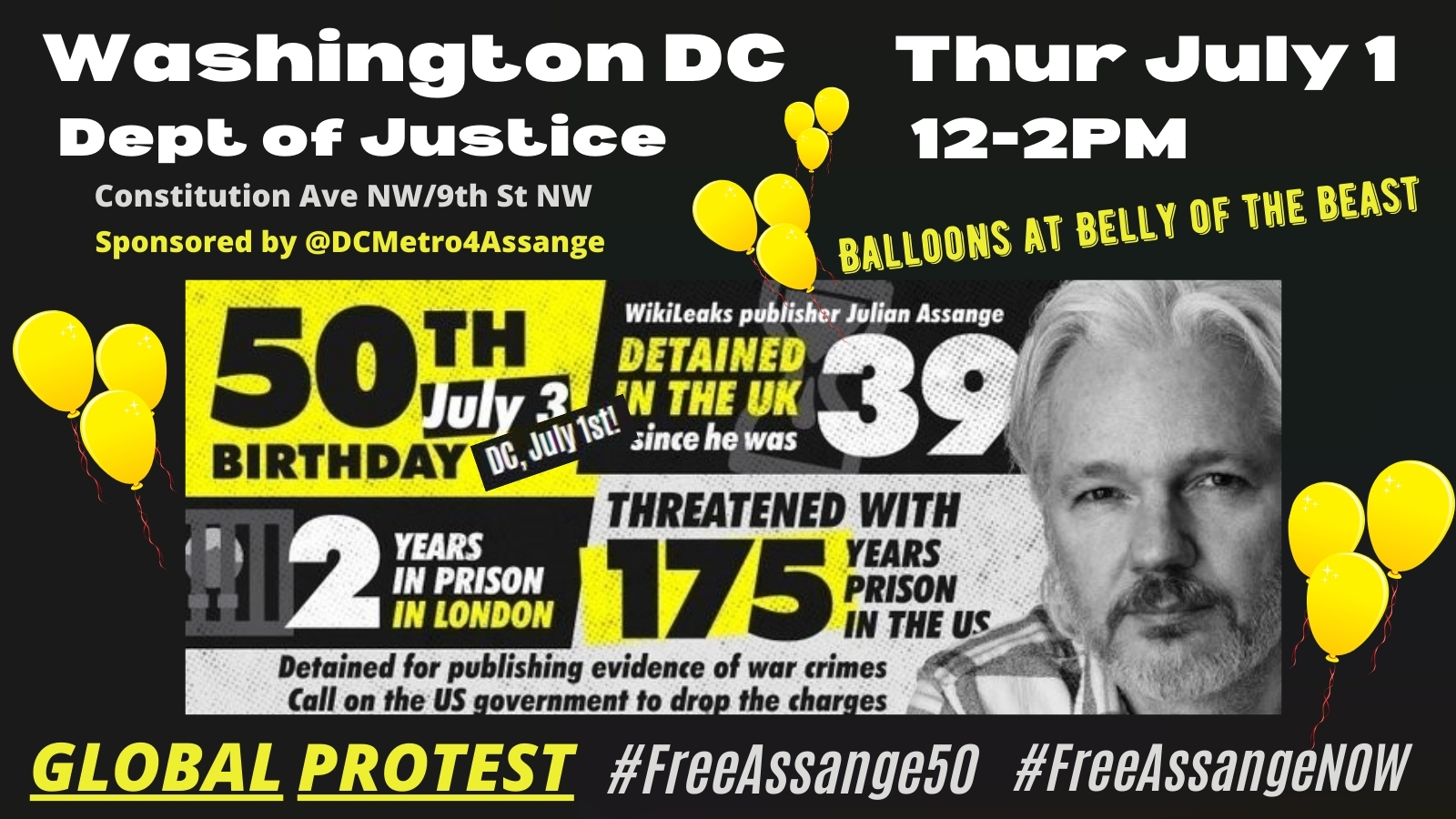 The father and brother of award-winning Australian journalist Julian Assange are on a nationwide tour of the United States calling on the U.S. government to drop its prosecution and finally let Julian come home. Julian Assange’s only “crime” is that of exposing crimes the U.S. government hoped to keep the world from knowing. Their last stop on the tour is Washington DC!

Join CODEPINK to rally for Julian Assange's freedom! Hear from John and Gabriel Shipton, along with other speakers from this tour in front of the Department of Justice on Thursday, July 1st @12-2pm.