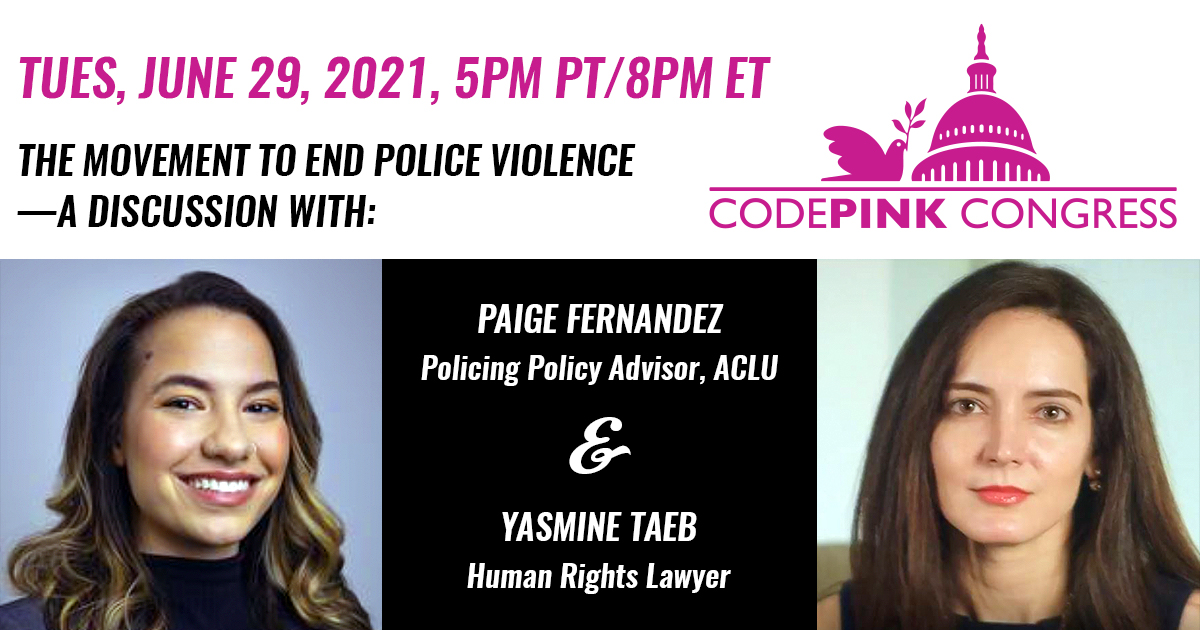 Paige Fernandez, policing policy advisor at the ACLU, is an advocate for reducing the role, power, and presence of police in communities.

Yasmine Taeb is a human rights lawyer and progressive strategist working to repeal the 1033 program that transfers military equipment to local police departments.

A year ago, millions of people joined the Black Lives Matter movement to protest the murder of George Floyd, defund the police, and repeal the 1033 program, which transfers weapons of war — bayonets, grenade launchers, and armored vehicles — to local police departments. Our guests will update us on proposed legislation to challenge the 1033 program, nationwide efforts to divest from policing, and new restorative justice approaches adopted by cities from New York to California.