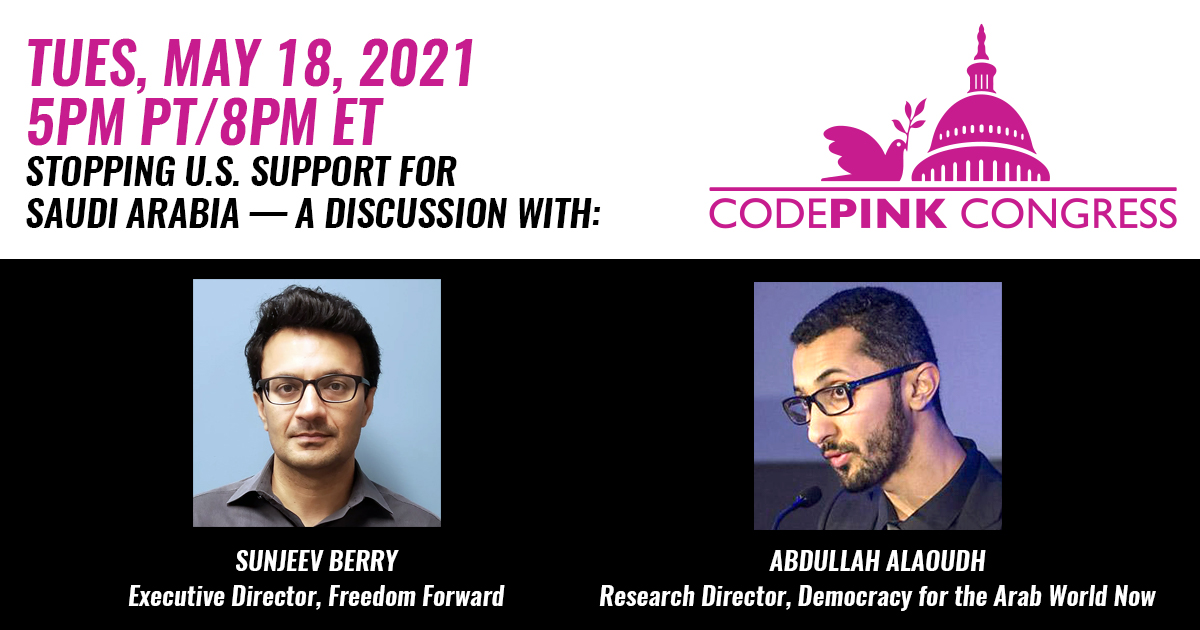 On Tuesday, May 18, CODEPINK Congress will feature two guests:

For years, the US has been selling billions of dollars in weapons to Saudi Arabia even though, since the end of Obama’s term, they have used these weapons to decimate neighboring Yemen. President Biden raised hopes among progressives when he put a hold on Saudi weapons sales, but he soon lifted that hold. Internal repression continues in Saudi Arabia against women, activists, human rights lawyers, and others who dare dissent. Why is the US so tied to the repressive Saudi regime and what can be done to change that? After the Q & A, we’ll take action against the LS2 lobby group that represents the Saudis, asking them to drop their Saudi clients. Don't miss this important conversation!