All Eyes on BlackRock SF 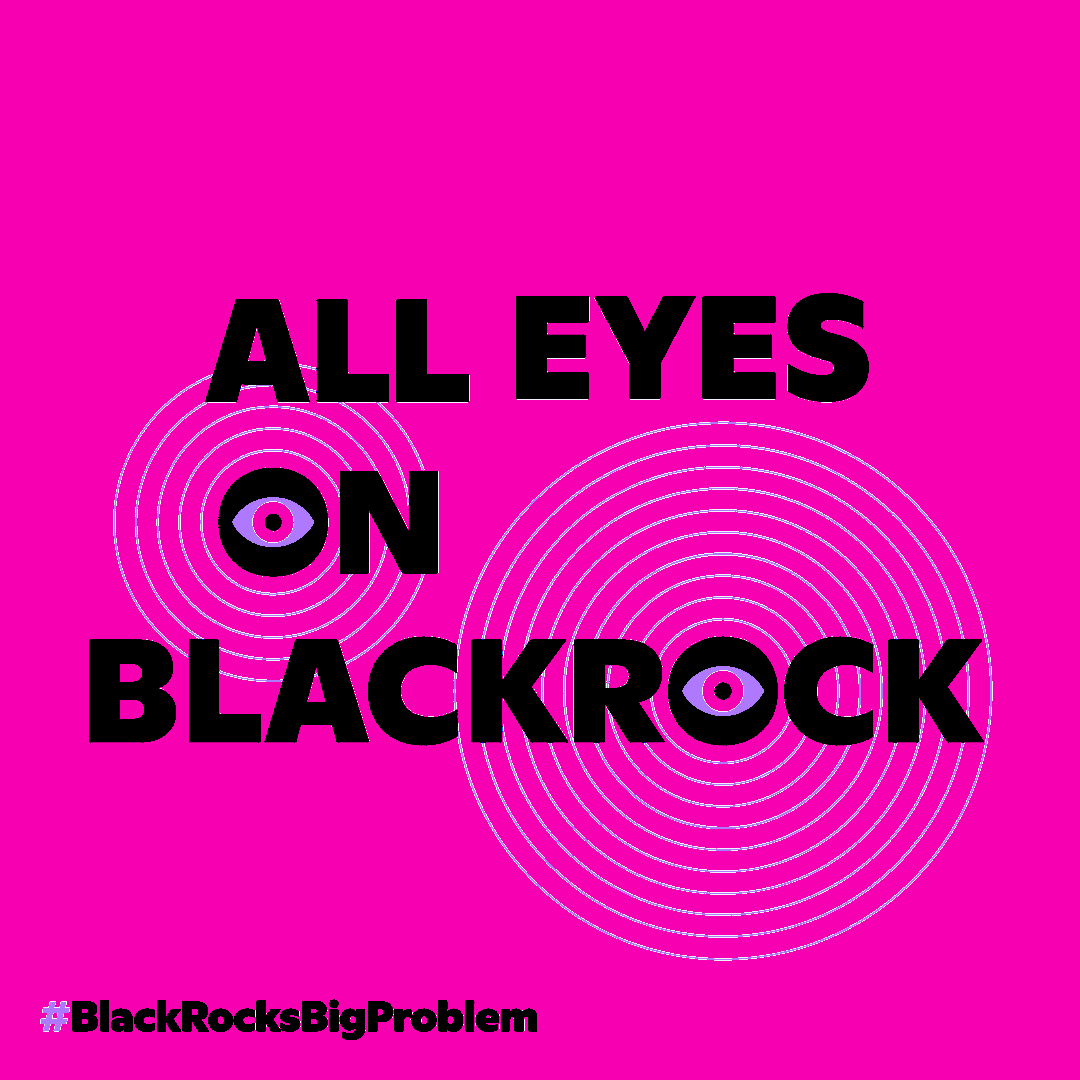 April 15: All Eyes on BlackRock

This spring is a key test of BlackRock. They’ve made big promises -- now it is up to grassroots pressure to see if they will live up to their word. All Eyes on BlackRock means we are paying attention to them, we see their commitments and will only be satisfied when they ACT.

Join us on Thursday, April 15th @ 12:00PM for presence outside of BlackRock’s San Francisco office at 400 Howard Street. We need volunteers to wear eyeballs masks. To volunteer email: [email protected]

We know that consistent, ongoing pressure can force BlackRock’s hand and get them to meet our demands. BlackRock is trying to have the best of both worlds. BlackRock’s leadership wants to be praised for making “green” promises that don’t go far enough or start soon enough to prevent impending climate catastrophe. Meanwhile, BlackRock continues to invest in fossil fuel companies and companies that drive deforestation and violate Indigenous rights. We’re not buying it.

Why: Hold BlackRock to their green promises!