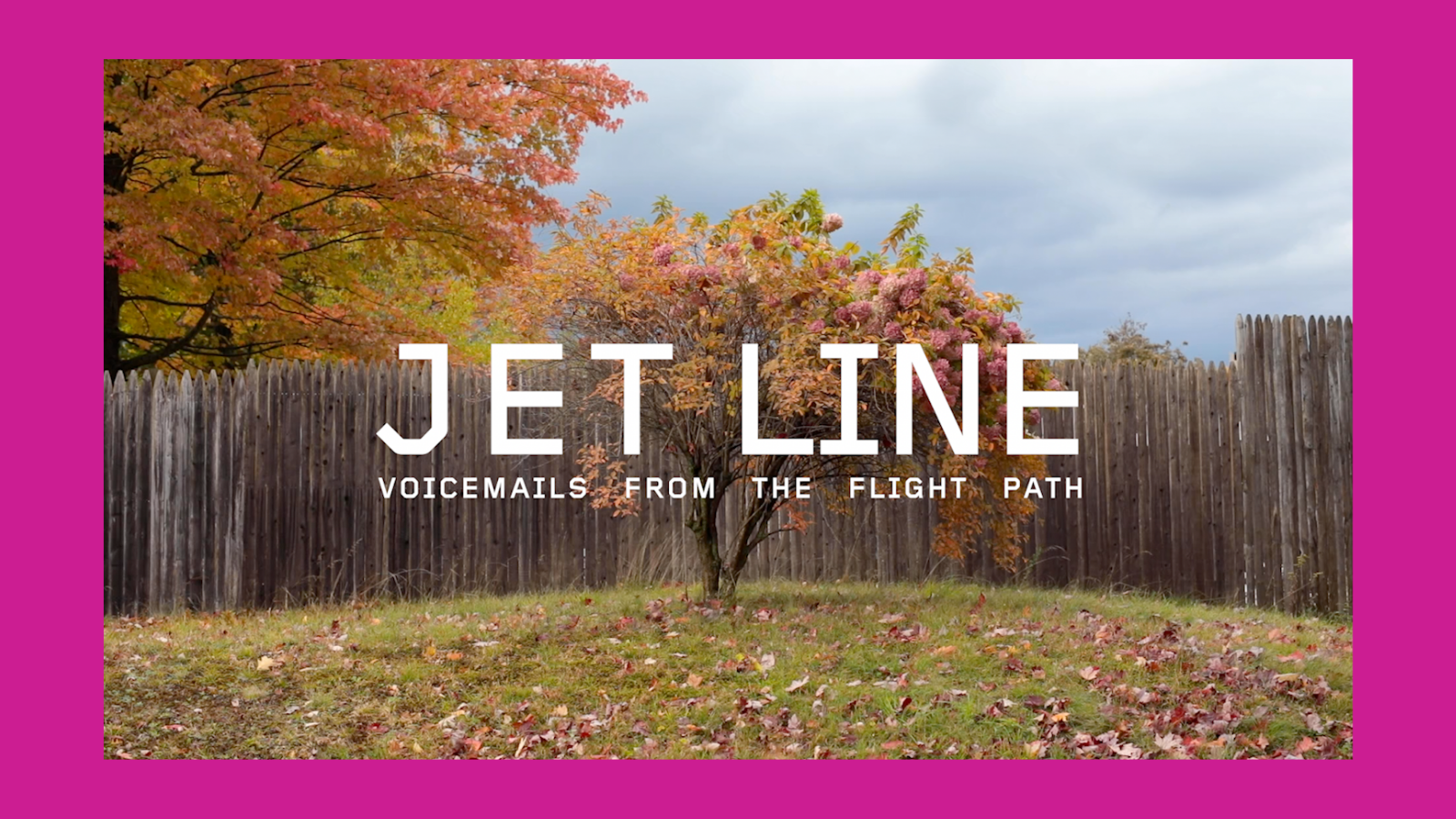 Two Burlington-area filmmakers have created a space for the community to share their experience of living under the F-35 flight path in a new short film. Jet Line premieres virtually on April 15th, 2021 at 7 pm EST, followed by a live audience Q&A with the filmmakers. Reservations for the free screening and discussion can be made at jetlinefilm.com.

The 12-minute film is described as “a poetic portrait of a community plagued by war machines, documenting untenable conditions in a small city once voted one of the best places to live in America.” Because of COVID restrictions, filmmakers Patrick McCormack and Duane Peterson III used a voicemail hotline to record more than 100 area neighbors anonymously. They paired this outpouring of emotion with tranquil scenes of residential areas, creating a stark and provocative juxtaposition.

“We wanted to explore how the quality of life in our city has been affected by one of the US military’s most controversial weapons systems,” the filmmakers write in their Directors’ Statement. “The response was overwhelming, in part because nearly all attempts by concerned citizens to lodge formal complaints have been met with silence.”

Community efforts to organize and protest the placement of the F-35s have been ineffective. More recently, the cities of Burlington, South Burlington and Winooski have been trying to mitigate the effect of the jet noise on thousands of homes near the airport.

The production of Jet Line was supported by Save Our Skies VT and the Peace and Justice Center of Vermont.