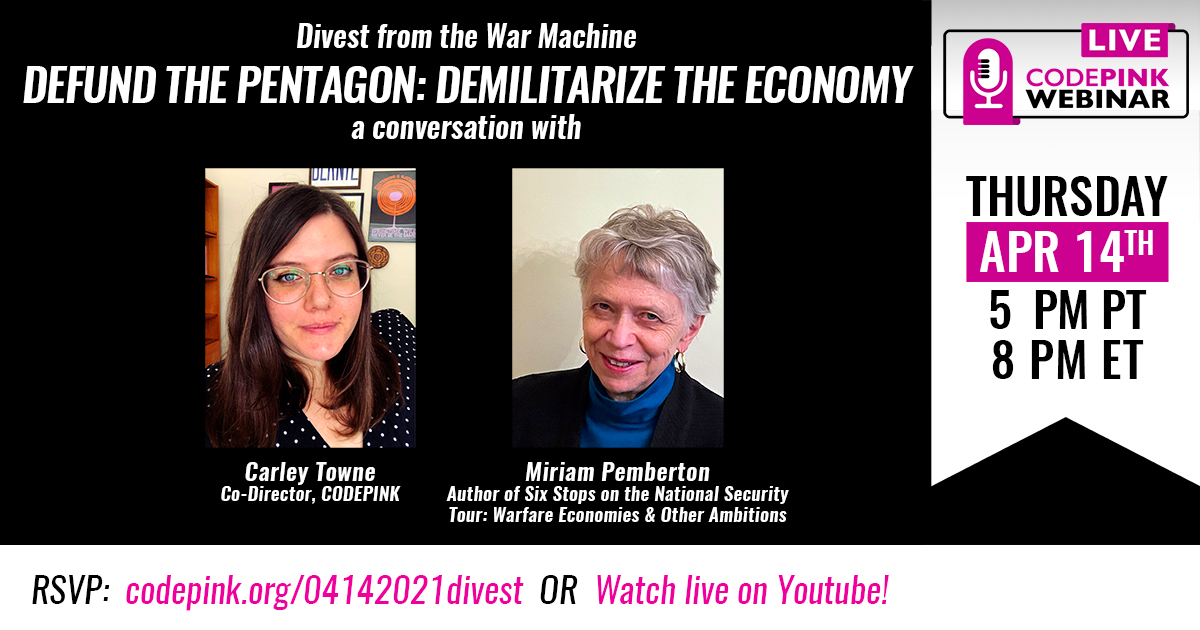 Join us for our next Defund the Pentagon Webinar on April 14 at 5PM PT/8PM ET!

During this webinar, CODEPINK Co-Director Carley Towne will be in conversation with Miriam Pemberton, author of Six Stops on the National Security Tour: Warfare Economies & Other Ambitions about how we can demilitarize the economy.

Miriam Pemberton has been thinking about how to demilitarize the economy for ... decades.  She was an editor and then director of the National Commission for Economic Conversion and Disarmament, and for twenty years a Research Fellow at the Institute for Policy Studies, where she directed its Peace Economy Transitions Project.  Between 2006 and 2012 she headed up the coalition that produced the annual "Unified Security Budget for the United States" and through 2015 led the Budget Priorities Working Group.  With William Hartung she edited Lessons from Iraq: Avoiding the Next War (Paradigm, 2008), and is at work on Six Stops on the National Security Tour: Warfare Economies and Other Ambitions (Routledge, 2022).  She holds a Ph.D from the University of Michigan

RSVP to receive the zoom link to join