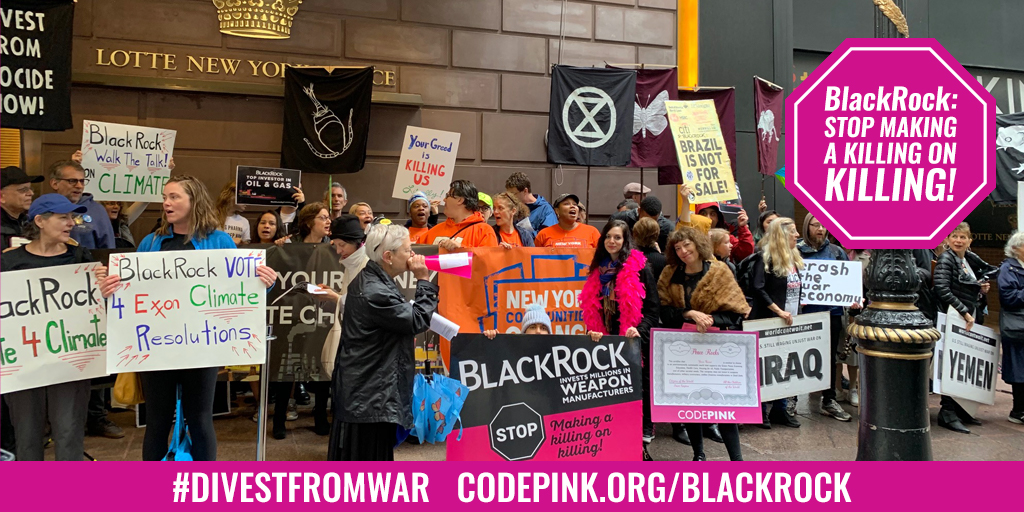 BlackRock has billions of dollars invested in weapons companies such as Lockheed Martin, Raytheon, Northrop Grumman, Elbit, and General Dynamics. They position themselves as promoters of human rights, yet they continue to invest in weapons. They are making a killing on killing.

Can you see the contradiction? BlackRock said it would like companies to implement human rights processes; however, they continue to profit from war. BlackRock even has an iShares fund that exclusively benefits from weapons of war. We call on BlackRock to hold themselves accountable and demonstrate their commitment to human rights by divesting from weapons manufacturers. Sign the petition to BlackRock.

BlackRock is propping up wars, brutal conflicts, and human rights violations on a global scale by investing in weapons manufacturers. While BlackRock makes a killing on killing, we all pay the price exacted by companies who waste public money, pollute our environment, and send excess weapons back into our home communities.