On The Ground in Iraqi Kurdistan 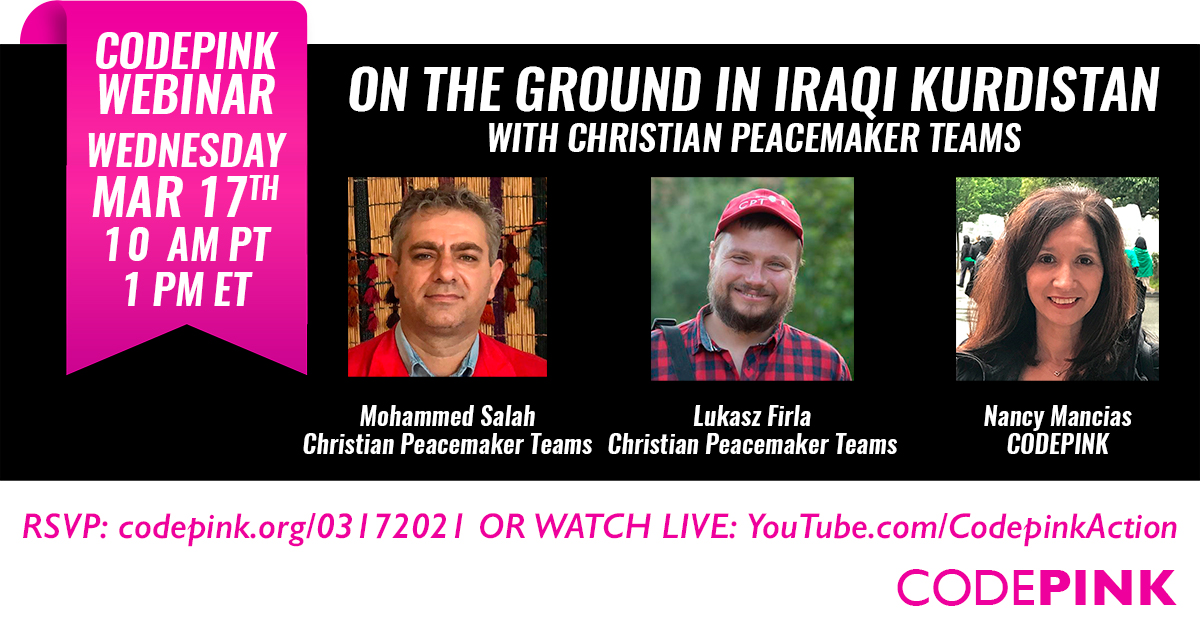 Mohammed and Lukasz will talk about the dire situation in Iraqi Kurdistan.

A significant case is underway this week in Erbil, where several human rights defenders and journalists were unjustly sentenced to six years in prison. For speaking publicly about human rights abuses to international consulates and organizations, the government led a false smear campaign against them, and they were charged with espionage. This case of the "Badinan Prisoners" has been closely followed by CPT. The sentencing has been devastating for their families and sets a dangerous precedent for others speaking out against human rights abuses in IK.

Also, learn about the constant bombardment from Turkey and Iran on the border regions of Iraqi Kurdistan. Turkey has recently launched several military campaigns against the Kurdistan Workers Party (PKK) within Iraqi Kurdistan. These actions impact civilians causing loss of life, land, and livelihood throughout the affected areas. The Turkish military uses drones, warplanes, helicopters, and mortars to bomb villages and farmlands while moving troops and building bases far into IK. This constant onslaught on the local population and migrant Shepard community is seldom reported, with CPT being the only international NGO doing unarmed accompaniment in these areas.

Also, learn about the significant role the US holds in northern Iraq.

Please RSVP for the Zoom information.