March 6 Stop the War in Ukraine Global Day of Action 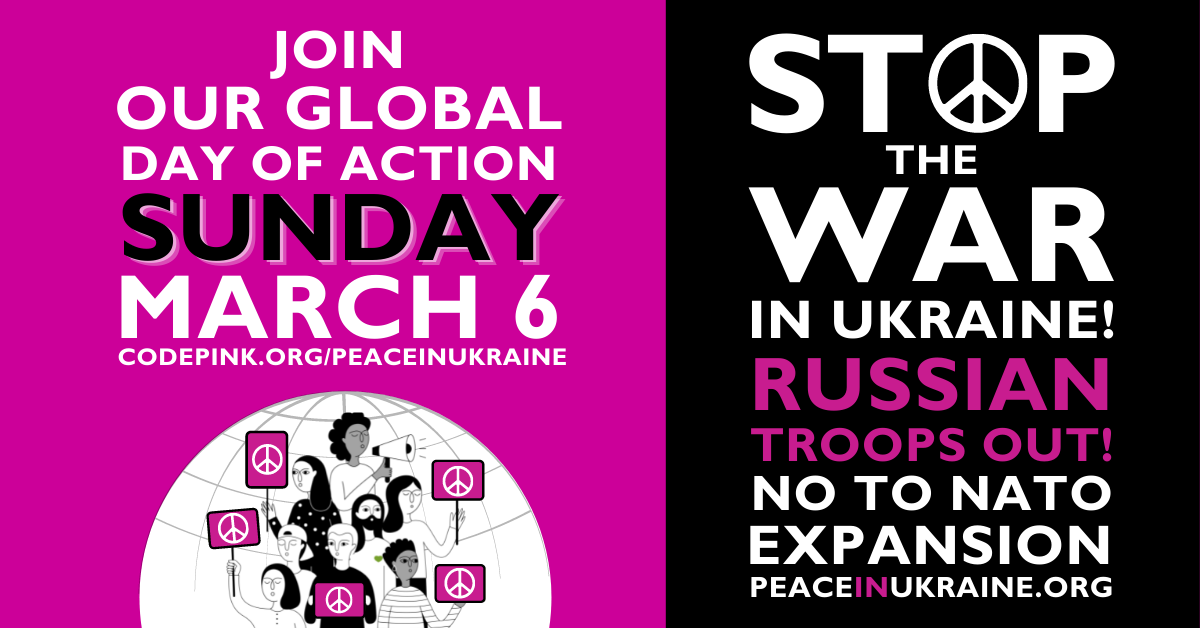 Find or host a March 6 event here, hosted by CODEPINK, Stop the War Coalition, the Campaign for Nuclear Disarmament, and the No To NATO network

CODEPINK strongly condemns Russia’s invasion of Ukraine, where over 350,000 civilians have fled the country in fear of explosive weapons and missile attacks, while remaining residents from eastern to western Ukraine seek refuge in underground subways and bomb shelters. As an international peace organization, we call for an immediate ceasefire, negotiations without preconditions, withdrawal of Russian troops from Ukraine, an end to NATO expansion and a return to the negotiating table to address the security interests of all stakeholders. We stand in solidarity with the Ukrainian people under vicious attack and with the thousands of courageous Russian anti-war activists risking arrest and imprisonment to protest in the streets of Moscow and St. Petersburg.

➡️ Sign the petition to President Biden. Ask him for rigorous negotiations and not to impose broad sanctions that harm ordinary Russian people.

➡️ Contact your representatives in Congress. Tell them to oppose legislation to transfer weapons to Ukraine that will escalate this already dangerous and deadly war.