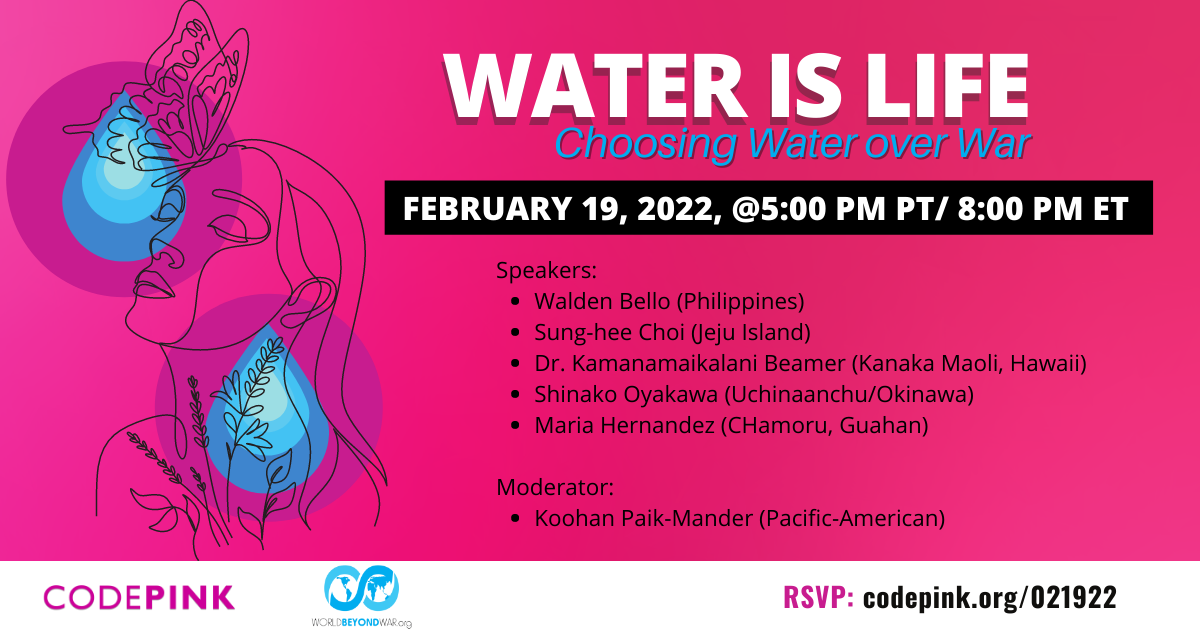 👉Register for the webinar here!

During the U.S. holiday of Thanksgiving last year, military families in Hawai'i turned on their water faucets, and what came out made their homes smell like a petrol station.

It turned out that the U.S. Navy's Red Hill fuel tanks had been leaking petroleum into the drinking water. The contaminated aquifer supplies 90% of the island of Oahu. The State Dept. of Health ordered the Navy to drain the tanks, but the Navy flouted the order, saying it will appeal, with no regard whatsoever for the health and safety of the very citizens it professes to protect.

The U.S. military's priority—above all—is confrontation with China and Russia. It insists that "security" must come first. But its willingness to sacrifice clean drinking water and a livable future is nothing short of blasphemy.

In its mission to contain China, the U.S. has been ramping up the militarization of the Pacific over the past decade -- and with it has come increased contamination and cultural genocide. Not just in Hawai'i, but also in Korea's Jeju Island, the Philippines, and also on islands still bound by colonial shackles, such as Okinawa and the Ryukus, and Guam and the Marianas. Like Hawai'i, these sacred places have been ill-fated to serve as the strategic nodes from which war against China would be launched.