Defund the Pentagon Webinar: From Arms to Renewables, a conversation with Investigative Journalist Taylor Barnes 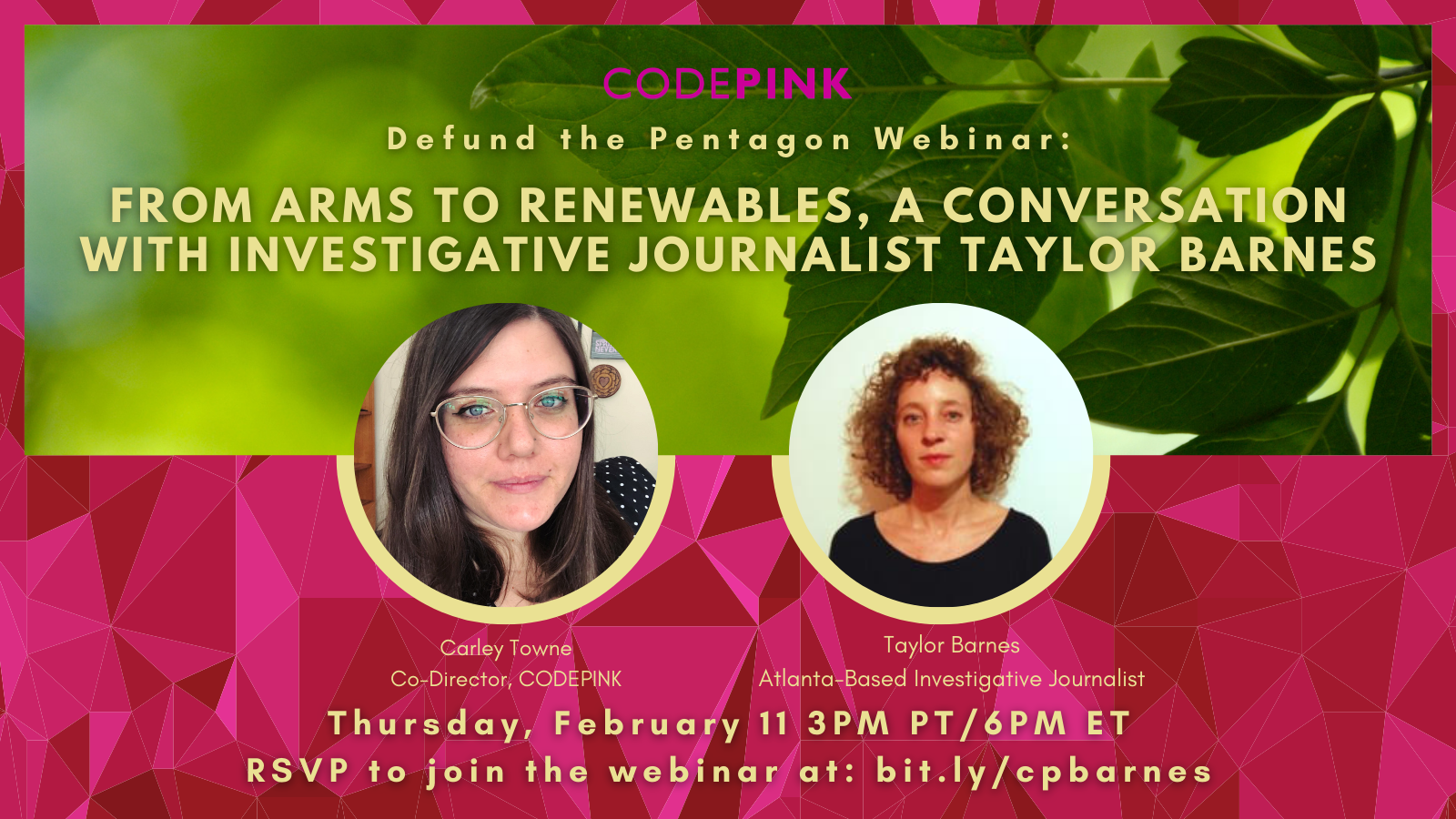 RSVP here to receive the zoom link to join the webinar

The 2021 budget for the Pentagon and related agencies is $741 billion, larger than the next eight countries combined. This year Congress voted to increase the military budget by $30 billion, an amount that exceeds the entire budget of the Environmental Protection Agency.

In 2021 we will spend over $2 billion a day on the U.S. military, more than a million dollars every minute.

At the same time, the movement to Defund the Pentagon and invest in our local communities is growing.

But how will we transition from a war-based economy to a local peace economy?

During this webinar we’ll hear from Taylor Barnes, a a multilingual Atlanta-based investigative journalist who covers militarism, the defense industry, and foreign affairs, about their recent piece in Southerly Magazine, “ From arms to renewables: How workers in this Southern military industrial hub are converting the economy”

Taylor Barnes is a multilingual Atlanta-based investigative journalist who covers militarism, the defense industry, and foreign affairs. Her work has appeared in The Intercept, In These Times, Southerly, Scalawag Magazine, Public Radio International, USA Today, and the New York Times.