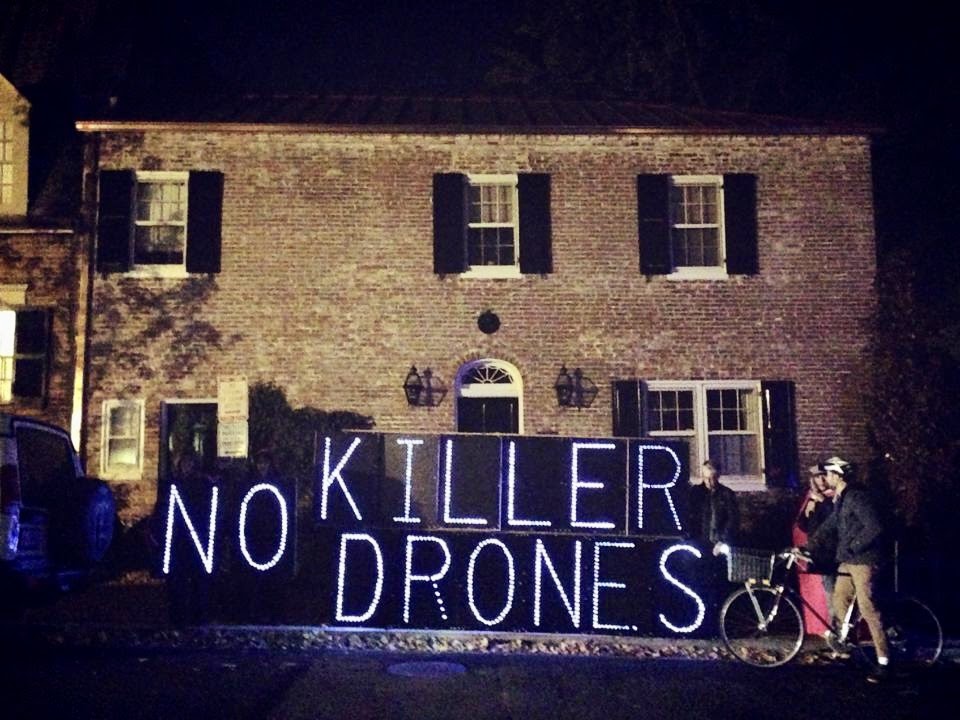 President-elect Biden’s choice for Secretary of Defense has turned out to be one of the most controversial and difficult of his Cabinet appointments. The early front-runner, Michèle Flournoy, was originally seen as a shoo-in and was touted as a great breakthrough for women, but her hawkish views have provoked serious concerns. Biden now appears to be also considering two Black Americans promoted by the Congressional Black Caucus: Jeh Johnson and retired General Lloyd Austin.

All three are flawed candidates to anyone who wants to see an end to the endless wars and to stop the revolving door between the Pentagon and military contractors. They all sit on boards of companies that profit from militarism—Johnson at Lockheed Martin, Austin at Raytheon and Flournoy at Booz, Allen, Hamilton. All have supported most or all post-9/11 U.S. military interventions. None would be our preference.

But Biden is not going to appoint someone truly committed to peace and disarmament, like Congresswoman Barbara Lee or retired Colonel Ann Wright, a senior diplomat who resigned from the State Department to protest the Iraq War.

So who is the “least worst” choice? While General Austin has some good qualities—his experience in overseeing major troop withdrawals from Iraq and his opposition to further U.S. involvement in Syria—appointing a recently retired military officer would violate long-standing traditions and laws that stipulate that the Secretary of Defense must be a civilian.

The Republican-controlled Senate set a dangerous precedent when it approved a waiver of the National Security Act and confirmed General Mattis as Trump’s Defense Secretary in 2017. As Senator Kirsten Gillibrand, the Chair of the Senate Armed Services Subcommittee on Military Personnel, said at that time, "Civilian control of our military is a fundamental principle of American democracy, and I will not vote for an exception to this rule." We agree.

That leaves Flournoy and Johnson. We are afraid that Flournoy would be an especially dangerous choice for America and the world. Given the additional time that President-elect Biden is taking over this decision, he, too, seems to have reservations about her.

As Under Secretary of Defense for Policy during Obama’s first term, Flournoy clearly did not see eye-to-eye with Vice President Biden on many of the Obama administration’s most fateful decisions. Biden opposed military escalation in Afghanistan, while Flournoy supported it. Flournoy also backed military intervention and regime change in Libya, while Biden insists that he argued strongly against it.

Flournoy has held a head-spinning number of revolving door positions—her board seat at Booz, Allen Hamilton, co-founding WestExec Advisors, the Center for a New American Security, and advising the private equity firm Pine Island Capital that is heavily invested in military industries, and other compromising jobs.

Even more problematic, however, is that Flournoy has repeatedly demonstrated throughout her career, both in her official Pentagon positions in the Clinton and Obama administrations and in her published writings and statements, that she actually believes in the normalization of war.

She was the main author of the Clinton administration’s 1997 Quadrennial Defense Review (QDR), which politically justified the unilateral use of U.S. military force all over the world. For Flournoy, normalizing war was just a matter of making a persuasive political case for the widespread use of military force, by defining things like “preventing the emergence of a hostile regional coalition” and “ensuring uninhibited access to key markets, energy supplies and strategic resources” as “U.S. vital interests” that justified the use of force.

In every U.S. dispute with other countries since the 1997 Defense Review, she has supported exactly the kind of threats and uses of force that she set out to ideologically legitimize in the QDR, from invading Iraq to attacking Libya to militarily confronting China to fighting “hybrid” wars—a mix of conventional war, insurgencies and cyber threats. “In the future,” she blithely says, “warfare may come in a lot of different flavors.”

So what about Jeh Johnson? From 2009 to 2012, under Obama, he served as General Counsel of the U.S. Department of Defense, where he was the senior legal official signing off on air strikes, drone strikes and other U.S. uses of force around the world. Johnson wrote the still secret legal memos that justified the targeted killing of people overseas by drones—a program that has killed many innocent civilians.

Legal experts were highly critical of both Obama’s policy and Johnson’s defense of it. We at CODEPINK repeatedly protested against Johnson, including projecting images of drone victims on his elegant home in Washington, D.C. We also opposed many of his policies as Secretary of Homeland Security in Obama’s second term.

But there are indications that Johnson would be more inclined toward restraint in the threat and use of force, reliance on peaceful diplomacy and compliance with U.S. and international law than Flournoy.

While Flournoy supported the 2011 US/NATO bombardment of Libya, Johnson did not. He advised Obama that the bombing constituted “hostilities” under the War Powers Act and must be ended by May 20, 2011. Tragically, Obama chose to ignore that advice from his top military lawyer and what Biden says were strong arguments against that war from his Vice President.

Johnson has also been quite unique among U.S. officials who have served the U.S. post-9/11 war machine in calling for the demilitarization of U.S. anti-terrorism policies and questioning the normalization of war that Flournoy worked to legitimize.

In 2012, while still at the Pentagon, Johnson made two ground-breaking speeches, one to the American Enterprise Institute and one to the Oxford Union debating society in the U.K., in which he discussed ending the U.S.’s militarized terrorism policy and once again treating terrorism as a crime to be dealt with by civilian law enforcement. He went on to say this:

“War must be regarded as a finite, extraordinary and unnatural state of affairs. War permits one man – if he is a ‘privileged belligerent,’ consistent with the laws of war -- to kill another. War violates the natural order of things, in which children bury their parents; in war parents bury their children. In its 12th year, we must not accept the current conflict, and all that it entails, as the ‘new normal.’  Peace must be regarded as the norm toward which the human race continually strives.”

Johnson went on to explain that, like Martin Luther King, Jr., he graduated from Morehouse College in Atlanta. “I am a student and disciple of Dr. King,” he said, “though I became an imperfect one the first time I gave legal approval for the use of military force.”

For Johnson, war cannot be the “new normal,” and no clever political arguments can make it so. His actions at the Pentagon appear to weigh on his conscience and conflict with his moral compass. Whatever the political or legal justification, war is still a “finite, extraordinary and unnatural state of affairs.”

Johnson’s views echo what former President Jimmy Carter said when he accepted the Nobel Peace Prize in 2002, “War may sometimes be a necessary evil. But no matter how necessary, it is always an evil, never a good. We will not learn how to live together in peace by killing each other’s children.”

If, as reported, President Biden is trying to choose between Michèle Flournoy, General Austin and Jeh Johnson for Secretary of Defense, we urge him to choose the one out of the three who has upheld this basic principle that most Americans believe in, that war is “extraordinary and unnatural,” and peace is “the norm toward which the human race continually strives.”

Medea Benjamin is cofounder of CODEPINK for Peace, and author of several books, including Inside Iran: The Real History and Politics of the Islamic Republic of Iran. She is a member of the writers’ group Collective20.